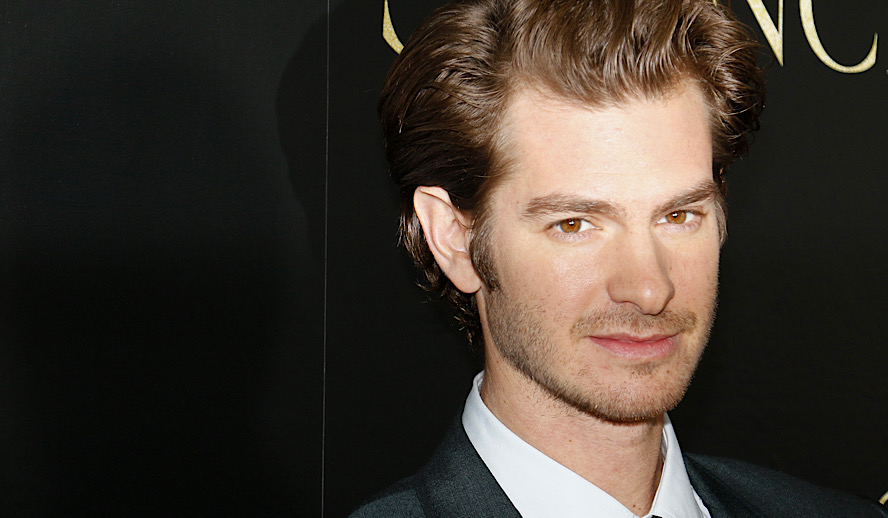 Andrew Garfield has been the talk of the town on social media, from people talking about his role as Spider-Man and his incredible performance in ‘Tick, Tick… Boom!’, which earned him a Golden Globe award for best actor. Many people are saying that his best performance is when he attempts to deny that he is in the ‘Spider-Man: No Way Home’ in interviews. Clips of Garfield have been trending on Twitter, Tik Tok, and YouTube and it’s making people revisit the films he has been in. The most popular clip that seems to trend on Twitter every couple of months is from the film ‘The Social Network’ and it’s the iconic computer smashing scene.

After ‘Spider-Man: No Way Home’, Spider-Man fans were giving Garfield’s Spider-Man more respect in terms of who is the best Spider-Man argument. Garfield’s portrayal of the popular comic book hero was often compared to Tobey Maguire’s and Tom Holland’s portrayal, with most fans agreeing that Garfield’s portrayal was the worse. The Amazing Spider-Man films are often ranked low compared to other Spider-Man films, plenty of fans agree that Andrew Garfield is a great actor but wasn’t given a good script. ‘No Way Home’ proved that Garfield’s Spider-Man can be as great as the other Spider-Men if given a great script. There’s a petition called “Make “Amazing Spider-Man 3” starring Andrew Garfield” on change.org stating that “This movie (‘Spider-Man: No Way Home’) reminded us that Andrew and all his witty spider-like banter, is a great Spider-Man. But most importantly, a Spider-Man that deserves something. Something that Tobey and Tom respectfully had.”

The overwhelming love for Garfield’s Spider-Man kicked off his resurgence on social media,  Leading fans to post thirst tweets about the actor, watch past interviews, and discover that Garfield can sing in the film ‘Tick, Tick… Boom!’ Garfield’s fans were urging others that loved his performance in the new Spider-Man film to watch the musical. This made the song “Therapy” trend on Tik Tok with people recreating the choreography from the film. Garfield has never sung before being cast in the film. However, Garfield isn’t a stranger to Broadway, director of ‘Tick, Tick… Boom!’ is Lin Manuel Miranda who is behind the popular Broadway musical ‘Hamilton’ saw Garfield’s Tony award-winning performance in ‘Angels in America’ and wanted him to play Jonathan Larson.

Garfield fully embodies himself into his performance as Jonathan Larson. According to New Musical Express (NME), a few months before filming the musical Garfield lost his mother to pancreatic cancer. So not only is Garfield honoring Larson with his performance, he is honoring his mother as well. Garfield told NME “It was the exact story that I needed for my healing. I got to wake up every morning and honor Jon and make him come alive again. But also to be able to sing my mum’s unfinished song as well, and to give my energy and my voice in my heart to her legacy as well as Jon’s legacy.”

Now that Garfield has worked with Miranda, I think this will be the start of Garfield’s musical career. It’s known that Miranda casts his past colleagues in musicals and now that Miranda has seen that Garfield can sing, I won’t be surprised if we see Garfield having a lead role in Miranda’s next musical. I love what he did in ‘Tick, Tick… Boom!’ and it made me love him as an actor even more.

What makes Andrew Garfield Stand Out

What many people love about Garfield is that he’s humble, open-minded, and philosophical. Fans of Garfield noticed how open he is to kissing other men and is asked about his sexuality often because of it. In a 2018 interview with Out magazine, Garfield was philosophical when asked about sexuality he stated “My stance toward life, though, is that I always try to surrender to the mystery of not being in charge. I think most people – we’re intrinsically trying to control our experience here, and manage it, and put walls around what we are and who we are. I want to know as much of the garden as possible before I pass – I have an openness to any impulses that may arise within me at any time.” Garfield identifies as heterosexual and thinks inclusion is important when telling stories about the LGBTQ+ community.

Garfield has even gotten in trouble by publicly stating that Peter Parker should be able to explore his bisexuality. In an interview with Pink News, Garfield explained how in a 2013 interview with Entertainment Weekly he expressed the idea of Peter Parker being bisexual, he told Pink News, “I was then put under a lot of pressure to retract that and apologize for saying something that is a legitimate thing to think and feel. “So I said: ‘OK, so you want me to make sure that we get the bigots and the homophobes to buy their tickets?’” Garfield is remembered for this often and believes Spider-Man stands for everyone no matter the race or sexuality.

The 38-year-old actor tends to tap into his spirituality when asked questions about love or life. In an interview with ET Canada, Garfield says, “I find spiritual pursuit to be the only pursuit, really for me. And that’s with my work and otherwise. There’s an acute awareness of just the ephemeral nature of this. And that is what gives it all meaning. I think the consideration of what’s going on behind everything is the only thing I’m interested in.” With this mindset, Garfield deserves all the success coming to him and it makes sense why the media is fascinated with him.

Garfield will be next seen in an upcoming FX mini-series titled ‘Under the Banner of Heaven’. The series is based on a book of the same name and doesn’t have an official release date yet. Garfield will play an LDS elder named Pyre who is committed to the church but begins to question the Church’s teaching through his contact with a suspected murderer.