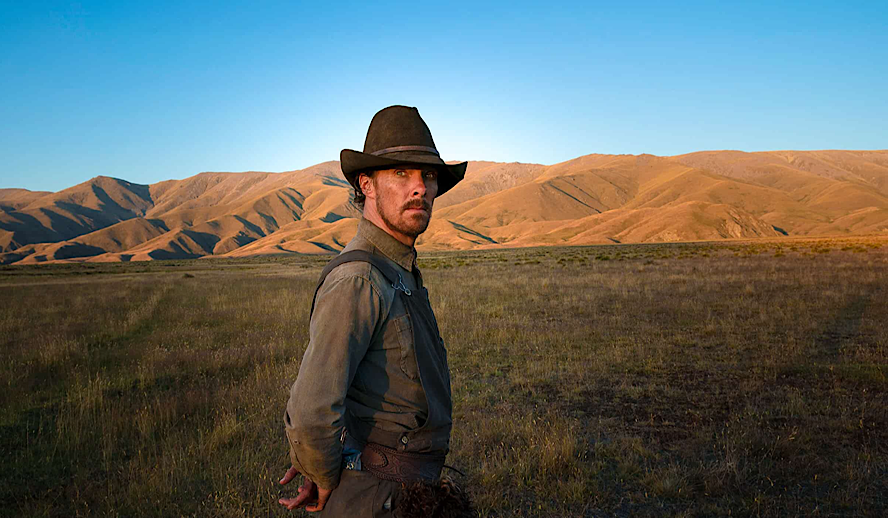 Photo: ‘The Power Of The Dog’

Benedict Cumberbatch is often casted in roles as the quirky, occasionally arrogant, genius. But in the upcoming film, ‘The Power Of The Dog’, he takes on a completely new character. Based on the semi-autobiographical 1967 novel by Thomas Savage, comes a story about two brothers living in Montana in 1925. The film premiered at the 78th annual Venice Film Festival, but it’s limited release will be on November 17th. On December 1st the film will be available for streaming on Netflix. Written and directed by Jane Campion, the film has strong themes about toxic masculinity and power dynamics and what we do to survive.

‘The Power Of The Dog’  – Plot Synopsis

Even though it takes place in the 1920s, the remnants of the wild west is still very much alive for these characters. Cumberbatch undergoes a transformation, becoming Phil Burbank, a nasty temperamental cowboy running a successful cattle ranch with his younger brother George (Jesse Plemons). IndieWire said, “To describe Phil as a poster boy for toxic masculinity would fail to capture the essence of a man whose testosterone has grown thick enough to clog the blood in his veins.” The brothers could not be more different: Phil is a homophobic alpha male, who finds entertainment in tormenting those around him as a way to show his dominance, including over his much more sensitive, clean-cut brother.

Their relationship, alongside several other allusions to biblical stories, is not too far from Cain and Abel which keeps tension high throughout the course of the film. Unexpectedly, George falls in love and marries timid Rose, played by Kirsten Dunst, who is the widowed owner of a nearby hotel. Not only is Phil filled with complicated emotions because of the marriage, but he gets even more worked up by Rose’s son Peter. Peter is a gawky aspiring medical student, who has a lisp and makes paper flowers for his mother’s centerpieces. As BBC puts it, “If George falls short of Phil’s picture of how a rancher should behave, the skinny, effete, artistic Peter is far worse.” Phil’s outlook on life has been shaped by his hero, the long gone cowboy Bronco Henry who taught him everything about horses and what a real man should be. He believes that  strength comes from the ability to conquering one’s own nature, and success can only be held by one person alone. Phil torments Peter until he suspiciously begins to take him under his wing.

The question starts to be asked, why is Phil so angered by intimacy, the love his brother found, and the tenderness of a boy? It calls back to Phil’s idol, Bronco Henry, who is starting to appear as more of a trauma response to abuse. The story combines elements from several genres, including western visuals (although Montana is actually filmed in New Zealand), ramping up intensity and suspense as you wait for Phil’s resentment to boil over into violence. BBC writes, “It seems at first to be an epic Western, but it becomes a brooding gothic melodrama in which relationships shift and long-buried secrets surface. Its slow-burning psychological mysteries may frustrate some viewers. But others will be gripped by the way Campion twists the conventions of the American frontier drama.”

Outstanding Performances By Cumberbatch and Dunst

Benedict Cumberbatch, who is known for his roles as Dr. Strange in the MCU and the titular star in the BBC series ‘Sherlock’. This character is different from the actor. While Phil is intelligent, referencing ancient Rome as well as college-educated, he is unlike the usual anti-social genius, Phil is a true terror. IndieWire reviewed his performance positively, saying, “Cumberbatch is astounding in the role, as the actor knots his default sarcasm into a lasso of constricted menace. The unforgettable performance that results — a definitive career-best — is at once both terrifying and terrified, though Phil would sooner die than admit what scares him.” Phil is more of a complex character than the audience is initially led to believe, with layers to his story and deep anger covering even deeper secrets.

Dunst, similarly stands out in her role as Rose. It is clear that Phil’s torment is affecting her as she sneaks sips of whisky from the linen closet. Time describes her performance as a fragile beauty who knows the years won’t be kind to her. Her real-life relationship with Plemons translates well onto the screen as the newlyweds, bringing moments of sweetness to the otherwise twisted film. She plays depressive vulnerability with grace, not unlike her role as Lux Libson in the iconic 1999 film ‘The Virgin Suicides’ or Justine in ‘Melancholia’ Not only is she afraid of Phil, but the anxiety of class change is also present in her character. She has gone from being a widow to being married to the wealthiest rancher, and the imposter syndrome that accompanies changing social class is visible.

Campion has had an incredible career leading up to this film, being one of only seven women to be nominated for an Academy Award for Best Director for her 1993 film ‘The Piano’, which she also won Best Writing and the Palm d’Or at Cannes Film Festival. “Nearly all of Campion’s work is pitched along the nebulous border that runs between desire and self-denial, genius and insanity. The Wellington-born filmmaker is drawn to characters — artists, but not always — who make beautiful homes for themselves in the middle, even if the rest of the world simply assumes they must be lost,” said IndieWire.

Her last film was over ten years ago with 2009’s ‘Bright Star’ and her return to the big screen is not unnoticed. Her films are often written from the perspective of the female gaze, making her a stand-out figure for women in film. When re-watching ‘The Piano’ more recently, Campion said, “I really felt excited by it. I thought, my God, this is a film told from a female point of view and nowadays that’s still so rare. Even when a story appears to be from a female point of view, it’s often an apology for it.”

The biggest difference in her newest film is that the central characters are male. However, the commentary on toxic masculinity and the need to sharpen softer aspect of one’s personality in order to protect themselves is an extremely feminist point of view. She also shows a keen awareness of power dynamics, as shown in one touching scene where George acts as a waiter for Rose, knowing it will calm the rowdy crowd protesting their marriage. Campion changes the conventions of western films and gives a psychologically gripping mystery.

The Guardian writes, “Campion shows the ways in which the men who set out to tame the frontier have instead been broken and bent to its will. Coarsened, desperate Phil Burbank longs to jump the fence and run free. The far hills aren’t the danger. It turns out that his troubles are much closer to home.” Her return to cinema is one to pay attention to, as ‘The Power Of The Dog’ is already being called one of the best films of 2021.