Jared Leto’s ‘Morbius’ Seems Unaware of Its Own Campiness 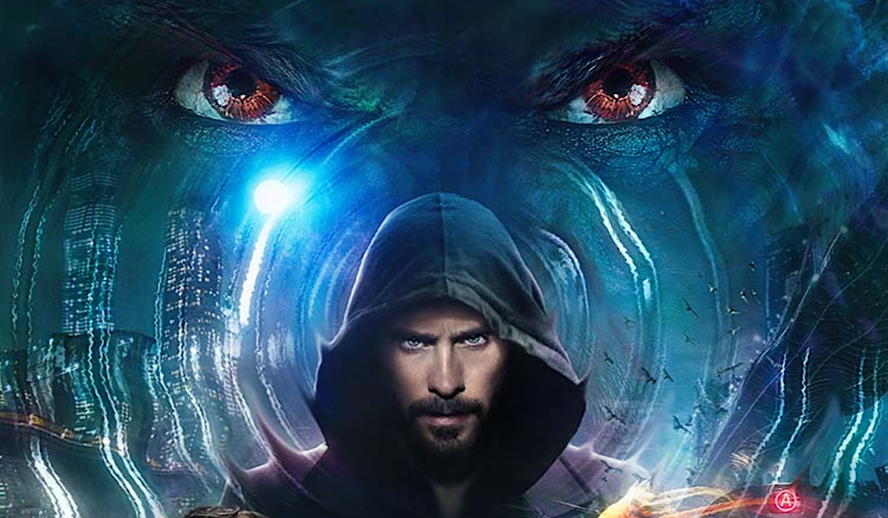 Cutting In The Wrong Way

A helicopter thrums its way through jungle cliffs, touching down at the entryway to a cave filled with bats that devour anything they come into contact with. The pilot warns his disabled passenger that they shouldn’t be around when it gets dark. The passenger hobbles to the entrance and cuts open his hand, causing the thousands of bloodthirsty bats within to swarm out of their hiding place.

Cut to the backstory of the passenger, Dr. Michael Morbius, who met his best friend in a care center for sick children. Morbius shows signs of brilliance at a young age. His friend feels rage at his own sickness. Cut to Morbius receiving the Nobel Prize. Cut to him at his hospital, where we learn he rejected the prize.

After the first half-hour or so of the movie, it still feels as though it hasn’t started. Things kick into high gear when Morbius undergoes his transformation. The rampage that follows is the highlight of the movie, an homage to slashers and monster movies past. Primed for a high-stakes thriller to finally begin, the audience instead gets an extended science sequence to make up for all of the jumpy non-development.

Unlike its vampires, ‘Morbius’ never quite takes flight.

I don’t know where the disconnect happened, but the team making this movie were not on the same page as to what kind of movie ‘Morbius’ is meant to be. It rests somewhere between monster movie, superhero movie, and teen vampire show, and doesn’t succeed at feeling like anything. Jared Leto gives an incredibly self-serious performance, and I wonder how much could be done with a script that obsesses over its protagonist’s underdeveloped moral quandaries.

Adria Arjona and Jared Harris, both charming as doctors Martine Bancroft and Emil Nicholas respectively, also suffer at the hands of the script. Their characters serve as Morbius’ love interest and Morbius’ mentor, and any further depth at all comes from the actors themselves.

The most jarring example of an actor at odds with their script comes from Al Madrigal, who plays Agent Rodriguez across from Tyrese Gibson as Agent Simon Stroud. Madrigal’s character, written like the comic relief in most Marvel movies, feels completely out of place in a movie so angsty. The jokes fall flat, largely due to the fact that they mostly take place at morbid crime scenes. It would be funny, except that the morbid crimes are the only substance underpinning Morbius’ angst, and Madrigal is aware enough about it to play Agent Rodriguez as a perturbed investigator who’s masking his frustration with humor.

Enter into this mess: Matt Smith, playing Morbius’ lifelong friend and eventual nemesis Milo. Either he received the only accurate direction while on set, or he somehow foresaw exactly what the movie would look like. Perhaps he just has the most experience with camp, having played the eleventh doctor in ‘Doctor Who.’ Smith embraces the campy, operatic mess that is ‘Morbius,’ one moment swaggering with obscene charm, the next reduced to an angry, confused child. He had fun with the angst, something the rest of the movie could have benefitted from.

On Tone: ‘Morbius’ vs. ‘Eighth Grade’

If you wonder why I bemoan the lack of fun in a movie about monstrously transformed, emotionally scarred men draining the blood from people’s bodies, perhaps a comparison is in order.

A series of killings ought to justify the serious tone of ‘Morbius,’ but when the premise is so absurd and the characters so moody, at some point it must be accepted that this movie is more about looking cool than anything. Rather than waste time trying to convince the audience that Morbius is a good guy at heart who just happens to play the bully when it comes to counterfeiters and thugs, it would behoove this film not to judge its main character for being the kind of self-absorbed “high-maintenance machine” (to borrow from The Mountain Goats) that teen vampire shows run on. Going full camp would at least be a distinct choice, in contrast to the tonal mess that is ‘Morbius.’

As an example of what I mean, I’ll refer to Bo Burnham’s extraordinary ‘Eighth Grade.’ The subject of the film–the anxieties that occupy our lives in middle school–will serve as the antithesis to the killings in ‘Morbius.’ Those anxieties, completely unserious in comparison to a streak of freakish murders, are thousands of times more uneasy to watch play out in ‘Eighth Grade’ than anything that happens in ‘Morbius.’ Burnham made the decision to treat every small moment as the most important moment in the world, the perfect choice for a story told by an eighth-grader.

Because of that distinct tonal choice, we have a scale against which everything measures, making the funny moments funny because of how they contrast with the more serious parts of the movie, and the emotional moments touching because we know exactly what the stakes are. With ‘Morbius,’ you don’t know whether you should laugh or cringe at the jokes, nor whether to enjoy or despise the fight scenes, and that’s because each scene feels like a vignette from another movie, and none of them are tonally consistent.

The comparison may seem arbitrary, but if the makers of ‘Morbius’ want for the movie to be taken seriously, and it seems as though they do, maybe a trick or two from a movie that managed to make the eighth grade, of all things, serious, would be beneficial.

Luckily for fans of this iteration of Michael Morbius, it looks like this is not the last the SSU (Sony Spider-Man Universe) will see of The Living Vampire. Without spoiling too much, the end credits scene teased the formation of the Sinister Six, a villainous league that has teamed up against Spider-Man several times in comic history. Jared Leto’s Morbius will, it seems, be among the villains if the idea comes to fruition.

Jared Leto himself stars in ‘WeCrashed,’ which will continue to air weekly throughout April. Adria Arjona will feature in ‘Father of the Bride’ in June, and Matt Smith will be a Targaryen in ‘House of the Dragon,’ which is coming to HBO Max in August.