‘Hit & Run’: A Grieving Husband Goes on a Mission to Avenge the People Who Killed His Wife 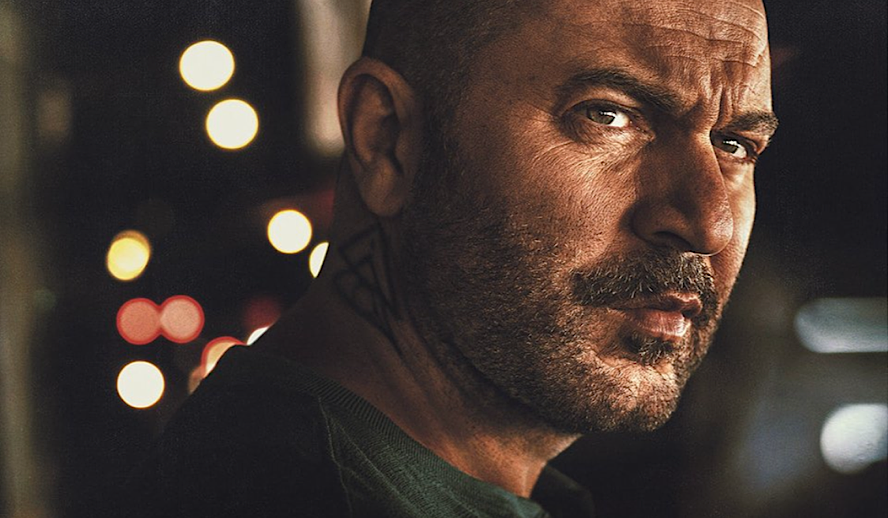 What lengths would you go to find out the truth behind the wrongful death of someone you love? Netflix’s original ‘Hit & Run’ tells the story of Segev Azulay (Lior Raz), a Tel Aviv tour guide, who goes to great lengths to investigate the real story behind the death of his American wife, Danielle (Kaelen Ohm).

Danielle is killed in a hit and run on her way to New York City, and what happens from there will make up the whole nine-episode season on Netflix. ‘Hit & Run’ is set to release on August 6, and excited viewers should buckle up and get ready to binge-watch all nine of the hour-long episodes once they came out.

Hit & Run’ has a twist, though; rather than just a man trying to avenge his wife’s death, he reveals secrets about his wife throughout the series, making him question whether he really knew who his wife was or if she ever loved him at all. That is the gist of what can be told so far from the series, but there are still more critical aspects to discuss regarding the upcoming Netflix action-thriller.

Who Can We Expect

Viewers will be able to see a variety of characters throughout the journey to finding the truth about Danielle, including Segev Azulay (Lior Raz), Danielle (Kaelen Ohm), Tali Shapira (Moran Rosenblatt), Naomi Hicks (Sanaa Lathan), and much more. Segev will, of course, be the leading man, grieving husband, and father for the entire show, and I am intrigued to watch his character develop as he reveals more and more about his wife’s past that he didn’t know about.

Danielle will be the hit and run victim and wife of Segev, and she will be featured in every episode. I am curious to see how this will play out as we all know she is the victim of a deadly hit and run and which I would assume more than likely happens in the first episode. Will she be featured in flashbacks, will she be an angelic figure, or what?

Tali Shapira will be Segev’s cousin and will actually be tagging along on Segev’s journey to figure out the truth behind his wife’s somewhat mysterious death. Naomi Hicks is Segev’s ex-lover (interesting, right), and she will also be tagging along on the journey to find answers, but people are speculating that she may not have the right intentions.

The Creators of ‘Hit & Run’

‘Hit & Run’ is the product of the producers of two extremely popular shows. Lior Raz and Avi Issacharoff are the creators of ‘Fauda,’ a thriller that you can also watch on Netflix, and they ultimately first thought of the basis of ‘Hit & Run.’ ‘Fauda’ tells the real stories based on Lior’s, Avi’s, and others’ lives who served together in the Israeli Defense Force.

Lior and Avi teamed up with ‘The Killing’ producers Dawn Prestwich and Nicole Yorkin to create ‘Hit & Run.’ ‘The Killing’ also follows a mysterious killing of a young girl within a community, which makes total sense why Dawn and Nicole were the perfect co-creators for ‘Hit & Run.’ Together I have no doubt that ‘Hit & Run’ will be the action-thriller that we have all been wanting to see from Netflix lately.

I also find it fascinating that Lior will not only have a hand in the creation of ‘Hit & Run,’ but he will also be starring as the main character. I am excited to see what these creators have come up with in ‘Hit & Run’ and how they have combined their own ideas on grief and secrecy to create this action-thriller.

It is also mentioned that Segev also has a young daughter, which kind of leads him to figure out the truth behind the hit and run in the first place as he figures out the mysterious death might not be the end of the threats against him and his family. I am especially intrigued that somehow in the midst of all of this, the creators decided to throw in Segev’s ex-lover to tag along on the journey.

As mentioned before, people are speculating across the internet that the ex-lover might not have great intentions for tagging along with Segev, but who’s to say could this season end with rekindled romance or more shocking drama? I am going to go with the latter as the show is described as an action-thriller and would not be surprised if the ex-lover somehow makes the journey worse or somehow also has something to do with the wife’s past.

‘Hit & Run’ Will Be Shocking

I think the most shocking part of this series will be the revealing of Segev’s wife’s past, but I am not sure what to really expect from her past. Will she be involved in some kind of gang, or will she have been plotting some dangerous crime that somehow involved her husband behind his back?

I am excited to see what the series will reveal as I binge-watch through the series; yes, it will be necessary to binge-watch this series as the trailer tells me just how action-packed and shocking this series will be. Knowing that the creators have all taken on similar yet different projects prior to the creation of ‘Hit & Run’ will make this series feel unique and also something I have probably never really seen before in an action-thriller television show.

Most of all, I am ready to watch the characters develop and grow into themselves as they reveal more and more shocking information about the woman they cared for who they just thought was accidentally killed in a hit and run. I think there will be sad moments as Segev realizes the woman he loved was not at all who he thought she was. Don’t forget to check out the shocking series on August 6 on Netflix.