Big Weekend for the China Box Office: How Other Countries Are Coping With COVID-19 Restrictions on Movies 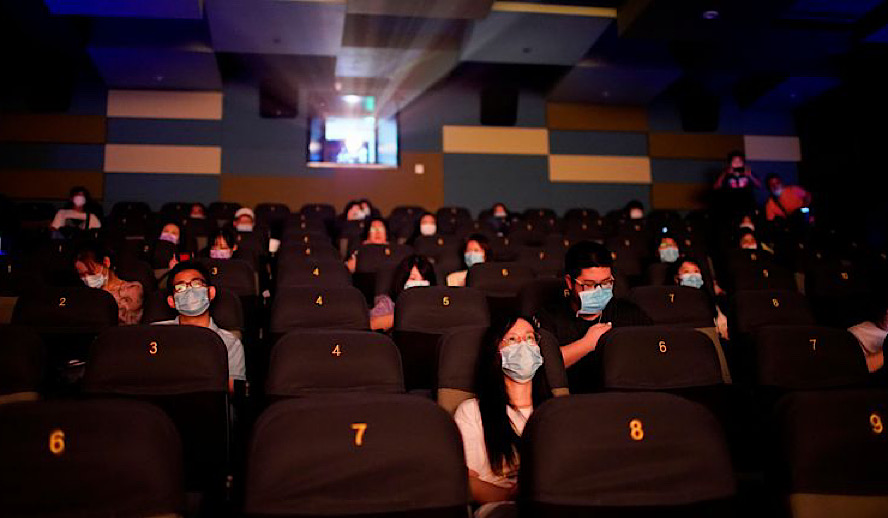 Americans are coming up on our one-year anniversary of being in COVID-19 lockdown. Though many debates have ensued over the past year concerning the US government’s response to the pandemic, one thing is for certain: compared to other countries around the world, the US’s response has been lacking.

The film industry has been hit particularly hard by the pandemic, given its collaborative nature and people-filled work environments. Many of my friends that work on American productions have been struggling to find jobs amidst the chaos of COVID-19 regulations. With this past weekend bringing record-breaking box office numbers from China, I decided to look into how other countries have been handling the pandemic, and, subsequently, how their film industries have been surviving under the strict, government requirements. For this article, I chose three countries — New Zealand, China, and the US — to focus on what I feel represent very different government reactions to the virus and, thus, differing levels of success in overcoming it. More specifically, this article will focus on how COVID-19 has impacted the production and distribution of films in these countries.

Related article: The Impact of the International Box Office on Movie Making Decisions

To start, I’d like to break down New Zealand and their overwhelming success in handling the pandemic. As a brief disclaimer, New Zealand has a population of only about five million people, so I think it’s fair to say that this small population provides a slight advantage when it comes to corralling the public with COVID-19 restrictions.

Currently, New Zealand uses a 4-Level warning system to classify the severity of restrictions on public activity and social gatherings. Level 4 is the most severe level, indicating strict requirements for business operation. In the past few days, three cases of the COVID-19 variant were discovered in Auckland, New Zealand’s largest city. Because of these cases, the government moved Auckland to Level 3 restrictions, while the rest of the country moved from Level 1 to Level 2.

Level 2 dictates that large gatherings of people should be avoided and that masks should be worn at all times, but public businesses such as movie theaters and restaurants are still able to remain open. In regards to the distribution of films, this means that movie-goers are allowed to attend cinemas in a socially-distanced way while wearing masks.

Level 3, on the other hand, means a surge in cases, which in turn requires non-essential businesses to close operations. Currently, in Auckland, only grocery stores and other essential businesses are allowed to remain open while movie theaters must remain closed. For most of the pandemic, New Zealand has remained at Levels 1 and 2, meaning that film production and distribution is still allowed, even if it is heavily regulated.

The more lax restrictions resulting from proper handling of the virus have actually catalyzed growth in the New Zealand film industry. Their strict requirements have been followed religiously by citizens, leading to a speedy recovery for the country as a whole. This recovery, which began in June of last year, has allowed for film production to continue despite the virus. Thus, we’ve seen a rise in American filmmakers outsourcing productions to shoot in New Zealand. Last summer alone, James Cameron filmed the ‘Avatar’ sequel as well as the film series’ third, unnamed installment.

Amazon also outsourced to New Zealand to film their upcoming ‘Lord of the Rings’ television show, which was announced in 2017. While big productions like these have the available resources to shoot internationally, this presents a difficulty for smaller American film productions that lack the financing to travel during the pandemic. On the other hand, the incoming work has benefitted local New Zealand filmmakers, giving them a plethora of jobs to choose from. This is not to say, however, that New Zealand film sets don’t have to follow any COVID-19 guidelines, as it’s mandatory for all productions to have a contact-tracing app, wear masks on set, as well as follow social distancing protocols. It’s simply to point out how the efficient and effective strategy the government employed when handling the first outbreaks of the virus allowed their industries to progress mostly undisturbed.

China Box Office: Regulations Could Be Better, But Also Could Be Worse

New Zealand is clearly a best-case scenario when it comes to COVID-19, but let’s diverge for a minute to talk about a country that represents a middle-ground between best-case and worst-case scenario: China. The weekend of February 12th saw record-breaking box office revenue in China. In one weekend alone, the country brought in $775 million in profit from the release of ‘Detective Chinatown 3’, along with others. How did China manage to break records with their theater attendance in the midst of a pandemic?

There’s a few answers to that, the first being that this past weekend was Lunar New Year, a notoriously important holiday for many citizens. Due to the travel restrictions currently in place, many Chinese citizens could not visit family during their vacation, so instead, they decided to go to the movies. The high attendance could be contributed to a yearning for normalcy during this unprecedented time in history. Audiences were seeking entertainment and an escape to cope with not being able to see their families during a special holiday.

This high demand, in turn, led to an increase of about $2 per ticket. The increase in ticket price is probably also a contributing factor to revenue being so high, but it’s important to acknowledge the restrictions placed on Chinese cinemas that still make it difficult for them to operate. For example, movie theaters are not allowed to serve concessions, and the maximum capacity for theater attendance is set at 75%, a number that’s even lower in areas with outbreaks right now. Masks, of course, have to be worn at all times in the venue. With all these restrictions to overcome, it’s clear that Chinese audiences were desperate for some semblance of normalcy during the holiday weekend and were willing to sacrifice to receive it.

The United States: The Worst-Case Scenario

The last country I’d like to discuss is the United States, our homebase here at Hollywood Insider. It’s no secret that the US has had trouble implementing and sticking to COVID-19 regulations, mainly due to the separation of federal and state governments. This separation means that regulations differ heavily by state, and even by county in some places, so for my analysis, I’ll be sticking to Los Angeles County in California and New York City in New York.

Los Angeles, due to its high-density population, has been a hotspot for COVID-19 outbreaks. Government difficulties in controlling the virus have left movie theaters closed indefinitely, with no future plans to open them as of yet. This, understandably, has decimated the film industry in terms of distribution as well as production. Films that have the financial resources to comply with the regulations have outsourced to other countries or have kept stringent sets that feature a small number of cast and crew members, making it competitive for filmmakers to find work.

In particular counties in New York City, theaters have been able to resume operations since October 2020. This resumption was accompanied by a strict set of guidelines, however, such as capacity being limited to 25% or 50 people. Theaters, like China, have also not been able to sell concessions, eating into profits heavily. The pushback of release dates on bigger-budget films like ‘No Time to Die’ has also presented a problem, as the selection of films playing at theaters that are open is no longer competitive. All of these restrictions, coupled with a general fear of the virus, have led to super-low attendance at American theaters. Once again, this has decimated the industry and led to the loss of thousands of jobs. It is no longer lucrative for some theaters to remain open as their profits do not outweigh the cost of operations.

Though the United States film industry is suffering right now, the recent record-breaking numbers from China offer hope that there will soon be a return to normalcy. Audiences everywhere are desperate for theaters to re-open as it gives them an opportunity to once again participate in fun, entertainment-based socialization. As much as outsourcing production internationally hurts US filmmakers, it also ensures that movie theaters, upon reopening, will have films to showcase. Ultimately, the film industry will recover, as evident by the success of New Zealand and China, though it may take longer in the US due to our larger population.