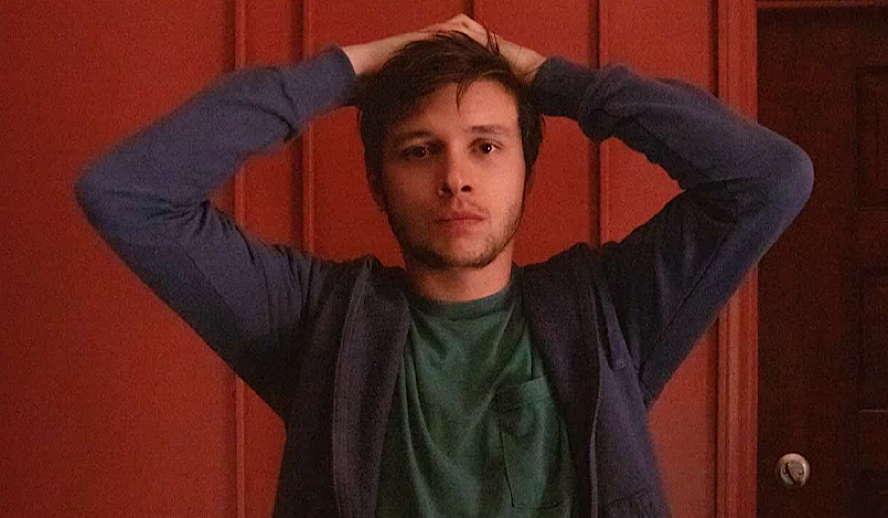 Director Tiller Russell’s (‘Night Stalker’, ‘Chicago Fire’) newest film ‘Silk Road’ is a dramatic feature inspired by a true story. Centered around Ross Ulbricht, played by Nick Robinson (‘Love, Simon’, ‘Jurassic World (2015)’), ‘Silk Road’ tells the story of the rise of a darknet website named after the trade routes that linked the East and the West. Opposite Robinson is the brilliant Jason Clarke (‘The Devil All The Time’, ‘Pet Sematary’), who plays a DEA Agent named Rick Bowden, the main antagonist.

While Robinson made his film debut in 2013, Clarke is a veteran actor with over 70 acting credits to his name. Best known for his frequent antagonist roles, Clarke is a magnetic force anytime he graces the screen. His experience pairs well with the natural charisma of Robinson and together the two make the movie a very powerful experience.

The real Silk Road website was formed in 2011 by Ross Ulbricht as a site to sell items on the black market. It is best known as the first modern darknet market. It operated until 2013 and sold products to over 100,000 buyers in its limited run time. Right before the site was shut down, the majority of the products being sold were illegal drugs.

Ulbricht was arrested in late 2013 and his laptop was seized with all of his information on it. Prosecutors used the information found on his laptop in order to convict him of numerous charges including money laundering and computer hacking. Because of this, Ulbricht was sentenced to a double life sentence without the possibility of parole.

This radical story drew attention for many years to come and resulted in a plethora of articles from major newspapers including Rolling Stone. In fact, David Kushner’s article for Rolling Stone directly contributed to the movie being made.

A Rebel’s Ideas Come to Life

Ulbricht was a known self-expressed entrepreneur and had previously tried to start a number of companies, which all failed. Born to an upper-middle-class family, Ulbricht was an intelligent man who even received a bachelor’s degree in physics. He was a pretty fearless kid with a nerdy side but nothing out of the ordinary. On paper, he seemed completely normal, but in reality, he was hiding a dark secret.

Ulbricht was known to experiment with any and all kinds of drugs as well as being a major partier. However, he managed to balance both lifestyles without his family suspecting anything. After many years of institutionalized education, Ulbricht decided that being an entrepreneur suited his needs better. He believed that he would be able to achieve the world he wanted by using the Silk Road site and navigating around the rules that the world set for him.

While its rise was originally slow, it garnered a lot of attention after it was posted about by Gawker. The Silk Road was operated using Bitcoin, at the time a fairly new cryptocurrency, because of the lack of government oversight on it. Ulbricht had large hopes and dreams for the site and many of them were accomplished. In its short lifespan, the website made over $1 billion in revenue and netted Ulbricht around half a million in profit.

However, the entrepreneur’s success didn’t last long. Ulbricht thought he was invincible and often made messy mistakes, such as posting his email and information along with one of his known aliases. In the end, these mistakes amounted to a public arrest in a library, and Silk Road was shut down. The consequences of Silk Road were monstrous and resulted in over 130 people being prosecuted.

Tiller Russell’s thriller opens in the present, in the exact library where Robinson will be arrested. In a dramatic monologue, Robinson talks about freedom and his dreams for the world, many based on ideas from being a strong libertarian. Robinson sets the scene of his perfect world for us before we flashback several years prior and the story of ‘Silk Road’ begins. Similar to the true story of Ulbricht, Robinson devises a website that would operate “like Amazon” but without any limits.

Opposite him is Clarke, who plays a cat-and-mouse game with Robinson as a seasoned DEA agent. For all of Robinson’s chest-beating, his youth plays a big part in how easily he’s manipulated by Clarke. Clarke, as always, is a gruesome force and is able to dominate the screen without much effort. Both characters are on opposing sides of the law, but their shared obsessiveness makes their bond stronger. It also makes their game even more compelling as Clarke is able to trick Robinson into doing outrageous tasks in order to protect his precious website. It’s a game of wit and ego that both Clarke and Robinson play well.

Clarke breathes life into an antagonistic role that he’s played many times, but each time he manages to bring something different to the table. In this film, Clarke is able to connect with the audience the most, arguably even over Robinson, our protagonist. It seemingly draws inspiration from ‘The Social Network’ as Robinson explains the logistics of Silk Road in a similar way that Jesse Eisenberg once did for Facebook. Both protagonists are also nerds who use their talents in order to make a fortune. While Eisenberg chose money over his friends, Robinson chose money over his girlfriend. Both stories gravitate around similar ideas, ‘Silk Road’ just happens to be darker and delves into much more violent topics.

Robinson’s youthful charm and idealism are captivating, a perfect ode to the personality of Ulbricht. Ulbricht’s real posts on the Silk Road website were sometimes poetic, sometimes pragmatic, but always spoken like a true politician. The newness of Robinson’s career brings life to the role of Ulbricht and brings a bigger weight to the story. Robinson after all is only a year younger than Ulbricht was when he made the site. In the end, this casting brings to light a new truth that Ulbricht, for all his posterizing and long-winded proclamations, was as new to being a secret criminal as Robinson was to Hollywood. And while Robinson was able to hide his newness with charm, Ulbricht’s lack of experience led to his downfall.

‘Silk Road’ is available to watch as a limited release as well as VOD.

Based on the story by David Kushner, Adapted for the screen by Tiller Russell.