“Ratatouille The Musical”: How a Viral TikTok Sensation Turned into a Full-Fledged Virtual Production 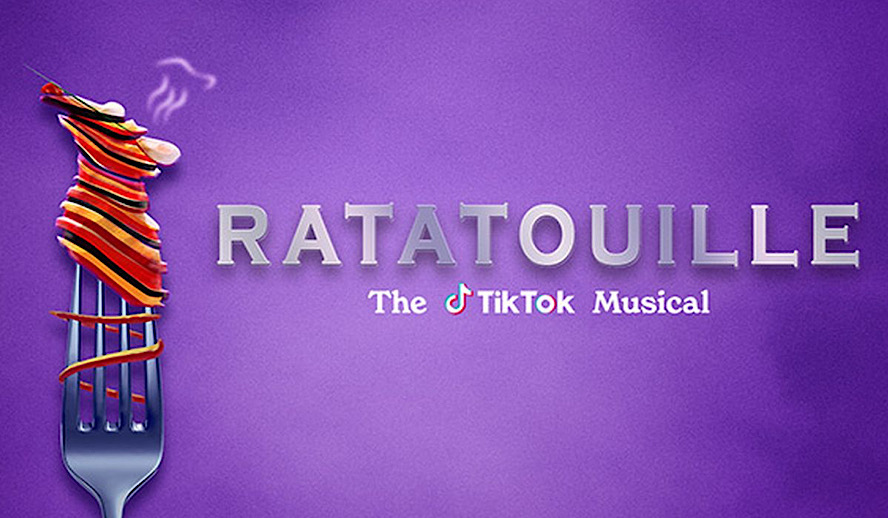 Throughout quarantine, people have sought out entertainment in all different forms in order to keep themselves distracted from the harrowing difficulties of living through a pandemic. Many took to movies and television shows. Some became obsessed with making or endlessly scrolling through videos on TikTok. Others turned to a little bit of both, combining boredom with creativity that resulted in a viral sensation that I can confidently say no one would have predicted out of 2020 — “Ratatouille The TikTok Musical.”

The musical, which will air virtually through TodayTix, is set to star a cast of Broadway heavy-hitters that will bring to life what began as a spontaneous online phenomenon based on the 2007 Disney-Pixar animated film, as invested fans began imaging just what exactly a Broadway musical that centered around a rat with dreams of becoming a chef would look like.

“In Fall 2020, Broadway fans came together on TikTok in an unprecedented collaboration to create a new musical based on the beloved Disney film Ratatouille,” reads the TodayTix website. “Ratatouille: The TikTok Musical will celebrate the delectable crowd-sourced creation by giving it the full high-kicking, lip-smacking Broadway treatment.”

The Origin of the “Ratatousical”

The first glimpse of what would later turn into a full-fledged musical production originated from apparent Ratatouille superfan and TikTok user Emily Jacobsen on August 10, who wrote an acapella ode to Remy, the sophisticated rat with a palette for fine cuisine, from the movie. The video quickly amassed several thousand views and likes, thanks to its comical yet riveting lyrics: “Remy, the Ratatouille, the rat of all my dreams/ I praise you, oh Ratatouille, may the world remember your name.” Two months later, Daniel Mertzlufft, a composer and orchestrator, created a Broadway-style arrangement for Jacobsen’s song complete with a background orchestra and chorus, dubbing it the perfect song for the musical’s hypothetical act two.

As the song gained traction on the platform, some TikTok users began questioning the accuracy of the lyrics, as they complained that Remy himself is a rat and not the French dish, while others pointed out that the inaccuracy is exactly what ratchets up the hilarity of the piece. Nonetheless, it was exactly what got the ball rolling for a full-blown production as hundreds of other creators on the app began following suit, coming up with their own songs and concepts regarding the beloved film’s plot and characters. Composers, choreographers, set designers, costume designers, and Broadway fans began working together to build a cohesive narrative for what was then a completely fictional show, workshopping everything from costumes to dance numbers that they deemed appropriate for the cast of Remy and friends.

Featured in the now very real production will be two popular songs created by 17-year-old TikToker Blake Rouse: “The Rat’s Way of Life,” a catchy tune that centers around an argument between characters Remy and Emile, and “Ratatouille Tango,” a conversation between Colette and Linguini. Other notable TikTok pieces include “A Rat is a Rat”, “Colette’s Training Song” and “Anyone Can Cook”, which all very much amplify the difficulties of Remy wanting to live his dreams as a chef despite his obvious upbringing as a rat. There was also an “official” Playbill created for the musical by TikTok user Jess Siswick, which is now being used on the TodayTix website as promotional artwork. Thankfully, the creators are being credited for their hard work on the show, as TodayTix tweeted that “creators are, indeed, being compensated and credited! Our teams are collaborating with them to make this the show of all your dreams.”

The collective work from hundreds of creators has engaged over 200 million fans worldwide and subsequently drew attention from Disney itself as views on the numerous videos began to skyrocket. While Disney and the original voice cast of the film are not actually involved in the project, they have expressed their support for the endeavor. “Although we do not have development plans for the title, we love when our fans engage with Disney stories,” read a statement by Disney. “We applaud and thank all of the online theatre makers for helping to benefit The Actors Fund in this unprecedented time of need.”

Actor Patton Oswalt, the original voice of Remy, additionally made his excitement clear, tweeting, “OH MY GOD IT’S HAPPENING. What an amazing way to start out 2021! And the proceeds benefit @TheActorsFund!!!! You gonna be there?!? I will! #ratatouillethemusical”.

Casting for the performance was announced on December 28 by Seaview, the production company best known for producing Slave Play, which currently holds the record for the most Tony nominations for a new play in Broadway history.

Singer-songwriter Adam Lambert will play Remy’s brother Emile, and the rest of the cast includes Ashley Park (Colette) and Owen Tabaka (Young Ego), with Cori Jaskier, Talia Suskauer, Nikisha Williams, JJ Niemann, John Michael Lyles, Raymond J. Lee and Joy Woods as the ensemble, who will all be backed by the 20-piece Broadway Sinfonietta orchestra amid the content selected from TikTok. Directed by Lucy Moss, the co-creator of the musical Six, the one-time performance will be produced by Seaview and executive produced by Jeremy O. Harris, Michael Breslin, and Patrick Foley.

Related article: Choose Kindness: Apple TV Plus’ ‘Ted Lasso’ is One of the Funniest, Warmest, and Best Shows of 2020

While the musical will surely be a fun and light-hearted collaboration of many talents, the proceeds from the production will also be going towards a good cause. The show is raising money for The Actors Fund, a national human services organization that has been supporting performers throughout the coronavirus pandemic. Ever since Broadway shut down, many actors and other creatives have been out of work and struggling, and the organization has been doing their best to help provide financial assistance and other needs for people in the entertainment industry.

Tickets can be purchased that range in cost from $5 to $100 depending on the desired contribution, while higher donations are strongly encouraged from those who can afford it. No matter the price, a ticket will guarantee access to the same production on January 1. After the premiere, the event will be available to purchase and view on demand for 72 hours.

An unexpected and even more so unexpectedly delightful outcome of one user’s TikTok shenanigans, “Ratatouille: The TikTok Musical” has surpassed its decidedly viral phenomenon status and has become a symbol of togetherness in line with the rest of the collaborative efforts that have defined an otherwise taxing 2020. So what better way to ring in the new year than to watch Broadway stars bring to life the inexhaustible efforts and creativity of TikTok users in what is sure to be a hilarious and joyful rendition of a fan-favorite Disney film.

Ratatouille: The Musical will stream on Friday, January 1 at 7 pm ET for 72 hours.