Hulu’s ‘The Hardy Boys’: The Nearly 100-Year-Old Characters in a Mystery Series 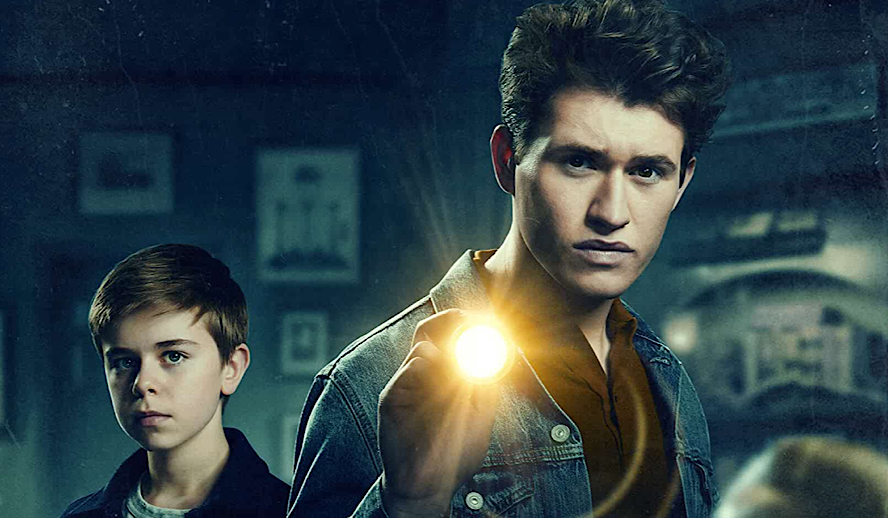 The most famous detective brothers Frank and Joe Hardy were created by Edward Stratemeyer, who later founded Stratemeyer Syndicate, all the way back in 1926.  The characters have appeared in hundreds of novels and several different types, and have been passed down from generation to generation for almost a century. Now, after being in print for so long, and a few attempts at TV adaptations, The Hardy Boys is now making its way into the streaming age, maintaining the timelessness of some of the world’s most famous fictional detectives.

The pilot episode begins with the two brothers, Frank and Joe Hardy, played by Operation Christmas Drop’s Rohan Campbell, and Alexander Elliot, playing video games together and having the time of their lives. The Hardy Boys mom, Laura, played by the It movies’ Janet Porter,  is introduced tricking Frank to let Joe win the game. The tone shifts in the following scene, where a boat with a large number of people and a mysterious ancient item with immense value turns into a mass shootout. One young man barely escapes by diving into the sea and plays a pivotal role later on in the episode.

Back at the Hardy household, Laura gets a mysterious phone call, which Frank overhears and pryes about, foreshadowing the mysterious events to unfold in the episode. Their dad, Fenton Hardy, played by Big Little Lies’ James Tupper, is introduced just in time to say goodbye as their mom drops the boys off at school. Joe’s school life shows he deals with bullies, illustrated while walking by kids his age playing a basketball game, they stop to call him names. Fenton’s life as a detective is shown during an undercover operation of his, in which his tough demeanor comes out and, to his partners dispute, makes a big arrest.

More of Frank and Joe’s personalities are shown in the following scenes, right before the big inciting incident occurs. At Frank’s baseball game, his girlfriend Callie Shaw, played by Keana Lyn is introduced as Frank and her oogle and oggle at each other as Frank’s team warms up for the game. Intercutting between the game is the mom driving to Frank’s baseball game, but gradually gets dangerously tailed by a mysterious person, who she tries to gesture to pass her, but they only continue to get dangerously close to her car.

A Detective Story Close to the Heart

The result of Laura getting tailed is implied in the following scene, with Fenton back at the precinct, when his partner panics and approaches him, and says “Laura.” Coming back from standing up to bullies, Joe rolls into Frank’s baseball game on his skateboard, and sits right next to Callie, who had just noticed Frank searching the stands for his noticeably missing mom. At the end of the baseball game, Frank and Joe see their dad sullenly walking up to the fence, his squad car’s police lights on. The family then drives to an active crime scene, revealing their mother’s car flipped over on the side of the road. Frank and Joe look on in horror, with Joe uttering a cry of recognition, “mom,” before bursting into tears. The next scene is her funeral as Laura’s mother gives a beautiful eulogy. It’s a touching, heartfelt, and emotionally gripping first act, as the mom was lively in every scene she was in, even though she only had a few minutes of screentime.

After the funeral, Frank and Callie grieve before Frank’s grandma approaches him and gives him a box in an ominous manner. The brothers then go back home and look through some random boxes lying around the house, but particularly start to snoop through a box that belongs to their dad. Oddly though, the boys discover the box has pictures of their mom’s crime scene. Before the boys can inquire and think about it more, their dad enters and tells them they’re moving to Bridgeport, where their aunt and grandma live, because they need to get away from the city. The boys relent, then confront him about the photos of their mom’s accident, to which their tough-guy father shuts them down, and relocates the family just as he said he would; transitioning the setting entirely in the second act of the episode.

Upon arriving at Bridgeport, the Hardy family gets re-acquainted with their Aunt Trudy, played by Murdoch Mysteries Bea Santos, and their grandma Gloria, played by Linda Thorson. The boys then go on a bike ride and explore their new town. During their journey, they meet a young woman named Biff, played by Big Top Academy’s Riley O’Donnell, who proves herself to be equal, and even better than Joey at throwing shade. The trio then makes their way into an ice cream shop/arcade, and meet some friendly people their age, planting a potential recurring fun group of friends.

When the family’s dog escapes out their front door, Biff and the Hardy boys go searching for it. Out of the shadows, the man who jumped ship from the shoot out at the beginning of the episode appears frantic, and grabs Joey, holding him hostage by knifepoint and ordering Frank to get their grandma. Once the grandma and the man see each other, the man reveals Gloria owned the boat the shootout occurred, and that it didn’t sink like what had been reported to her, but it blew up. Joey fights his way out of the man’s grasp, which prompts him to run off. Even though the boys are shook up, grandma brushes it off, prompting the night to end and the boys to go to bed.

The next day, the boys rejoice in watching old videos of their mom in the attic until they hear something from the floor below and decide to eavesdrop. Downstairs, a character who hasn’t been seen yet tells Fenton that the man who held Joey hostage is her nephew, and phone records revealed he called Laura three times before she died. She also reveals Laura was a journalist, to which Fenton responds she hasn’t worked in three years. The woman still believes that this is crucial and that her nephew may have told Laura something that got her killed. The woman attempts to recruit Fenton to search for her nephew, to which he declines. She raises the stakes though, and says that if he wants to find his wife’s killer, finding her nephew is a “trail that must be followed.” The boys then realize the death of their mom wasn’t an accident, somebody killed their mom, and they’re going to help their dad find them.

The entire first season is now on Hulu, and is definitely worth a watch for the whole family.