With a Trailer on the Way, Will ‘Indiana Jones 5’ Save the Franchise? 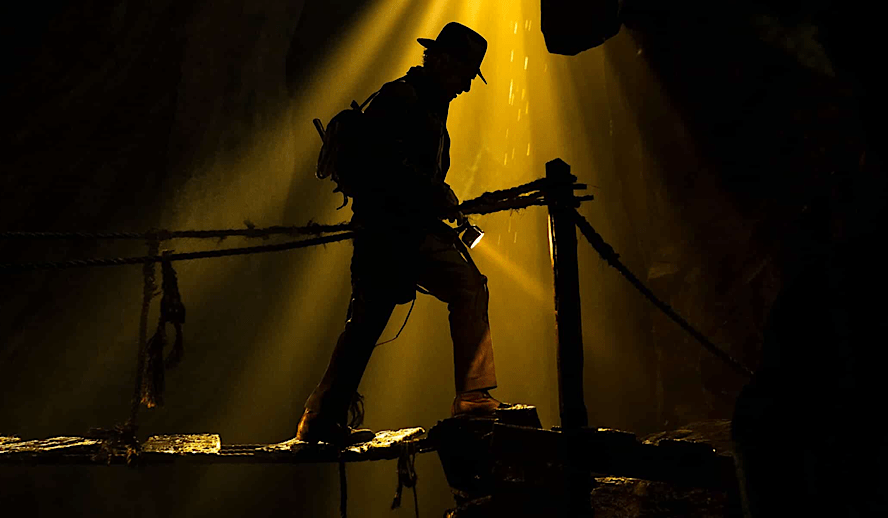 At the D23 Expo this year, the cast of the upcoming untitled Disney film, ‘Indiana Jones 5’, released the first trailer and discussed the movie. Leading actor Harrison Ford was said to have gotten emotional talking about the final time he would be playing the titular character, Indiana Jones. With a release date set in 2023, this means we’ll be seeing 42 years of ‘Indiana Jones’ films. Despite the now long-running franchise finally reaching an end, is it really necessary to tell another Indiana Jones story? And a better question: will ‘Indiana Jones 5’ redeem the franchise after the previous revival?

In 1981, Steven Spielberg, Lawrence Kasdan, George Lucas, and Phillip Kaufman came together creatively to bring to the silver screen ‘Indiana Jones and the Raiders of the lost Ark’, a box office success that would spawn the beginning of what was the original Indiana Jones trilogy. The film was an action-adventure narrative that felt like the matinée serials of the 1930s (the timeframe of the film). The story follows Dr. Henry Jones Jr., played by Harrison Ford, a professor of archaeology at Marshall College and an archaeologist who lives dangerously. The film’s story was strong and Harrison Ford’s portrayal of Indiana Jones was stunning for his rugged good looks and macho-ness but also his intelligence and awareness of the classics and general archaeology. Indiana Jones, for some unexplainable reasons, felt different than action heroes of his decade. Between an excellent script, Harrison’s performance, and beautifully shot scenes, the film was bound to spawn sequels.

Following in line with ‘Indiana Jones and the Raiders of the Lost Ark’ was the sequel, ‘Indiana Jones and the Temple of Doom’. While the film was not as successful as its predecessor, the second Indiana Jones film proved to hold its own weight with a fun adventure and interesting new characters. Despite the blatant racism at times the film puts on display (such as some questionable characteristics of the character Short Round and the depiction of other cultures), the film stood to be another classic Indy adventure.

The Debacle of ‘Indiana Jones 4’

When a fourth Indiana Jones film was announced in 2007, it was safe to say fans of the original trilogy were both excited and skeptical of another installment. The Indiana Jones star, Harrison Ford, would be 65 when the film released, meaning he was portraying a much older Indy. Set in the 1950s, ‘Indiana Jones and the Kingdom of the Crystal Skull’ tells the story of Indiana Jones in search of an alien artifact with old players such as Marion Ravenwood, played by Karen Allen, and new ones such as Mutt Williams, portrayed by Shia Lebouf.

Indiana Jones 4 was by no means a terrible film. It seems that in popular media we’ve painted this installment of the Indiana Jones franchise as a complete stain on Indy’s story (such as the South Park parody of it). Despite this, ‘Indiana Jones and the Kingdom of the Crystal Skull’ is without a doubt the weakest of the Indiana Jones films. While Harrison Ford brought his all to the character, the overall story lacked the feeling of a usual Indiana Jones movie. For starters, the best Indiana Jones films see Indy punching Nazis and racing against the Third Reich to reach a goal. Being set in the 1950s, the fourth Indiana Jones movie follows a Russian villain named Irina Spalko (played by Cate Blanchett), a Soviet KGB agent after the Crystal Skull in order to take down the Americans in the middle of the Cold War. Despite Blanchett’s strong performance, the KGB as Indy’s new foes felt like a weaker antagonizing force than the tyrannical German Nazis. Along with this, this was the first Indiana Jones film to confirm the in-world existence of aliens, which felt like a stretch for the world. While ‘Indiana Jones and the Temple of Doom’ tells of another kind of artifact, Indiana Jones is usually on the hunt for religious artifacts (ones that originate on earth). Watching the KGB hunt for an alien skull feels like a strange contrast to what an audience is used to seeing in an Indiana Jones installment.

With (a presumably final) Indiana Jones installment coming, should audiences be skeptical about the story and Harrison’s performance? At the time of release, Harrison Ford will be 80 years old, around 15 years older than the last time he portrayed this character. While Ford still brought a great deal of energy to his last portrayal, playing Indiana Jones at this age is questionable for the lead of this film. Familiar faces such as Karen Allen and Shia Labeouf with new actors Mads Mikkelsen and Phoebe Waller-Bridge, who is portraying a character named Helena. Hopefully, seeing Harrison Ford’s emotional reaction to the trailer at the D23 Expo means this film will do justice to Indiana Jones and conclude this story in an impactful way. Considering how film properties seemed to be revived left and right, all an audience can ask is for a breath of fresh air and something new to the Indiana Jones franchise.