Iconic Hollywood Props: The Largest Treasure From Golden Age of Hollywood – ‘The DeLorean’ to Indiana Jones’ Hat and Whip 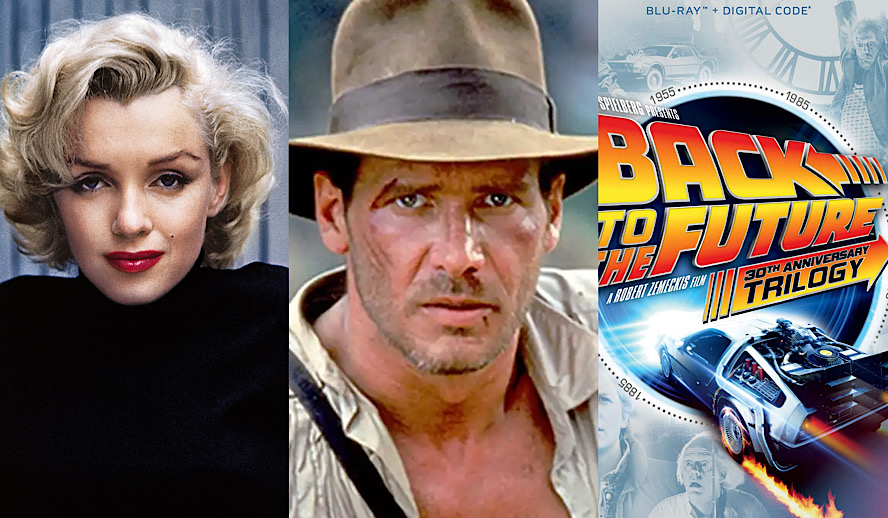 I’d like you to close your eyes and think.

Actually, don’t close your eyes- probably not the smartest move when you’re reading an article. However, keep thinking. Think of a favorite movie, that one character who always manages to make you smile, or a particular film scene that is forever ingrained into your memory. Wouldn’t it be an absolute dream if you could transport yourself into that moment, even just for a second?

Now while we haven’t invented enough technology to where we can just beam ourselves straight into the films we love, I’d say a very close second is seeing the genuine props and costumes that were used in the movie. There’s a very specific magic in knowing that your favorite films actually used the item in front of you, and today we’re going to discuss where you can go visit those props, live and in person.

Here are the iconic Hollywood props:

The DeLorean (‘Back To The Future‘) at the Hollywood Museum

If you’re gonna build a time machine into a car, why not do it with some style? That’s right, you can visit the Hollywood Museum in Los Angeles, California, and see the original DeLorean used in the infamous science fiction story and highest-grossing movie of 1985, ‘Back To The Future’. Dr. Emmett Brown might not be there to greet you, but the prospect of seeing the original set-piece and all of the intricate details is highly exciting and is totally on our bucket list. Even cooler is the actual DeLorean DMC-12 brand honoring its sci-fi roots with the 2021 model, complete with gullwing wheels and a retro logo. Check it out here!

Believe me, you don’t want Hannibal Lecter inside your head. However, in Hollywood Museum’s basement (eerily dubbed the “Dungeon of Doom”) you can take a look inside Dr. Lecter’s jail cell, created by the studio and even has a padded cell! ‘The Silence of the Lambs’ has created one of the most memorable movie villains of all time with Anthony Hopkins’ bone-chilling performance as the mass murderer and known cannibal, Dr. Hannibal Lecter. One of the cells at the Hollywood Museum contains Hopkins’ original muzzle mask and costume worn in the film. This Dungeon of Doom is sure to give you the chills!

Marilyn: The Exhibit (Marilyn Monroe) at the Hollywood Museum

If you’re two-faced, at least make one of them pretty! Hollywood Museum’s collection of astonishingly authentic Marilyn Monroe memorabilia glimmers like the diamond Monroe wore around her neck, and every inch of the “FOR BLONDES ONLY ROOM” is an ode to the Hollywood legend. The star of ‘Gentlemen Prefer Blondes’, ‘Some Like It Hot’, and dozens of other films from the pearly beginnings of film and television, Marilyn Monroe is fondly remembered as the brightest jewel of every room, a brilliant actress and comedienne, and an unforgettable bombshell.

At the Hollywood Museum exhibit, you’ll be able to find the real million-dollar dress that Monroe wore when famously entertaining the troops in Korea, plenty of eye-catching clothing, and the genuine Decadron vial found upon her tragic and untimely death. Diamonds were certainly a girl’s best friend.

Whatever you do, don’t fall asleep. Not when you’re in the presence of the iconic red and green striped sweater worn by the monster man himself, Freddy Krueger! The skin-crawling film of 1984 comes to life in Seattle’s Museum of Pop Culture and their impressive installment of terrifying memorabilia in honor of infamous horror: Scared to Death! Freddy Krueger’s sweater has been burned into the lids of our eyes since ‘A Nightmare on Elm Street’ kept us awake with the sleep-stalking killer, Freddy himself, as he seeks revenge upon the people who killed him (the first time). Even better, the sweater is signed by Robert Englund, the man behind the terrifying portrayal of the character. Go get your spook on in Seattle, Washington!

You dare not refuse her. Perhaps one of Tilda Swinton’s most memorable roles, especially with the intense visuals provided by her costuming team, was playing Jadis the White Witch in the ‘Chronicles of Narnia’ series. She was cold, calculating, and gave a very severe edge to a series of children’s movies that gave them an impressive air of maturity and seriousness. The Museum of Pop Culture’s exhibit Fantasy: Worlds of Myth and Magic currently possesses the armor and staff the White Witch uses in the final battle against Narnia itself, and to see that level of detail so closely is captivating, to say the least. You won’t need to fall through a wardrobe to witness this piece of ‘Narnia’ magic.

Fortune and glory, kid. Fortune and glory. That’s exactly what the Smithsonian received when Harrison Ford, who originated the iconic role of Indiana Jones, donated the famed long-brimmed fedora and leather bullwhip to the Smithsonian in 1989 and 1999, respectively. Indiana Jones was famously one of the first anti-heroes to become outrageously popular, having had adventure thrust upon him rather than the usual acceptance of one’s fate. You can go on your own adventure to Washington, DC to see one of the most recognizable film props in the world. At least it isn’t snakes. (Why did it have to be snakes!?)

Well, there you have it. Some of the most interesting props and costumes on exhibit today, and they’re all at your fingertips! Please keep in mind that most of these museums are currently closed due to health precautions amidst the COVID-19 pandemic, and if you are going to visit one, wear a mask and stay safe. It’s time to go see the movies in a brand new light!