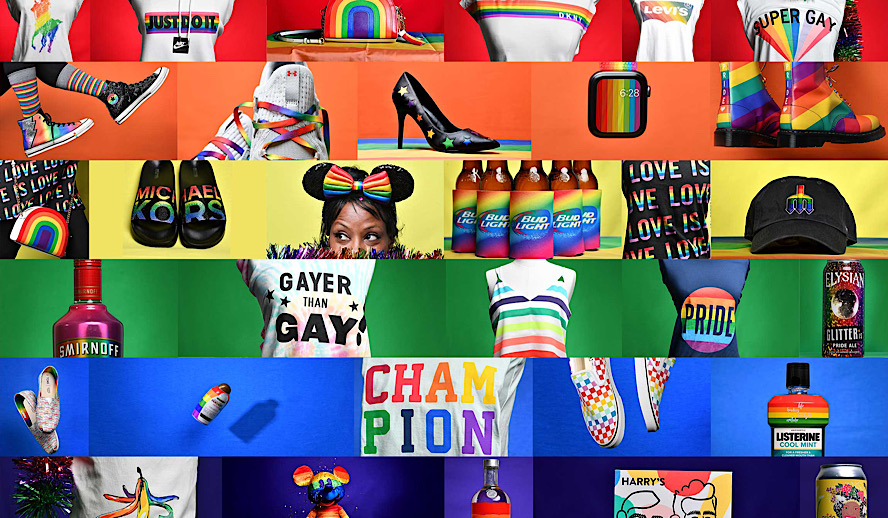 June is here and I want to wish everyone a happy Pride month. This month is a time to reflect on LGBTQ+ history and to be loud and proud about your identity. During this month, many people come together to celebrate themselves because there are still people who have to be quiet about who they are to be safe. Pride month occurs in the United States to commemorate the Stonewall riots, which occurred at the end of June 1969. As a result, many pride events are held to recognize the impact LGBT people have had in the world. Bisexual activist, Brenda Howard, is known as the “Mother of Pride” for coordinating the first Pride march in New York City. She also originated the idea for a week-long series of events around Pride Day which became the annual Pride celebrations held in the U.S. every June. Pride Month should be a time for celebration and not a time for companies pretending to care about the LGBT community so they can capitalize on them.

Before getting into why companies need to act instead of being all talk, I want to remind people to support LGBTQ+ creators during pride month whether it’s supporting someone’s small business or uplifting your favorite content creator. It’s become a meme of people preparing themselves for brands to change their icon pic to the pride flag and getting ready to sell their pride theme merchandise. Most people point this out because when it comes to past merchandise it’s just laughable about how bad it is but it’s slowly getting better. However, on a serious note, most companies only do this to make a profit while actively harming the LGBT community.

Performative activism has become a recent issue ever since the death of George Floyd and the rise of Black Lives Matter movement. It can be defined as “activism done to increase one’s social capital rather than because of one’s devotion to a cause. It is often associated with surface-level activism, referred to as slacktivism. The term gained an increased usage on social media in the wake of the George Floyd protests.” Therefore not only companies are the problem, people are too and it’s an issue many people are holding each other accountable for. Therefore, when a company like Disney has a pride collection and are donating all its profits from the collection sales through June 30, 2022, to support LGBTQIA+ youth and families doesn’t make people forget what they’re doing behind the scenes like when they failed to condemned Florida’s “Don’t Say Gay” bill.

People’s anger towards Disney is understandable because it hurts when a company or person claims that they support who you are but are actively doing harm at the same time. I know people working for Disney want the company to do better but every year they seem to be taking three steps back in favor of earning more money. Disney is an easy target to pick on because on the outside they want to be this inclusive company and want to have characters that all people can relate to but on the inside, the company doesn’t really want to change because that means having to take risks. The companies that have a large platform like Disney can really make a change by using their voice on their own instead of as a result of getting backlash. Performative activism doesn’t help in the end and it does more harm to the company.

Pride Month – What Companies Can Do Instead

The most important thing someone can do when they’re in the wrong is just to listen to the person who they hurt. Most people don’t listen when they’re confronted with something they did wrong, instead they’re already thinking of a response to defend themselves and when apologizing they really don’t understand what they’re apologizing for. Then they end up not changing their behavior and continue what they were doing before because they didn’t listen. Most solutions can be fixed by listening to each other, so what brands need to do is have an open discussion with the LGBTQ+ community going forward. So much change will happen if members of the community are in the room when it comes to making impactful decisions having to do with the community.

Having a diverse room full of people with different backgrounds will make an impact on how the company operates as well. Most companies face issues when it comes to creating merchandise because most of it comes off as tone-deaf and something people won’t buy. It’s obvious in the merchandise that companies don’t care about pride month because all their products are just slapping a rainbow on a shirt and calling it a day or it’s an outdated phrase. I think what companies can do is collaborate with an artist from the LGBT community and it’ll be a great step forward for the company and the community.

At the end of the day, it’s your choice to decide if you want to support these companies when it comes to buying their merchandise or consuming their content but there are great alternative options like I mentioned earlier by supporting LGBTQ+ creators. Even if you don’t have the funds to buy something from them, you can always spread the news about them on social media. One source I often go to is Etsy because it is easy to find the sellers’ Instagram and you find different ways to support them if there’s an option.

If online shopping isn’t really your thing, you can go to different pride events throughout the month if they’re accessible to you. I often like going to these events because some sellers only have some things available at their booth!  I know it’s so easy to call out companies for their performative activism but let’s acknowledge that things have changed in a great way because people can be more open to being themselves during pride month. It’s still a comforting feeling when seeing pride merchandise in stores because I know in the past this wouldn’t be allowed in any way and it shows how far we’ve come with accepting LGBTQ+ community.