‘Heartstopper’ is a Happily-Ever-After Love Story: Why it is Essential to Show LGBTQ+ Happiness on Screen 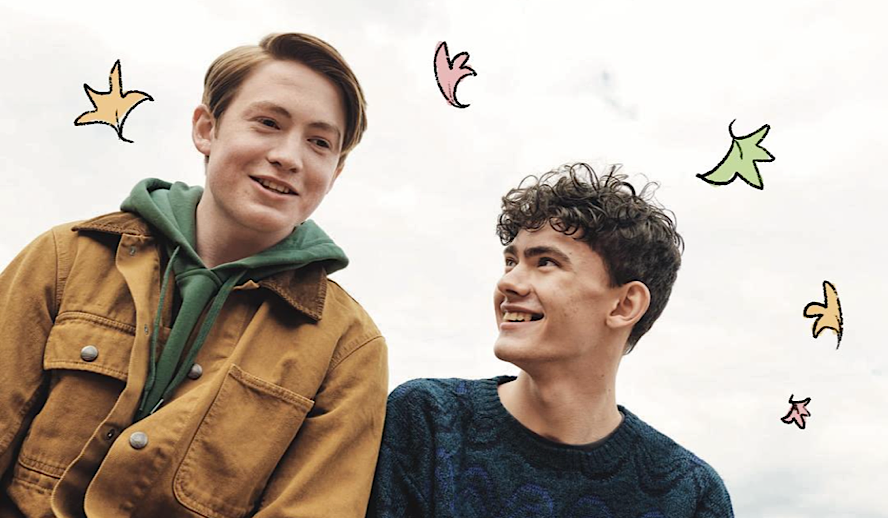 A new Netflix original based on a series of novels by Alice Oseman, ‘Heartstopper’ is entirely different from commonplace media representation of the LGBTQ+ community. Rather than portraying a story of queer misery, this series chooses to celebrate the relief that comes with the discovery of one’s identity, as well as accepting loved ones and happy endings.

Charlie Spring (portrayed by Joe Locke) is an openly gay 15-year-old high school student with a love for music, arcades, and his friends. Being out to everyone in your school and at home certainly comes with its own set of challenges, however, Charlie keeps his chin high. Sweet, caring, and excitable – Charlie is a walking ray of sunshine of a human. However, facing relentless bullying on a daily basis doesn’t aid his self-esteem. Throughout the show, he struggles with understanding that he is worthy of love and appreciation. Used to harassment, Charlie is shocked when one of the most popular boys in school chooses to be with him for exactly who he is – flappy hands and everything.

Stuck in a secret relationship with a rather unlikable character – Ben Hope (portrayed by Sebastian Croft) – Charlie has taken to suffering on the inside so as to not become an inconvenience. Upon being confronted with the reality of Ben having zero actual interest in him and instead simply using him to explore his sexuality, Charlie decides to join the rugby team.

You see, Charlie is a really great runner. One day, during PE class, he was spotted by Nick Nelson (portrayed by Kit Connor). Nick is your typical 16-year-old jock. Doing things like playing sports and sitting on tables, he is an interesting incorporation of a traditionally masculine character. Nick asks Charlie to try out for rugby, and despite his friend’s advice, he does just that.

Over the course of a few weeks, Nick and Charlie become genuine friends. Much to Charlie’s friend Tao’s (portrayed by William Gao) disappointment. Sitting next to each other in class and spending time together at rugby practice, the two had an instant connection despite their drastically different personalities and social circles.

During this time, Charlie started developing a crush on Nick. However, his friends discouraged him, saying that Nick is most definitely straight. Parallel to this, Nick begins to question some unfamiliar feelings that arise when he is with Charlie.

A few months pass as Nick comes to the realization that his feelings for Charlie aren’t just platonic. He tests his theory by holding Charlie’s hand in his sleep, though he is immediately frightened by the feelings that begin fluttering about and pulls away.

Meanwhile, Charlie keeps trying to convince himself that it’s pointless to daydream about Nick because everyone believes that he is straight. However, his emotions get the best of him and his crush continues to grow. All until Nick shows up at Charlie’s door, dripping wet in the rain.

The two go upstairs where Charlie begins frantically apologizing, but Nick stops him by cupping his face and kissing him. The scene is incredibly sweet and fulfilling for both of our characters. When Nick is getting ready to leave, he asks Charlie not to tell anyone about what had happened because he isn’t yet sure of his identity and doesn’t feel comfortable coming out as anything. Charlie agrees, beyond used to needing to stay a secret. Though it’s worth pointing out that being a secret with Nick was not the same as being a secret with Ben. Nick was not prepared to share the relationship because he did not know what it meant for his identity, whereas Ben did not want to share the relationship because to him it was disgraceful.

Slowly, over the period of a few months, Nick comes to understand his identity better and starts telling friends about his relationship with Charlie. Shocked at the fact that he’s no longer being kept a secret, Charlie is simply overjoyed.

In a few months’ time, Nick comes out as bisexual to his mother. This scene gifted us the beautiful line of  “I’m sorry if I ever made you feel like you couldn’t tell me that” – a reaction that every queer kid deserves, but very few get. Around this time Charlie and Nick begin telling more people and their happiness grows exponentially with the acceptance of their loved ones. Towards the end of the show, Nick develops a trust in his understanding of his identity and this trust pushes him to tell Charlie that he wants to come out at school. Of course, Charlie says that he doesn’t have to; however, Nick insists that it’s his decision to do so before running into the ocean and screaming out “I like Charlie Spring”.

Joy is not often depicted in LGBTQ+ media. Instead, the screen chooses to focus on the negativities that may arise when you belong to the community. Think of the popular queer media that people outside of the community would be familiar with – ‘Call Me By Your Name’, ‘Moonlight’, ‘Orange is the New Black’. While monumental for representation purposes, these pieces of media depicted more heartbreak than happiness. They tackled the subjects of having to hide heartbreak due to your orientation, violence towards LGBTQ+ individuals, mental health lapses for those in the community, lack of possibility for belonging, and general misery. That is what’s so different about ‘Heartstopper’. While it still covers the negativities that are very common in the queer experience such as micro-aggressions, verbal homophobia, rejection, confusion with identity, and secrecy, the focus is still on the sheer comfort and joy that our characters experience within their love.

‘Heartstopper’ shows younger queer audiences that happiness is possible in the community. That we are able to have happy endings too. It helps those still questioning, or in the closet, to understand that not everything about the queer experience will be miserable and heartbreaking, like we commonly see. Instead, the series shows validation and support from friends and family, cheesy photobooth kisses, happy and genuine smiles shot from across the room, not just kisses but tight hugs too, and cuddles in the sunshine. At the end of the day, our characters are happy – which is not something that is often represented in the LGBTQ+ community. So if you’re tired of the constant misery faced by us queer folks, give ‘Heartstopper’ a chance!