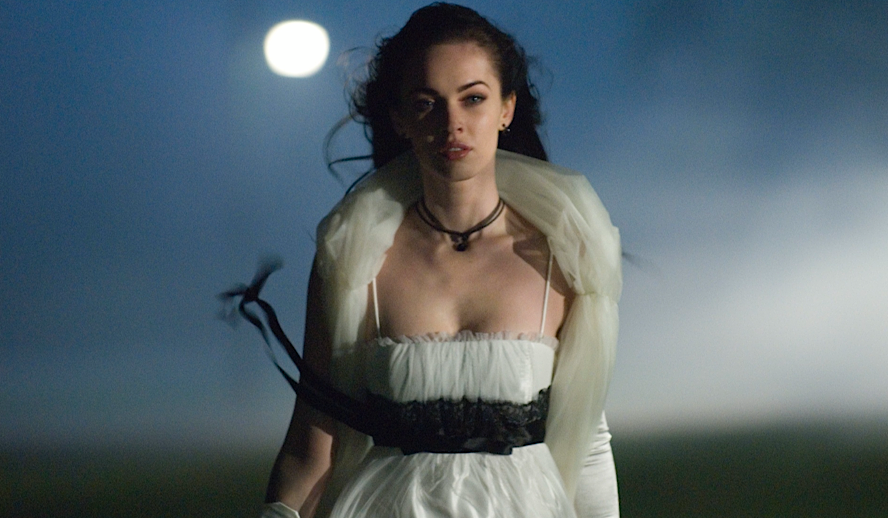 In the late 2000s, actress Megan Fox starred alongside Amanda Seyfried in ‘Jennifer’s Body’, horror and comedy about a possessed cheerleader. Over a decade later, ‘Jennifer’s Body’ has become a cult classic and widely renowned as a great LGBTQ+ representation. With Generation Z becoming adults, it comes with a resurgence of cult followings, especially toward films that have some type of minority representation. Although Fox and Seyfried’s relationship isn’t explicit, they share a number of moments that give a lot of meaning to their budding feelings. As well as that, ‘Jennifer’s Body’ showcases strong women and puts women in leading roles instead of casting them as side characters.

‘Jennifer’s Body’ was created at a very different time in the world, which I’m going to attribute some of the negative criticism to. Back then LGBTQ+ representation was rarer than it is now, although there needs to be more improvements, and members of the community clung to any sort of LGBTQ+ characters. They found representation in the main characters from ‘Jennifer’s Body’, Jennifer and Needy. Jennifer and Needy were a colorful pairing, the classic nerd and cheerleader trope. It wasn’t what the script did, but what the actresses were able to do with their characters that made their roles so powerful.

Jennifer, portrayed by Megan Fox, was multidimensional and not a classic villain. She had clear needs and desires that often clashed with the soul that had possessed her. She also had romantic feelings toward Needy, played by Seyfried. This subtext was implicit, but clear in the jealousy that Jennifer experienced whenever Needy hung out with other people.

Jennifer showed extreme signs of jealousy especially when Needy hung out with boys, and it’s been confirmed that Needy felt a homoerotic infatuation toward Jennifer. Needy was the perfect foil to Jennifer’s callus nature, the former being careful, cautious, and protective while Jennifer tended to be impulsive and reckless. Jennifer and Needy’s attraction to one another, and all the little moments they shared throughout the film, culminating in a scene where they finally kissed each other. It’s a short-lived movement, but an impactful one, since Jennifer’s character declares she “goes both ways”. At a time of little to no representation, the fact that there was bisexual representation was extremely powerful.

‘Jennifer’s Body’ was marketed poorly, but had strong themes throughout that allowed it to become a cult classic a decade later. The main cast is made of two strong, independent women who were dealing with the occult, yet also portray toxic relationships. Representation means we need all types of different relationships, the good and the bad. While the relationship between Needy and Jennifer was toxic, it wasn’t because of their sexuality it was, frankly, because Jennifer was possessed.

Also, this movie has been hailed as a feminist movie because Jennifer enacts her revenge against men, the same gender who made her feel powerless and ruined her life. Her only victims are men, and at the end of the film when Needy gets revenge for Jennifer, it’s against the same group who started it. In the end, the LGBTQ+ representation in ‘Jennifer’s Body’ was important because bisexual characters were unheard of at the time, and this representation helped it get a cult following many years later.

More About Megan and Amanda

Megan Fox has been one of the most outspoken advocates about abuse in the film industry, especially regarding a woman’s treatment by men. Known as a sex symbol, some of Fox’s first roles had her in skimpy clothing or a bikini, even though she was underage at the time. It’s been a recovering theme where Fox portrays a character meant to be a love interest and/or eye candy, i.e. ‘Transformers’,  for too long. Fox has wanted to branch out, but has been typecast in these types of roles since a young age. ‘Jennifer’s Body’ saw Fox really come into her own, being able to showcase her acting range as well as play a character that was three-dimensional. Jennifer has multiple reasons for her actions and isn’t just there because she’s hot, although the movie does play on purely physical looks for some lines.

Like Megan Fox, Amanda Seyfried has been in the film industry for a few decades and started acting around the same time as Fox did. Unlike Fox, Seyfried has explored a plethora of different genres and different types of screen work. Seyfried has acted in acclaimed movies like ‘Mean Girls’ and ‘Mank’ along with smaller television shows. ‘Mank’ has re-thrust Seyfried back into the spotlight after a few plateaus. However, in the past few years, she’s had a lot of personal successes. She got married, lives on a farm, and has two kids. The person Seyfried has become is far from her character in ‘Jennifer’s Body’, who at the beginning is as needy as her moniker, but she’s grown into her own and it’s amazing to see.

While some cult classics, like ‘Jennifer’s Body’ are more niche, there are quite a few movies that are widely acclaimed and gained attention long after their box office debuts. Prime examples are ‘Fight Club’ and ‘Office Space’, which performed poorly in theatres but experienced extreme success once they were released on home video. One of the biggest cult classics right now is ‘Donnie Darko’, a movie that featured a plane crash in its trailer and didn’t advertise much in the wake of 9/11. Because of this, it performed horribly at the box office and made less than one million dollars in its original run. However, this film was critically acclaimed and was eventually re-issued where it made over 6 million dollars, and its release on home video in 2002 had the movie finally gain its rabid following.

Like ‘Donnie Darko’, ‘Jennifer’s Body’ performed poorly but also received mixed reviews from critics. At the time, ‘Jennifer’s Body’ was slammed for not being funny or scary enough to live up to its general themes. Other critiques focused on the narrative, although people praised it for the performances, particularly from Fox, and the emotional range. Almost a decade later, shortly after the beginning of the #MeToo Movement, ‘Jennifer’s Body’ was revisited by younger generations, and news of the movie began to spread across social media. It was helmed as a feminist horror film and as a decent representation for the LGBTQ+ community, especially at the time when gay marriage was still illegal in the United States.