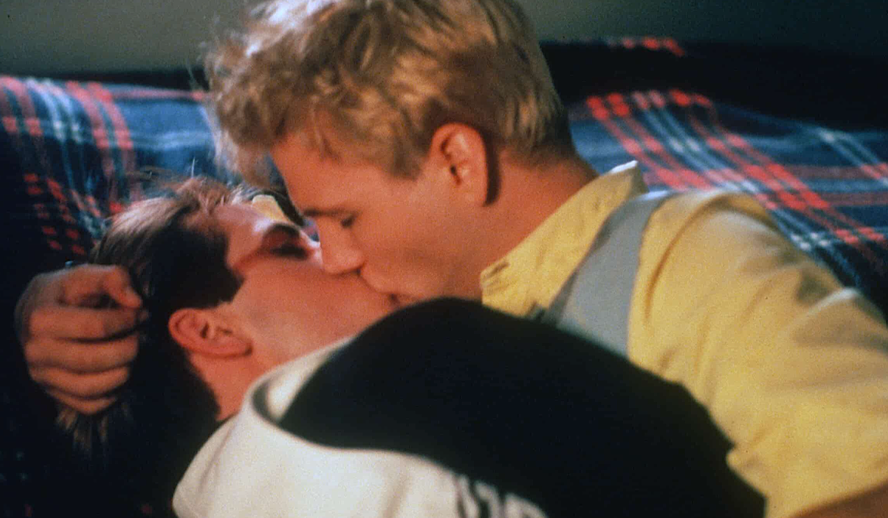 No surprise that this Best Picture of the 2017 Oscars winner is a must-watch during Pride month. Barry Jenkins’ masterpiece tells the story of Chiron Harris as he struggles to accept his sexuality. The film is split into three parts; his childhood, teenage years, and adulthood. Through each phase of his life, different obstacles come his way, but the constant shame still stays with him. This may be a heart-wrenching film, but a visual poem that has moved audiences.

Hollywood has been on the right path for LGBTQ+, creating more films/tv shows and characters that are a part of the community. An important part of doing that is diversifying what people see as “gay”. Playing into stereotypes is dangerous and Hollywood has profited off the funny gay best friend for too long. Yes, there are some, but there are a lot of people who don’t identify with that role. ‘Moonlight’ not only brings up the internal struggles of being gay, but also the race card. Seeing representation on screen is crucial for kids growing up; having a person of color in an LGBTQ+ based film is key to questioning black boys and girls. This is an essential watch for Pride!

Available to stream on Showtime.

Beanie Feldstein and Kaitlyn Dever star in Olivia Wilde’s directorial debut, ‘Booksmart’. This hysterical teen comedy follows two academically driven best friends as they discover they missed their entire social life and now have to pack it all in their first and last high school party. An absolute adventure from start to finish, with heart-filled characters, and unforgettable moments.

Dever’s character, Amy identifies as a lesbian from the beginning. What makes this film a must-watch for Pride month is the normalcy and acceptance that is displayed throughout the film. There is no “coming out” or stereotypical climax to a parent’s rejection of their child’s sexuality. She is gay, but that isn’t the plotline of the entire film. Society sometimes gets too caught up in the horror stories of coming out that they forget some people are living their authentic lives with little harm. When a film or television doesn’t show a person getting brutalized or rejected for their sexual identity, those fears go to the back burner of the mind for the viewer. They see the normalcy of being gay which then becomes less shocking when people in reality are also a part of the LGBTQ+.

Available to stream on Hulu.

A-List transgender actors, actresses, and film professionals come together for this documentary, ‘Disclosure’, to share their take on the industry’s portrayal of transgenders and how it has affected them. Sam Feder’s film is a rude awakening of the repercussions that media has on viewers and the important role that tv/film has by being the first and sometimes only access people have with transgenders. With clips and anecdotes from Laverne Cox, MJ Rodriguez, Lilly Wachowski, and many more, their story may be difficult to hear, but necessary to watch.

Film & TV have a platform like no other. The pandemic proved this when people rushed for entertainment when being locked indoors. With this kind of power comes a huge responsibility. People tend to want to just push forward and forget about the past, but acknowledging what went wrong is an important step in fixing it for good. Point blank, transgenders have been ill-treated (and still are) in the media since the beginning of time and this film exposes all of the dark corners of the subject. The violence against transgenders (especially black trans women) is still an uphill battle and helping that fight would be having a more accurate and sensitive representation of transgenders all across media platforms. As Pride comes towards the end, the industry must remember the crucial role that they have.

Available to stream on Netflix.

Sean Baker’s iPhone treasure not only was a pivotal moment for the independent film industry, but also for transgender actors. Kitana Kiki Rodriguez and Mya Taylor portray transgender sex workers caught up in some Los Angeles drama. The film hits the ball running when Sin-Dee (Rodriguez) gets out of prison on Christmas Eve and on the hunt for her cheating boyfriend with her best friend, Alexandra (Taylor). This gritty and crude film is a rollercoaster from the first shot till the credits.

Why this film makes the list is the choice of actors. Rodriguez and Taylor both identify as transgender women on and off the screen which is critical for the industry to do. Baker’s choice made this film feel authentic and there is no sense of confusion about identity. There is no lack of transgender actors in the field, but there is a lack of roles being offered to them. The roles that they are looking for are being filled by cisgender actors who don’t have the life experience of being in character every day. ‘Tangerine’ is a wonderful example of trans actors being represented. To piggyback off the ‘Disclosure’ point, these actors are women on and off-screen which helps end the hateful assumption that men are pretending to be women and tricking society. Supporting films with accurate representation makes this a must-watch.

Available to stream for free on Tubi.

David Moreton’s 80s-set film follows Eric Hunter (Chris Stafford) as he enters his summer before senior year of high school. He works at a restaurant with his best friend, Maggie (Tina Holmes), where he meets a boy that changes his whole world forever. Falling in love for the first time is a feeling like no other, but doing it while figuring out your sexuality makes things a bit difficult. A summer filled with sex, drinking, and eyeliner that Eric will never forget in ‘Edge of Seventeen’.

This lesser-known LGBTQ+ film is on the list because it does a good job at showing the welcomeness of the community and endless support a person will find. Eric goes to a gay bar for the first time and is immediately greeted by an old friend who becomes his rock when things get tough. The Eric that is in the gay club is a whole different person that goes home at the end of the night. The confidence drains from him almost immediately and that is something that a lot of LGBTQ+ members can relate to. It isn’t until they are surrounded by like-minded people that they can finally breathe easily. This is a touching coming-of-age film with many relatable themes for pride. If that doesn’t convince a watch, then watch to see the legend Lea DeLaria sing some jazz!

Available to stream on Netflix.

There are tons of more Pride films being advertised to watch all across streaming subscriptions, but these five films stand out from the typical formula that Hollywood has given for LGBTQ characters. Celebrating love and authenticity is only a small part of Pride month; remembering the constant fight for equality and healthcare is still active across all states. Hollywood must use their power to tell the stories of people who have been silenced for too long. Happy Pride!