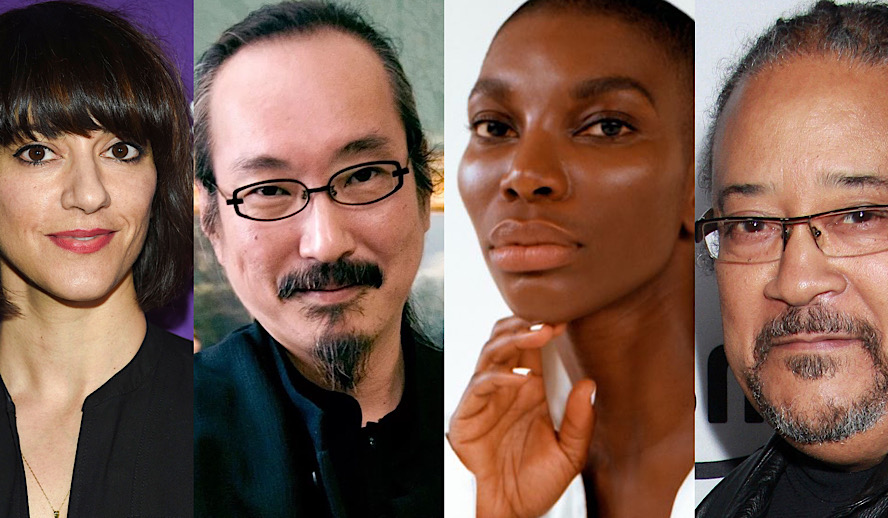 One of the greatest joys of my life (pre-COVID, and prayerfully post as well) is AMC’s Academy Awards screening blocks. Over the span of two days, you are able to sit in a dark, quiet theater and watch every theatrically released film nominated for Best Picture with the comforts of their fancy new recliners and movie theater popcorn. It was around a year ago that I was walking out of my local AMC after Day 1 of the screenings (‘Little Women’, ‘Ford v. Ferrari’, and ‘Joker’) when I realized something that threw me off – if I thought long and hard about it, I had seen four? five? people of color in total. Three feature-length films and I could list every character of color on one hand.

This isn’t a new phenomenon. Hollywood is a White-dominated industry that gives the generous appearance of acceptance and diversity, all while creators of color are constantly being put into stereotypical boxes and passed on job offers because they don’t “look the part.” Outwardly, the entertainment industry wants us to believe so badly that they are changing for the better, but this is larger than an Academy Award or another role whitewashed for the sake of exposure. The change can begin from within.

“Holding your #fave accountable” is Twitter’s favorite phrase. A beloved celebrity has a checkered past filled with sexual assault? He apologized on the notes app, move on! That White actress has played roles written specifically for Black women? Well she isn’t anymore, is she?  Accountability is more than acknowledging the problem someone has caused and trusting that they will do better in the future. It means taking an active stance against that person until they have actionably proved that things will be different for the future of their time in the spotlight and for the rest of their life, and sometimes it even means giving up your loyalty to that celebrity entirely.

Holding people accountable for their actions wouldn’t be such a public issue, however, if it weren’t for the existence of social media and internet presences. For the first time in history, the entire world is only a text, tweet, or post away from one another, and the way fans react to certain situations can be a massive influence on a film or television production. So yes, accountability is more important than ever, but we must ensure that our actions are active and unwavering.

So What Are We Holding Filmmakers Accountable For?

If you have a favorite American, European, or Australian filmmaker, the chances are that they’re White. I can’t blame you – I’m a sucker for a good Nolan or Gerwig film, and statistically, screenplays (written by White people) are more likely to be picked up by directors (who are White) and producers (also White), then cast by and with White people. The system is stacked against us! This is why people are calling upon their favorite filmmakers to begin casting and creating their films with a more diverse mindset, with stories that can feel relatable to a new sector of society. It would be incredible to see more characters of color star in the peaceful, organized world of Wes Anderson, or maybe a Quentin Tarantino film with a diverse lead and no negative racial stereotypes.

We Should Be Watching More Filmmakers of Color

While, yes! The world in which diverse or colorblind casting doesn’t need to be labeled as “different” or “noteworthy” is one that would probably produce better, more well-rounded content! However, the problem lies much deeper than who is represented on the big screen. White directors and screenwriters shouldn’t start telling minority stories for the variety alone. If the film industry truly wanted humanity in all shapes and colors to shine, we would begin by giving the spotlight to existing filmmakers who have been telling their stories.

You can trust a Black man to make a sincere, honest film about the experience of growing up Black in America, even if he chooses to represent a different time period or a situation that he didn’t personally go through. His film will still be authentically Black. When an Asian woman writes a film criticizing the Asian community for an antiquated belief, we do not have to analyze the story first for racist undertones or biased judgment. We can watch the movie and understand that this is true to how some Asian people feel about the issue. There is a peace that comes with watching the films of creators of color that will never be granted by a White filmmaker because they innately understand the material they show to us. It is not just a story, but a history.

A Place to Start

It wouldn’t be fair to ask you to start diversifying your movie habits without giving you a place to start, so here are some incredibly talented directors of color that you might not have heard of. Satoshi Kon is a Japanese filmmaker who was primarily an anime and manga director, and his most famous work is the chillingly obsessive ‘Perfect Blue’. For fans of anime or Studio Ghibli, Kon will be a surefire favorite.

Ana Lily Amirpour, an Iranian-American director of the largely influential and prolific horror film ‘A Girl Walks Home Alone At Night’, has an upcoming project entitled ‘Mona Lisa and the Blood Moon’ that looks equally as chilling. Ernest R. Dickerson focuses on both supernatural horror and urban suburbia with his set of action-based films, such as ‘Juice’ or ‘Blind Faith’. Michaela Coel both co-directed and starred in the critically acclaimed HBO series ‘I May Destroy You’, working in tandem with Sam Miller, and you can also watch her in ‘Chewing Gum’ or ‘Black Mirror’.

In the end, sure. Let’s hold White filmmakers accountable. Having a cast of colorblind characters is certainly the better step in the right direction, and people of color deserve to see themselves represented in iconic filmography. However, we can begin cultivating an entertainment industry that understands the value of authentic, genuine storytelling from creators of color by simply giving those filmmakers the spotlight. The future should look bright for all.