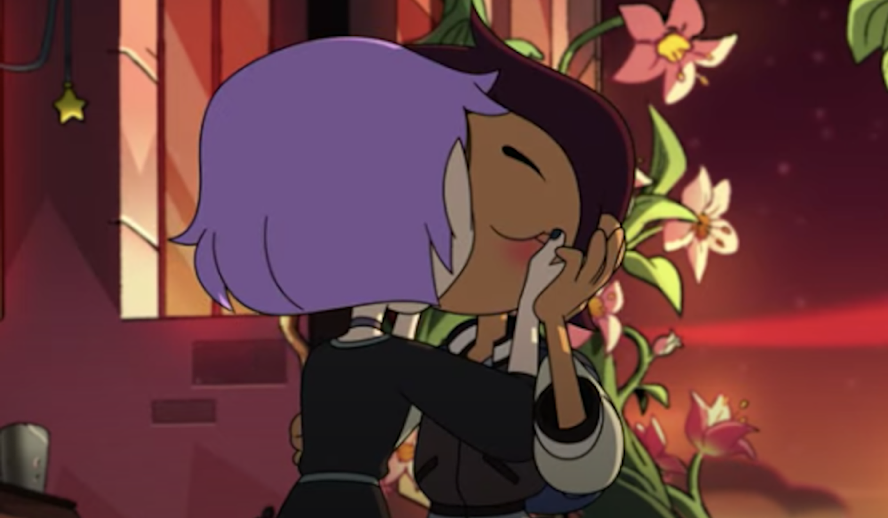 The Walt Disney Company has always claimed to be inclusive and for everyone but in recent years, the company has been facing criticism for inclusivity when it comes to the LGBTQ+ community. It’s become a meme when headlines say that Disney has made history with its first gay couple but when you watch the film, they are background characters or a blink you’ll miss it kiss. Many people have been wanting Disney to make the big leap and have a same-sex couple as the main characters in a film but when you look into it, the people working at Disney have to fight to get the bare minimum onscreen. The company was in some trouble recently when employees of the company spoke out against the CEO for backing the “Don’t Say Gay” Bill in Florida.

Many spoke out on Twitter about how the company claims to be inclusive but their actions don’t line up and others talked about how they love the company but are frustrated with how they put money first before anything. As a Disney fan, it’s important to hold the company accountable for their actions and make them act on their promises instead of being all talk. Therefore, when it comes to Disney making headlines about making history, be sure to give the creator of the show all the credit because they had to fight for the kiss to happen in the first place.

‘The Owl House’ – Be Gay and Prosper

‘The Owl House’ is an American animated fantasy TV series created by Dana Terrace that premiered on Disney Channel, on January 10th, 2020. The show is about a teenage Dominican-American human girl, Luz Noceda (Sarah-Nicole Robles), who stumbles upon a portal to another world known as the Boiling Isles. She then befriends “The Owl Lady” aka Eda Clawthorne (Wendie Malick), who is a rebellious witch, and King (Alex Hirsch), an adorable young demon. While on the island, Luz pursues her dream of becoming a witch despite not having magical abilities and serves as Eda’s apprentice at the Owl House. Throughout the first season, we learn about the Boiling Isles and its residents alongside Luz and in the end, we want her to succeed at being a witch.

During the development of the series, Terrace said that lore for the series was inspired by the art and storybooks by Hieronymus Bosch and the hardest decision Terrace had to make was whether to implement potential lore elements in the series. When watching the series, you can tell it’s one of a kind due to its supernatural elements. Terrace wanted to include horror elements in the show because she loved being a little scared as a child but she wanted to balance the horror out with comedy and heartfelt moments. The series was supposed to have a darker tone because Terrace wanted to create a TV animated series targeted at older audiences but had to tone it down during season one to compromise between her ideas and Disney executives’ wishes.

The show definitely isn’t scary enough to keep kids up late at night but can be scary to families who don’t like the whole witchcraft idea. When the show first season premiered, it got backlash from parents who felt like this show was made to corrupt their children’s mind into doing witchcraft and was confused about how this show was approved in the first place. Terrace responded to the backlash in a tweet saying “Anyway, be gay do witchcraft”, which made fans of the show love her more. You can tell that Terrace loves her show and the people that watch her show because she’s always letting them know what’s happening behind the scenes which are rare among show creators.

While I wasn’t watching the show the night it premiered, I wasn’t that late when jumping on ‘The Owl House’ train. From looking at the show from the outside, it didn’t seem like much because only a couple of episodes were out and only a couple of people were talking about the show. Rebecca Rose was one of them, she put out a video titled “How To Write A Bully, A Look At Amity Blight”, and it convinced me to watch the show because I knew the show was different from the way they handled Amity’s (Mae Whitman) character and I wanted to see how her character progressed. Amity’s character progression is amazing and is something I always wanted to see in a TV series, her character arc goes from bully to misunderstood to a rebellious confident witch, who’s also in love with the main character Luz!

When the show started dropping hints that she liked Luz, my first thought was “no way, they’re not going to do this” especially since it was the first season because usually when it comes to LGBTQ+ couples in animated shows there are subtle hints that characters like each other but nothing usually happens until the last season. It’s not the show to blame but the company behind it making the decisions to cut things out but allowing a gay kiss to happen in the final season because the show is over anyway. However going back to ‘The Owl House’, the show is doing a phenomenal job when it comes to Amity and Luz’s relationship, there isn’t a will they or won’t they? It’s a cute-paced build-up till they finally get together and it’s great because it’s rare when a show has a couple become canon and we can see how their relationship progresses!

Amity was first a bully to Luz and her friends but it was revealed she has to be perfect in everything she does due to her parents. She has to dye her hair green to fit in with her siblings and to keep the family image but when Luz comes into her life, she decides that she wants to be a better person and live a happier life. She starts to be her own person and doesn’t allow herself to be controlled by her mom anymore. Amity develops a crush on Luz and it isn’t shown to be mutual until the beginning of season two when Luz starts to blush and find ways to be with Amity. Their relationship develops into their first kiss, where Amity kisses Luz on the cheek to Amity and Luz ask each other out for their first actual kiss. Dana Terrace made Disney channel history by having her two main female characters get together and share a kiss before the finale!

Why Does This Matter?

This is a big deal when it comes to LGBTQ+ youth because when I was younger, I didn’t know anything about the community and was often confused about my own sexuality. If I had a show like “The Owl House” when I was younger, I would’ve felt more comfortable with myself and my bisexuality. This show lets its viewers know that it’s okay to be gay and shows that their relationship isn’t any different than a heterosexual one. This show can be the turning point for a young kid to accept themselves and others. It’s important to have shows like this for kids because it makes being LGBTQ+ less taboo and more normal. I believe it’s time for shows to follow in “The Owl House” steps and for networks to allow their creators to keep making shows like this because if we want to live in a more accepting world, it now starts with the media we consume. My final words are a thank you to Dana Terrace and ‘The Owl House’ crew, you deserve all the praise in the world and I can’t wait to see this show go out with a bang!