‘The Umbrella Academy’ Season 3 and Transgender Identities: The Validation of Elliot Page 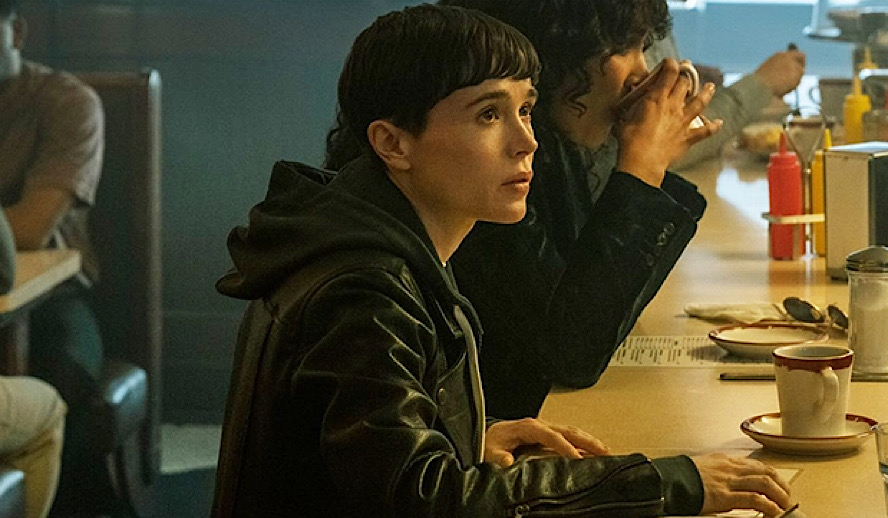 Recently premiering on Netflix, the third season of the fan-favorite series ‘The Umbrella Academy’ made some rather progressive changes to its storyline in order to support one of its lead actors, Elliot Page. Page came out as transgender to fans around December of 2020, at which point he revealed his new pronouns as well as his new name. Prior to coming out publicly, Elliot Page was cast as the character of Vanya or Number Seven in the Netflix series ‘The Umbrella Academy’ based on a comic book series by the lead singer of the band My Chemical Romance – Gerard Way. As the series returns to the streaming platform for round three, some changes have been made to the storyline in order to express support for Page’s transition.

Within the new season, ‘The Umbrella Academy’ has reintroduced the character of Number Seven as a transgender man by the name of Viktor. This change was accompanied by slight changes to the script to incorporate Viktor’s transition. It is shown as Number Seven goes through a minor identity crisis during which he gets a gender-affirming haircut and changes his clothing style.

Of course, there isn’t a particularly easy way of incorporating a transgender identity into a story that was not constructed for that purpose since a new identity usually needs some amount of foreshadowing to make the transition blend in with the plot. When the first two seasons of ‘The Umbrella Academy’ were written, the writers were not aware of Page’s identity. Consequently, that foreshadowing for Viktor’s transition was not present throughout the show. An attempt was made to incorporate scenes from season two that could be interpreted as foreshadowing, however, it didn’t make much sense.

Though it’s important to mention an aspect of this shift in the story that was actually done quite well. Since it is most likely that the script had already been in the works when Page came out publicly, it would mean that the writers had to alter the story that had already been written. That is the likely cause behind the fact that Viktor’s transition in the show is extremely brief. However, the speed at which all the motions of a successful transition are completed was also incredibly affirming seeing as there wasn’t a particular focus on the process. That sort of focus can be damaging to trans individuals and make them feel somewhat alienated. Though, since season three wrapped up Viktor’s transition arc in less than two episodes, it did show that transness is not a matter which calls for a massive shift in attitudes towards the individual. Instead, it reinforced the understanding that while transness should be celebrated, it does not have to fundamentally change the lives of the people that are close to the individual.

The Importance of Viktor

As a transgender individual, it is difficult for me to find representation in media, despite the fact that my education and career are centered around dissecting said media. When Elliot Page came out in 2020, he caused a wave of celebration in the community. There was finally a popular celebrity that identified as a transgender man. This was huge to trans individuals that grew up with Page’s performances. Such as their lead role in the cult classic ‘Juno’ in 2007. Page made a change in popular media that could not be ignored.

I had a conversation with a follower after publishing my experience with watching season three of ‘The Umbrella Academy’. He, a cisgender man, reached out to me stating that he wasn’t particularly fond of the new developments in Number Seven’s character, stating that it was bulky and unnecessary. Further along in the conversation, he stated that, as an actor, Elliot Page should have been able to “suck it up” and continue playing his character as female. Right away, there were issues with what he had said. While I believe that Elliot Page could have easily played a female character, the matter of the rewrites to his role was not concerned with his range as an actor. Rather, this alteration was made for the purpose of safety, security, and validation.

The writers of ‘The Umbrella Academy’ made this choice for Viktor’s character so that Elliot did not have to feel as though his struggles with gender identity have been undermined. Within that, they allowed him to feel secure and valid in his workplace. As an actor, you often work obscene hours in order to fit into the shooting schedule. Most of your days are spent on set. My follower argued that the production could have validated Page behind the scenes. I responded by informing him that when you spend your whole life carrying an inaccurate identity, it’s not as simple as “sucking it up” for the camera.

This change in Viktor’s character was not just a gesture made for Elliot Page. It was a gesture for the LGBTQ+ community as a whole. Within allowing the character to transition, ‘The Umbrella Academy’ told us that our identities should be protected. This is more than most popular media is willing to allow. This gesture was beyond important. By protecting Elliot Page, the production showed the transgender community that we deserve protection and respect. That it isn’t asking for too much to make adjustments for trans people.

Reintroducing Elliot’s character as male was a massive step in the right direction for popular media. It can only be hoped that this train of reaffirming action will bleed into other shows and films. Transness must be protected. It is empowering and beautiful. The transition has always and will always be an act of defiance. From the bottom of my trans heart, thank you to ‘The Umbrella Academy’. Thank you for making transness visible and accessible. One small change can move mountains.