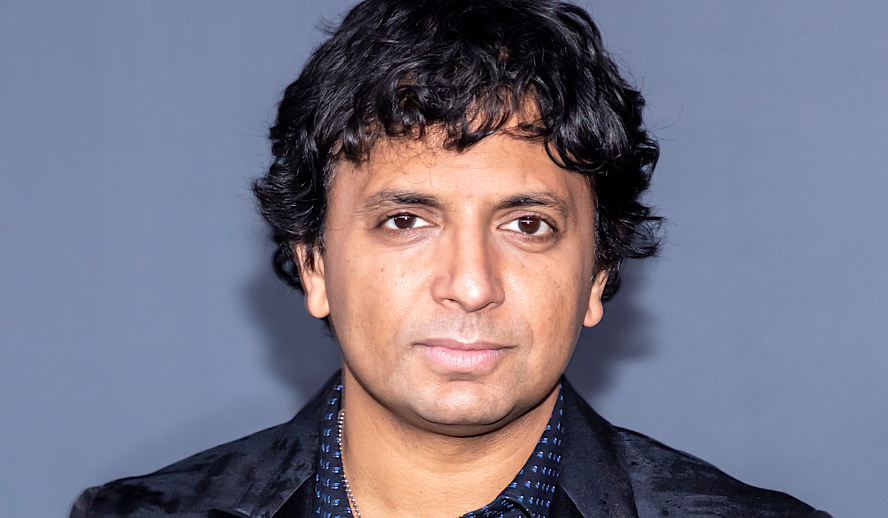 M. Night Shyamalan has had one of the most interesting careers in the history of Cinema. The director gained his first traction with his 1999 hit, the Bruce Willis starring thriller ‘The Sixth Sense’, and continued his hot streak until eventually falling into a long dry spell. Yet despite this stretch struggling to maintain commercial and critical successes, as we sit here today in the year 2021, M. Night Shyamalan is a name that is again spoken fondly of, many raving about the second season of his Apple TV+ show ‘Servant’ and highly anticipating his next film ‘Old’ starring Alex Wolff that is set to release later this year.

With one of the most historical falls from grace in terms of public perception of his films, how did we get here? Some have said he had a real-life redemption arc, putting his ego aside after having a run of films that failed and righted the ship by getting back to what Shyamalan does best. While I may have agreed with that sentiment a few years ago, my opinion has changed. I don’t think Shyamalan ever “forgot” how to make good movies after being declared the next Spielberg by so many — Shyamalan has been the same filmmaker that he has always been: a filmmaker that takes risks and never settles for the status quo.

The Start To Something Great

Night Shyamalan broke into Hollywood through the aforementioned ‘The Sixth Sense’ that engaged and captivated audiences with its mysterious concept and spectacular twist. The element of “the twist” is one that became a Shyamalan-staple moving forward into his career due to the success and genius of the ending of ‘The Sixth Sense’. This unexpected ending has garnered praise for its cleverness, but I don’t often hear praise for Shyamalan taking the risk to completely alter the audience’s perspective of the film in the closing moments of his film. In hindsight, there would never be a question as to whether the twist was right for the film — however in the development process of the film, it would have been easy to question oneself about such a deviation from conventional endings to a story yet Shyamalan chose to be bold and to do something different.

Doing something different is a common theme in Shyamalan’s work. His follow-up film, ‘Unbreakable’ starring Bruce Willis and Samuel L. Jackson, is a departure from ‘The Sixth Sense’ in many ways. ‘Unbreakable’ is a much grittier film and, in many ways, more innovative. The film presents itself as a mystery-thriller but it is in all actuality a superhero film in disguise. Shyamalan again wanted to subvert expectations and with ‘Unbreakable’ he succeeded with more surprises than just his twist ending. Shyamalan’s third film, ‘Signs’ starring Mel Gibson and Joaquin Phoenix, was another step into uncharted territory for the director in an alien-invasion film but from the perspective of a single-family. The film made something as boisterous as an intergalactic invasion and made it personal and intimate as we experience the invasion from the perspective of the family. ‘Signs’ was another example of risk-taking and boldness paying off being one of my favorite alien-invasion films.

After the release of ‘Signs’, many people will claim that Shyamalan went on a streak of bad films that were not anywhere to the level of quality he had previously maintained. While I am in agreement that after ‘Signs’ Shyamalan produced a string of films I was not a fan of, however, the reasoning as to why this cold-streak occurred is what I disagree with. After being praised for his unpredictable twists, the director was met with criticism of getting too clever with his twist ending to his fourth film, ‘The Village’, that starred Bryce Dallas Howard, William Hurt, and Sigourney Weaver.

Following ‘The Village’ was ‘Lady In The Water’, starring Paul Giamatti and Bryce Dallas Howard, which was responded to negatively across the board. Many cited the on-the-nose nature of the film critic character, whose narcissism leads to his demise, as a clear response to the mixed-negative critical response to ‘The Village’. His next film, ‘The Happening’ starring Mark Wahlberg, was an attempt at a B-Movie and pitted the Earth’s plants against the human race that was again met with negative reactions from fans and critics. After his next two subsequent films, ‘The Last Airbender’ and ‘After Earth’, suffered similar reactions, Shyamalan’s name did not carry the weight it once had. Talk of Shyamalan losing his touch spread within film circles, yet what exactly was the reason for why his films were not succeeding as they once were remained a mystery.

In 2015, Shyamalan dipped his toe into the found-footage genre with ‘The Visit’ which depicted two children visiting their estranged grandparents. The film featured Kathryn Hahn and was a critical and commercial success, the tension in the film was excellently crafted and the smaller scope of the project felt like a refreshing change-up for Shyamalan. The film was not marketed as a Shyamalan blockbuster, but as a small indie horror film, which helped give audiences an accurate representation of the project. A year later in 2016, Shyamalan released to audiences his modern masterpiece: ‘Split’. The film starred James McAvoy as Kevin, a man with twenty-four different personalities, who have abducted three young girls played by Anya Taylor-Joy, Haley Lu Richardson, and Jessica Sula. ‘Split’ blew the doors off the box office and was praised by fans and critics alike for its tense direction, unique story-telling, and incredible performance of James McAvoy. Even with all of those incredible elements within the film, however, there was one thing audiences were talking about as they left the theater.

Spoilers For ‘Split’ Ahead

At the end of ‘Split’, we get another Shyamalan twist — but one that was unlike any twist audiences had seen before. As the film closes, patrons of a diner discuss the event with Kevin and the girls with the news feed now calling him The Horde. As the patrons discuss The Horde, they refer to another man in a wheelchair who committed crimes but they could not remember his name — to which Bruce Willis, as his character from ‘Unbreakable’, responds that it was Mr. Glass, Samuel L. Jackson’s character. Shyamalan had outdone himself and created a disguised sequel to his 2000 superhero film and audiences were buzzing that Shyamalan was back.

Shyamalan released a third follow-up to the ‘Unbreakable’ series in 2019’s ‘Glass’ that featured the return of characters from the previous two films. ‘Glass’ received mixed reviews from critics and fans that found the story and ending to be disappointing and not what they expected. Later that year, Shyamalan produced a television show for Apple TV+, ‘Servant’, that started Rupert Grint and Toby Kebbell that was so well received a third season is currently in development. Shyamalan’s career is one of the most interesting case studies in the modern cinematic landscape with the highest of highs and the lowest of lows. Many still ask the question, “What happened to Shyamalan after ‘Signs’?” — my hypothesis: nothing.

I don’t think anything “happened” to Shyamalan. The man did not forget how to make movies or lose his touch — if anything his touch became more and more defined over the years, for better or for worse. Shyamalan was a filmmaker that wanted to push the boundaries of how he could tell a story and subvert the expectations of his audience — and he still is. The man is a risk-taker and with taking risks, there is the chance it does not work out. I contend that Shyamalan did not lose his touch, rather just went on a cold streak of those risky gambles not working out until he hit again with 2015’s ‘The Visit’.

This is why I have such respect for Shyamalan and his work because he is a filmmaker who is willing to take those risks knowing that it may not work out every time. I respect someone willing to take the chance to throw the hail mary pass — it may turn out to be an interception however if it’s caught it is an incredible, unique, and special moment that cannot be replicated or repeated. Taking chances is the only way to progress and grow, failure is inevitable and we all must do a better job of how we react to failure. Rather than condemn the filmmaker for the risk of not panning out, we must praise them for taking the chance.

What’s Next For M. Night Shyamalan