Anya Taylor-Joy: 12 Facts About the Captivating Star of ‘The Queen’s Gambit’ 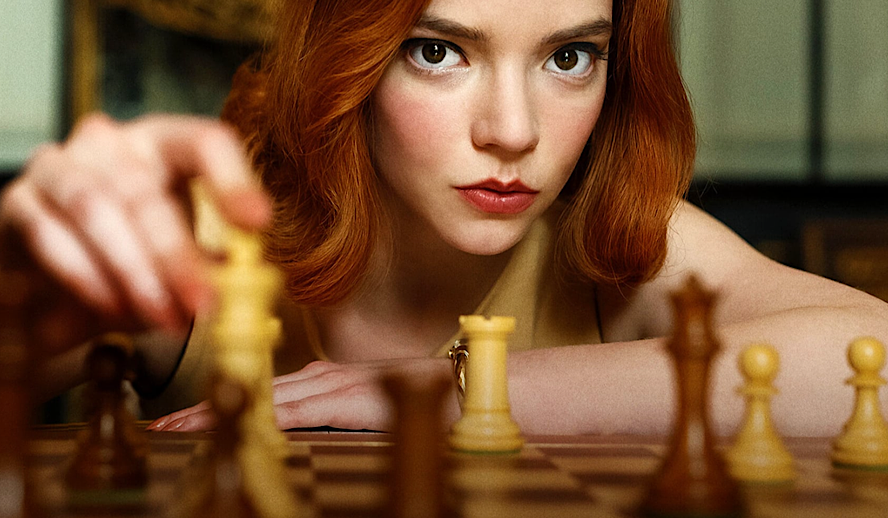 Born in Miami, Florida, the youngest of six siblings, Anya Taylor-Joy has exploded onto the acting scene. She’s dazzled audiences with her breakout role in The Witch, in M. Night Shyamalan’s imaginative thrillers Split and Glass, her currently trending performance in the Netflix mega-hit The Queen’s Gambit (with chess set sales reportedly skyrocketing due to the show’s success), and in her recent role as Illyana Rasputin in the highly anticipated, and infamously delayed, The New Mutants.

An undeniably talented and unique actor, who commands a strong, reserved screen presence, Taylor-Joy’s already illustrious career will undoubtedly only continue to rise. In celebration of her artistry and successes thus far, here are 15 facts about the trending Netflix star:

Related article: ‘The Queen’s Gambit’: A Chilling Stare at the Illusion of American Success

With her modelesque stature (standing at 5’8) and beautifully eccentric features, Taylor-Joy initially started out as a model before eventually becoming a successful actor. She started modeling at age sixteen in London after being scouted by Sarah Doukas of Storm Model Management (who also discovered Kate Moss): “I was walking my dog in heels one day. It was my first time ever wearing heels, and I was basically scouted in the street. On my third shoot, I met an actor who put me in touch with his agent and it all started from there.” Interestingly enough, despite her modeling opportunities, she recalls how: “From the second I walked into Storm, I thought ‘I want to be an actor.’ I didn’t think I could be a model.”

When asked about her first audition, Taylor-Joy described her experience auditioning for the role of young Angelina Jolie in Disney’s Maleficent: “I am the biggest Disney fan ever… And I thought, ‘Angelina Jolie? Me?’ My mom came with me and it was in London. When I found out I didn’t get it, I cried and cried and cried. And that was the last time that I ever cried over an audition.” She credits the experience for helping her face rejection, shaping her belief that if a role “…[is] meant for you, then it’s yours and nothing will stop it from being yours. And if it’s not meant for you, no matter how hard you try, you just have to let it go.”

Although born in Miami, Florida, Taylor-Joy moved with her family as an infant to Argentina (her mother is African-Spanish-English and her father is Scottish-Argentinian). She spoke only Spanish until later moving to London at the age of six.

Impressively, Taylor-Joy’s first real acting role was playing Thomasin in the Robert Eggers folktale-inspired, horror-drama The Witch. (Seriously, go watch it. It’s superb.) Speaking with Crash, Taylor-Joy modestly admits she had “no clue” what she was doing. Despite her lack of acting experience, she quickly identified with the role and began to understand what it meant to be an actor. Upon wrapping the film, she recalls how “…one day I realized it was Thomasin I was missing. I missed spending time with her and taking care of her. That instantly changed the way that I would react to any other character in the future.”

Due to her growing reputation of playing dark roles (in films like The Witch, Split, Glass, and The New Mutants), Taylor-Joy has earned the title “Scream Queen.” She’s even joked about her brother asking if she could play in happier movies. Concerning her tendency to play dark characters, she explains how “I don’t see genre… I see character, I see world. It just so happens that these worlds happen to be dark.”

Aside from taking drama in elementary school and having general aspirations for the craft, she admits to having little acting experience prior to starring in The Witch. In addition to acting, her goal is to eventually direct features of her own: “I want to direct one day… There’s a whole bunch of stuff I want to do. But right now, my heart is very much preoccupied with acting.”

Despite her photogenic complexion, Taylor-Joy (like many of us) has a hard time sticking to a normal sleeping schedule. In her interview with Vogue, she discusses her bouts with insomnia since the age of seven: “I had this really strange notion of sleep – it was like being dead but not dead – so I trained myself not to sleep for very long… Three, four hours and I’m sweet. It helps with the schedule.”

Her history of playing cinematic “outsiders” has helped Taylor-Joy identify herself in her roles, resulting in further excelling in them. Speaking with M. Night Shyamalan, with whom she’s repeatedly collaborated, she notes how “I’ve been lucky in that the roles that I’ve been able to play are all kind of outsiders. And, you know, I belong to so many places, and belong to none of them at the same time, so there’s this sense of displacement – I very much understand what it is to not fit in or belong anywhere.”

In addition to modeling and acting, Taylor-Joy is also musically inclined, reportedly a fan of playing ukulele and the electric guitar in her free time: “I play the ukulele. I write my own songs. And I just bought my first electric guitar. I’m playing around with that too.” She also writes her own music and has even played some of it to singer-songwriter Johnny Flynn – who plays David Bowie in the upcoming biopic Stardust – both of whom worked together while shooting Emma: “We sang together a lot which was really fun, and he’s really supportive, because I’m quite shy about it.” (Via NME.)

Before her venture into acting, Taylor-Joy vigorously studied ballet and dance up until the age of 15. When asked of her dancing pursuits, she stated: “I think I always wanted to be a performer… I just trained in ballet very hard and then when I was 15, it either just became a thing I was going to pursue full time or I was going to do something different.” She ultimately chose to focus on acting, which she first experienced during a school play at around 10 years old: “I can’t give up acting. Acting is the love of my life. And so I have to follow it.” However, she did express interest in eventually getting back into dance, deeming it “good for the soul.”

According to NME, Taylor-Joy is reuniting with Robert Eggers (director of The Witch and last year’s hit The Lighthouse) for The Northman, a 10th Century Viking revenge saga. The film was scheduled to start shooting back in March 2020 before production was put indefinitely on hold due to the ongoing COVID-19 pandemic, but has now reportedly resumed filming and is currently shooting in Ireland (via IndieWire). The anticipated film features a star-studded cast including Nicole Kidman, Alexander Skarsgård, Willem Dafoe, Ethan Hawke, and Björk.

Wanting to keep pushing herself, she’s described her next big goal to eventually sing on screen, stating: “I’d love to do a musical… The idea of having to push your body through all of that and learn all of those skills really excites me.”

In case you missed it, or are simply curious to see what all the fuss is about, be sure to check out Anya Taylor-Joy’s performance in the critically praised limited series The Queen’s Gambit, streaming now on Netflix.