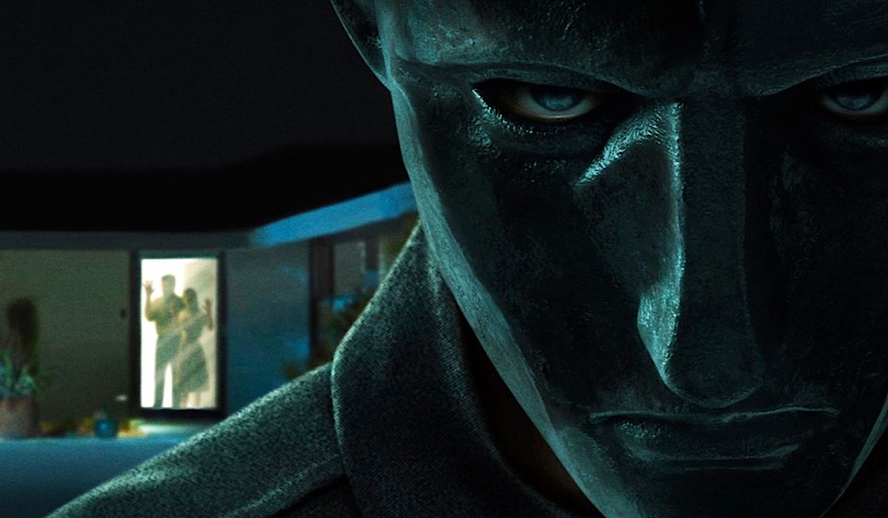 I am a sucker for the horror genre. ‘The Shining’ was the very first scary movie I ever watched, and from then on I was hooked. Whether a horror film has been deemed good, bad, or something in between, I am always up for the challenge of watching it and sharing my opinions. What I’ve found to be proven difficult within this genre however is the ability to make a scary movie different, because let’s be honest, almost all of them follow a nearly identical structure.

If you’re someone like me who has seen an absurd amount of these types of movies, it takes a lot to surprise me. I had high hopes for the new psychological thriller ‘Held’ which unfortunately fell flat once I realized it reminded me of a handful of other horror films already on the market. There were however a few great moments of suspense, twists I didn’t see coming, and a couple of underlying storylines I wished had been further explored.

The film opens with a woman who we will soon know as Emma (Jill Awbrey) in the backseat of an Uber which is driving deep into the forest to a remote and secluded home– one that is equipped with state of the art technology with superior safety features, voice commands, and cameras surveying each and every angle. Emma feels safe in the space thanks to the high level of security, which is most times difficult for her as the audience has briefly dipped into her haunting past in the first few minutes of the film. As she is getting settled in, her husband Henry (Bart Johnson) arrives, and we quickly realize that the two’s marriage is on the rocks.

This weekend getaway quickly turns sinister once the couple wakes up the next morning, their drinks having been drugged, their clothes changed during the night, and are locked from the outside in, with no way to escape. Then a dark and unearthly voice starts speaking to them through the smart home’s security system, barking commands at the couple to which if they disobey, they will get shocked, as the couple has come to find out a device has been planted under their skin to inflict pain.

Young fans of the film may originally recognize Bart Johnson as the famous basketball coach and father of fictional basketball star Troy Bolton in the renowned film series ‘High School Musical’. However, in this film, he puts away his comedic skills as he attempts to protect his wife from whoever is torturing them. The wife, Emma, played by Jill Awbrey however isn’t as recognizable as Johnson considering this is her debut performance in a feature.

The acting at times wasn’t as strong as I was hoping for, which may stem from Awbrey’s inexperience on screen. It reminded me of a horror film made for television, in comparison to one that might land on the big screen. This also posed to be Awbrey’s feature length writing debut. Travis Cluff and Chris Lofing, (‘The Gallows: Act II) co-directed and produced this project and are no strangers to the horror genre as they have previously had their names tied to well-known horror flicks such as ‘The Gallows’, ‘Behind You’, and ‘We All Scream’.

Why the Film Didn’t Hold Me Captive

I was incredibly engaged in the first half of the film. The modern smart house and broken marriage were the perfect components for any trusty scary movie. What I found to be the creepiest element of ‘Held’, however, were the demands being commanded to the couple by this anonymous Voice. The Voice was forcing the man and woman to essentially be a picture-perfect married couple, demanding that Henry open doors for his wife to which she is required to politely thank him for.

The Voice forces Emma to cook her husband an elaborate dinner and in the most disturbing and possibly unnecessary scene in the film, The Voice orders the couple to forcefully sleep together. It is evident that they are being watched and recorded from the second they first emerged from their bedroom after being drugged on their first night as security footage from the night before is playing on the living room’s television set. Obviously the whole “you’re being watched” and “do as I say or else” ideas have been seen time and time again.

I got strong reminders from ‘Saw’, ‘The Stranger’, and even ‘The Invisible Man’ while watching ‘Held’. What could have been a creative film about the play of power within a relationship or marriage, unfortunately, didn’t unfold the way I was hoping it would. Awbrey’s film had too many underdeveloped storylines that weren’t given enough time to truly be played out in the best light, allowing the film to ultimately fall flat. What started strong plateaued a little over halfway through with a strange turn of events that I feel as though took the film in a completely different direction than I was hoping it would go towards…I won’t spoil it and instead will let you discover it on your own, if you wish.

I have high hopes for Awbrey’s work in the future and look forward to whichever film endeavor she takes on next. I think she attempted to make a very stereotypical home invasion style film different which ultimately is incredibly difficult to do, and while it was incredibly close to where I think it needed to be, it required just a bit more work for me to have considered it a success, in my book. With more experience, I am certain Awbrey will be able to execute a fan-favorite psychological thriller in the not-so-distant future.