‘Thoroughbreds’: A Master Class in Acting and Anya Taylor-Joy’s Most Underrated Movie 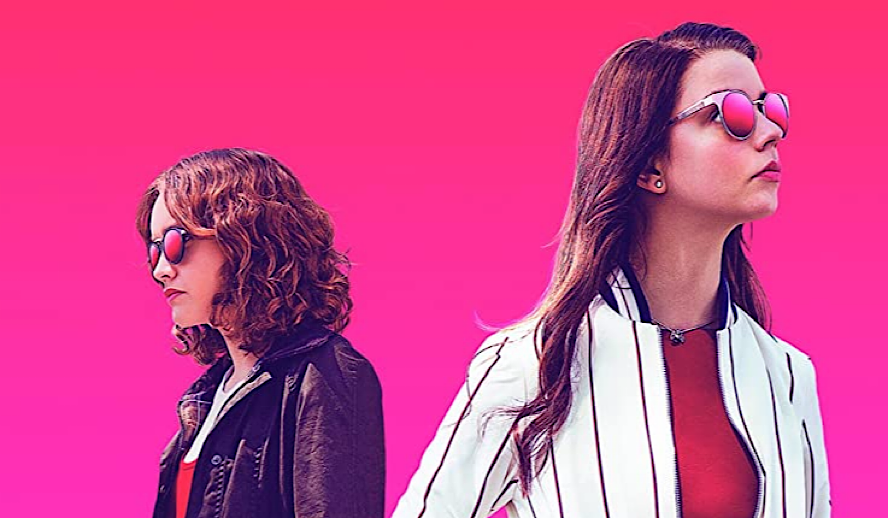 Earlier this year, Anya Taylor-Joy shot up to stardom thanks to her main role in the critically acclaimed series ‘The Queen’s Gambit’. And while Taylor-Joy is new to the industry, she’s no stranger to mega-hit movies like 2016’s ‘Split’. Although Split introduced Taylor-Joy to Hollywood blockbusters, her performance in 2017’s indie flick ‘Thoroughbreds’ was what solidified her as a rising actress.

In Cory Finley’s directorial debut, Taylor-Joy stars alongside Olivia Cooke (‘Me and Earl And The Dying Girl’) as a porcelain socialite named Lily stuck in a gilded birdcage. Even with her gorgeous property in an affluent area of Connecticut, it’s clear Taylor-Joy doesn’t fit in, no matter how hard she tries. Opposite her is Cooke’s emotionless, sociopathic character Amanda who counteracts Taylor-Joy’s refusal to say what she actually means. With a deadpan stare and dry one-liners, Amanda is the perfect foil to Lily: one cares nothing for societal norms while the other will die to protect them and one is direct while the other dances around everything.

Related article: Anya Taylor-Joy: 12 Facts About the Captivating Star of ‘The Queen’s Gambit’

Related article: ‘The Queen’s Gambit’: A Chilling Stare at the Illusion of American Success

Most Importantly – One of Them Is A Killer

At the beginning of the film, we learn that Amanda has brutally euthanized a horse and now feels no emotion, a complete opposite from Lily who seems to feel everything. Lily gets riled up easy as well as hurt easy, evident from how fast to real tears she is. She seems to wear her heart on her sleeve, a trait that changes by the end of the film. The two childhood friends are brought together thanks to Amanda’s mom and form a complicated friendship. Their barbs feel too weighted for the casualness they assume and more often than not their encounters leave with one girl storming off. It’s an odd sort of friendship and although they seem to work fine separately, together they’re a match and gasoline. We all know a fire is inevitable.

One of the beautiful things about Finley’s first film is his ability to explore female friendships. While the games they play seem innocent at first – in one scene Amanda tries to teach Lily how to fake cry – it’s psychological warfare they’re playing. They’re testing each other and their limits to see who will crack first. Tension fills every scene, but not in a contentious way. As the movie goes on, Lily and Amanda often share stolen glances and even finish each other’s sentences. Their solemn moments together are where Taylor-Joy shines the most, in little things like a slight flick of the eyes or the way she leans in while Cooke’s character talks.

Even ignoring their blatant glances at each other, the way they touch and interact with each other is queer-coded. They’re both awkward around each other – in one scene Amanda tries to hug Lily and Lily jumps as if she had just been hit. In this scene, Taylor-Joy’s acting is perfect as she goes dead still with her hands clenched at her sides as Cooke apologizes. The awkwardness they both exude isn’t typical nervousness either, it’s like a girl getting her first boyfriend and trying to balance her desire with her inexperience. It’s a credit to both Taylor-Joy and Cooke to be able to create a layer of sexual tension in a movie about everything except sexuality (neither Lily nor Amanda express any interest in anyone or even try to get with anyone).

Taylor-Joy dropped out of school to pursue acting at 16, but never received any formal training which is even more astounding when looking at her roles. With Lily, Taylor-Joy plays a double-sided character with the “capacity for cruelty…but not the will for it” (IndieWire). Underneath the glitter and gold of Lily’s life, there’s an ugly rust spreading – namely her tumultuous relationship with her stepfather Mark (Paul Sparks). Throughout the film, Taylor-Joy directs most of her anger and violent thoughts toward Mark (albeit without him knowing) until Cooke’s character suggests they kill him. And this is where the story turns.

Here is where all of the subtleties Taylor-Joy has been showing – a twitch of the lips here or an upturn of the nose there – come to the surface and reveal the true nature of her character. So emotionally distraught and charged up, Taylor-Joy is willing to do anything in order to get rid of Mark. When she brings the idea up again, Taylor-Joy’s body is taut like a spring waiting to snap while Cooke’s character is relaxed and unbothered. Even in the moments where Taylor-Joy doesn’t explicitly say she’ll murder her stepfather (she tries to subtly suggest ways to hurt him instead) the details are clear in her eyes. There’s a dark glint in her eyes throughout the second half of the movie as though she’s been thinking of this plan for years.

Leading up toward the climax, the cinematography starts to turn sinister. Under the cover of night, the mansion looks more like a desolate museum than a house. And as Taylor-Joy traverses through the house looking for something, we follow her in a long, moody, tracking shot. We follow her through winding hallways and underneath high ceilings as she navigates this maze for us. This is truly a moment where the realization sets in that Taylor-Joy was never as free as it seemed, she was a mouse in a maze and now we are too.

Taylor-Joy is the Grandmaster and She Just Called Checkmate

Earlier in the film, Amanda and Lily have a conversation outside on an enormous chessboard. As Amanda moves pieces around, specifically a pawn, a double-meaning is created because of this set design. In the ending of the film, the score serves as our vehicle to witness an off-screen murder of Mark as his ever-constant rowing and sloshing of water comes to an abrupt end. We never see the murder, just the bloody aftermath, but we don’t need to understand what has transpired. The ending is swift but fits the style of Finley and the whole tone of the movie. The huge twist comes as a shock but when reality sets in it all makes sense, that Taylor-Joy has been a master of chess long before ‘The Queen’s Gambit’ and we all just got played.

‘Thoroughbreds’ is available to stream on Hulu.