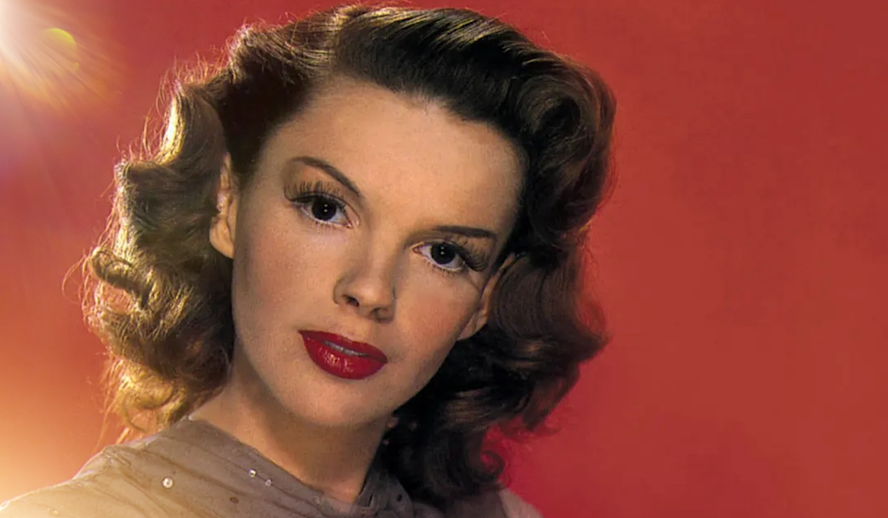 There is no actress more legendary than Judy Garland. I dare you to find a single American who doesn’t know at least a few lines of ‘Somewhere Over the Rainbow,’ because Judy Garland brought us all to tears when she sang it in ‘The Wizard of Oz.’ Unfortunately, the legendary actress led a tortured life of drug addiction, verbal and sexual harassment, and mistreatment but she rose above it all and gave us some of the best performances in film history.

Today, we honor a legend of stage and screen with 32 facts about Judy Garland:

Not exactly the most fitting name for a Hollywood starlet, so it makes sense that she changed it.

#2- Her parents were vaudevillian actors.

It’s easy to see where Garland got her talent for performing.

It would’ve been an easy place for a young Judy to fall in love with theater and movies.

Judy performed along with two of her sisters at her parents’ theater. They sang ‘Jingle Bells’ to an adoring audience.

#5- She performed with her sisters regularly.

Garland and her sisters were a sibling band long before the Jackson 5 made it cool.

#6-  Her family was forced to move to Lancaster, CA for the most ridiculous of reasons.

Nowadays, if a person had reasonable friends and told them he was gay, they’d go, “Cool, what are we having for dinner?” But back in the early 20th century, if a guy was even just suspected to be into other guys, they’d send a SWAT team after him. Unfortunately, this is exactly the fate that befell Judy Garland’s dad, and the family was forced to relocate due to growing suspicions in the community.

#7- The family got right back on their feet.

As soon as they moved to Lancaster, Judy’s family dusted their pants off and immediately purchased and opened another vaudeville theater.

With all the wholesome movies Garland’s starred in and the cute image she garnered throughout her career, “baby” seems like a fitting nickname for the starlet.

Long before she stole everyone’s hearts as Dorothy, she began acting alongside her sisters in short films.

MGM Studios loved Garland from her first audition and cast her in the most iconic role at an age when most kids would be starting high school.

#11- MGM Studios did not treat her well.

The CEO of MGM called Garland a “fat little pig with pigtails” when she was just a teenager. Obviously, this didn’t help with the young girl’s self-esteem and would ultimately lead to body image issues in the future.

#12- She became addicted to pills because of MGM.

MGM executives encouraged her to take diet pills to control her weight and sleeping pills so she could sleep after working such long days in the studio. Nowadays, it would be illegal to make a kid work as many hours as Garland was forced to. She was already addicted to pills by the time ‘Wizard of Oz’ was wrapped when Garland was just 17.

#13- She was sexually harassed on the set of ‘Wizard of Oz.’

In an interview quote, Garland described Munchkin actors taking peeks under her dress. She talked about it in a playful manner because she was too young to understand that what the Munchkin men were doing was a serious violation.

Granted, the achievement was kind of diminished by the fact that back then, they called any Oscar awarded to a kid a Juvenile Oscar. For a performance as good as hers in ‘The Wizard of Oz,’ she did not need the qualifier.

#15- She appeared in over two dozen MGM films.

#16- The writers on ‘Gilligan’s Island’ were fans.

Garland’s portrayal of Dorothy served as inspiration for the character of Mary Anne on the classic sitcom. It’s hard to ignore the similarities between the two characters.

Reactions from Renee Zellweger and Team on ‘Judy’

#17- She was released from her contract with MGM after 15 years of working with them.

Finally, she was able to work with studios that respected her more than they would a Barbie doll with killer pipes. Unfortunately, her drug problems caused by MGM stayed with her for the rest of her life.

Judy Garland says the line “why didn’t you tell me I was in love with you?” in two movies, ‘For Me and My Gal’ and ‘Easter Parade.’ Is this just a bizarre coincidence or does it hint at a Judy Garland cinematic universe?

#19- She was supposed to star in the movie version of ‘Annie Get Your Gun.’

Unfortunately, she was replaced by Betty Hutton, but there is still surviving footage of Garland as Annie Oakley.

Garland’s career was really picking up steam in the 50s and 60s and during that time, she became known as an icon for the gay community. The people of the community identified with her work and it’s easy to see the metaphor of going “over the rainbow” speaking to LGBTQ+ people.

#21- She had an incredible memory.

According to coworkers, Garland was able to sit through a movie once and have all the dialogue memorized by the end.

Long before Bradley Cooper played the role of gratuitously shirtless Jackson Maine in 2018’s ‘A Star is Born,’ Judy Garland starred alongside James Mason in the original 1954 version of the movie.

#23- She was famous for her concerts.

Garland would host live solo concerts as she got older going back to her roots as a live performer at her parents’ vaudeville theater.

In 1961, Garland won a Grammy for her live recording at Carnegie Hall entitled ‘Judy.’ She was the first woman ever to receive this award.

#25- Two of Garland’s most critically acclaimed performances came long after Dorothy went over the rainbow.

While many think of Garland as a child star, two of her best performances came long after ‘Wizard of Oz.’ ‘A Star is Born’ and ‘Judgement at Nuremberg’ both were filmed when the star was well into adulthood.

In 1964, Garland married Mark Herron in traditional Buddhist fashion. She was married by a monk and the entire ceremony was in Mandarin Chinese.

#27-  She was the youngest actor ever to win the Cecil B. DeMille Award.

She was just 39 when she won the coveted award. The Cecil B. DeMille Award is awarded to someone who has made “outstanding contributions to the world of entertainment.’

Unfortunately, a flame that burns twice as bright only burns half as long. Garland died at the age of 47 from a drug overdose.

#30- The weather paid tribute to her.

The day after Garland died, there was a tornado in Kansas. It was probably just a coincidence, but it’s nice to think that sometimes Mother Earth pays tribute to cinematic legends.

#31- The Grammys awarded her posthumously.

She was given a well-deserved Lifetime Achievement Award after death.

#32- The AFI appreciated her contributions to film.

In 1999, the American Film Institute named her among the ten greatest female actors from classic cinema.