“Hellooooo, Traveller!” Everything We Know About the Star-Studded ‘Borderlands’ Movie | Video Game Adaptation 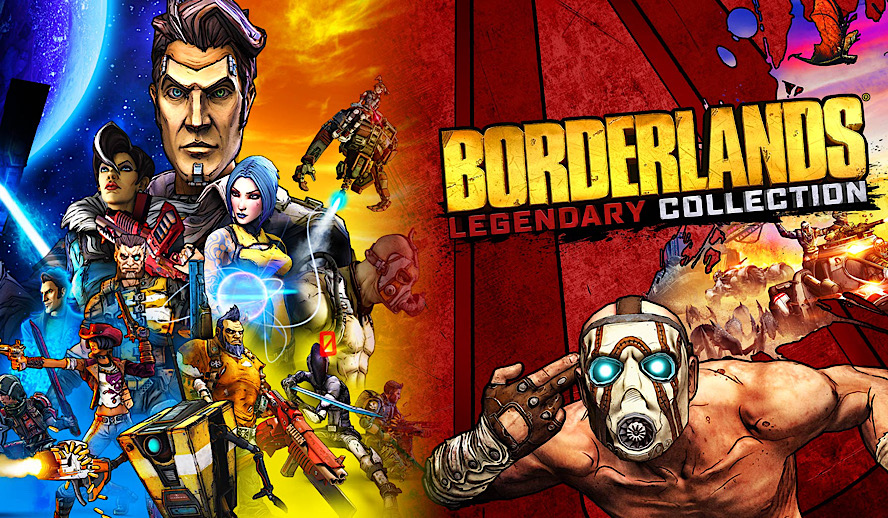 When the first ‘Borderlands’ came out in 2009, gamers were wowed by its cel-shaded comic book-esque graphics, outlandish humor, and its “Procedural Content Creation System” that could theoretically generate over 3.5 million unique weapons–however, it was ubiquitously criticized for its “paper-thin story.”

That’s what makes it so fascinating not only that a movie adaptation would be announced, but also that its production would be studded with A-list talent–Cate Blanchett, Kevin Hart, Jamie Lee Curtis, and Jack Black have all been brought on, with horror darling Eli Roth at the helm.

Related article: Will There Ever Be a Good Video Game Movie Adaptation?

We all know the reputation that video game movie adaptations have, and the response to recent revelations about the upcoming ‘Borderlands’ movie reflects this, varying from cautious optimism to outright skepticism–nevertheless, the cast, crew, and source material have huge potential, and it’s worth taking a closer look. So here we go.

A Quick Recap of ‘Borderlands’

As iterated above, the story was never ‘Borderlands’ primary focus or strong point–at least, not in the cinematic sense. Video games tend to accomplish this with cutscenes, which ‘Borderlands’ foregoes in favor of environmental storytelling–that means, while the narrative isn’t particularly complex, the world and characters come to life.

‘Borderlands’ takes place in the year 2864 on a planet at the edge of the galaxy–Pandora. Unlike James Cameron’s vision of a lush jungle (though both of their natural resources are exploited by corporations), ‘Borderlands’ Pandora is a veritable wasteland filled with desperate outlaws whose primary concern is survival–the only glimpse of hope is the Vault, a legendary treasure whose original discoverers were mysteriously wiped out. All that exists to prove its existence is a scattered radio transmission that describes the treasure, but not its location. Those who seek this treasure are known as Vault Hunters.

Its treasure hunt premise is simple but effective–we’ve seen it before in works like ‘It’s a Mad, Mad, Mad, Mad World’, ‘One Piece’, and even ‘Treasure of the Sierra Madre’ or ‘Indiana Jones’. The title ‘Borderlands’ brings to mind the Australian Outback, the birthplace of the ‘Mad Max’ series–the barren, anything-goes wasteland filled with psychotic criminals only strengthens the comparison (as does the game’s inclusion of a character named Mad Moxxi).

The A-List Cast and Their Roles

Cate Blanchett was the first major star to join ‘Borderlands’ and is set to play Lilith, known colloquially within the universe as a Siren–that is, a woman possessing magical abilities. One of the series’ mainstays and most pivotal characters, she has the power to Phasewalk, becoming invisible and invulnerable.

Casting picked up steam in 2021, starting with the addition of Kevin Hart as Roland, the thick-necked weapons expert originally known as the Soldier. It’s an interesting choice, considering Hart’s trademark diminutive stature, but his comedic background fits right into ‘Borderlands’ black comedy overtones.

Jamie Lee Curtis is set to play Patricia Tannis, an autistic archaeologist who’s been traumatized by Pandora’s inhospitable environment and the deaths of most of her colleagues. She’s been known to cope with loneliness by projecting personalities onto inanimate objects à la ‘Cast Away’ (“Wilson!”).

At the helm is Eli Roth, who’s previously worked with Blanchett and Black in ‘The House with a Clock in Its Walls’–debuting first at the box office, it marked the best opening of Roth’s career (as well the first of his films not to earn an R-rating).

For some, the choice for him to direct is controversial–after all, his passion and purview have always been firmly in the realm of horror, from his 2002 debut feature ‘Cabin Fever’ all the way to his ongoing AMC docuseries ‘Eli Roth’s History of Horror’.

However, Roth’s grindhouse sensibilities seem perfectly in line with that of ‘Borderlands’, which is known for its combination of bombastic violence and cynical, juvenile humor. With a malleable story that’s open to interpretation, it’ll be interesting to see where Roth takes the film.

At the end of the day, ‘Borderlands’ has yet to begin production, meaning it’s far too early to make any confident claims about how it’ll turn out. At a time when video game movies are seemingly turning a new leaf with hits like ‘Sonic the Hedgehog’ (whose sequel has recently been announced) and ‘Pokémon Detective Pikachu’, ‘Borderlands’ is in league with the upcoming ‘Uncharted’ movie as an adaptation with serious potential and star power to back it up.

However, history has shown that star power alone isn’t enough–take ‘The Angry Birds Movie’, an epic comedy filled with SNL alumni, and ‘Prince of Persia: Sands of Time’, which featured Jake Gyllenhaal, Ben Kingsley, and Alfred Molina. There’s also the infamous Uwe Boll, whose fascinating B-movie bombs were made all the more perplexing due to his inexplicable ability to nab big-name talent.

Nevertheless, there’s plenty of reasons to be excited about ‘Borderlands’, be it the fun, unique setting, the A-list talent, or its idiosyncratic director. There’s no release date set as of yet, but I’ll be looking forward to further developments, as well as hopefully being able to nonchalantly see it in theaters after the COVID pandemic has died down.

Related article: ‘The Last of Us Part 2’: One of The Best Video Games with LGBTQ+ Characters

Eli Roth’s AMC docuseries ‘Eli Roth’s History of Horror’ has recently been renewed for a third season and is available to watch on AMC+–CLICK HERE TO WATCH.

Cate Blanchett will appear in Adam Mckay’s upcoming Netflix movie ‘Don’t Look Up’, which tells the story of two low-level astronomers who try to warn humanity that an approaching comet will destroy Earth, set to premiere later this year–CLICK HERE TO WATCH. She will also appear in Guillermo del Toro’s upcoming psychological thriller ‘Nightmare Alley’ alongside Bradley Cooper, set for release on December 3, 2021.

Kevin Hart will appear in ‘Fatherhood’, which he also produced. Based on the 2011 memoir ‘Two Kisses for Maddy: A Memoir of Loss and Love’, ‘Fatherhood’ will premiere on April 16, 2021.

Jack Black will appear in Richard Linklater’s ‘Apollo 10½: A Space Age Story’, an earthbound adventure set against the backdrop of the 1969 Apollo mission to the moon, to be released on Netflix–CLICK HERE TO WATCH.