A Tribute to Stephen King: The Genius Writer Synonymous with Hollywood Classics 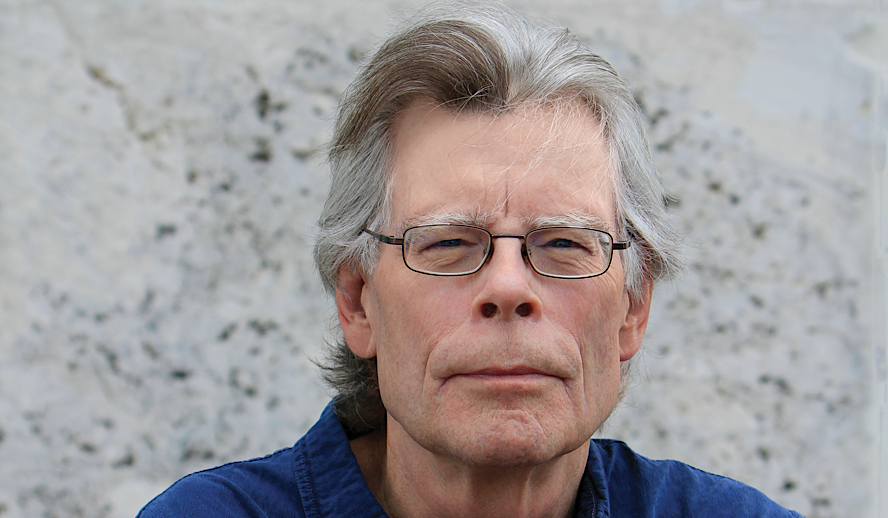 Stephen King is the author of over 60 novels, more than 30 of which were #1 bestsellers. His childhood was spent in Fort Wayne, Indiana, and Stratford, Connecticut, before his mother brought the family up to Durham, Maine. In his book On Writing, King discusses his early love for penning stories and his subsequent deluge of rejection letters from publishing houses. As a symbol of King’s refusal to let failure get him down, he amassed them together on a nail (that later became a railroad spike when the pile got too big.) His first successes came in the form of several short stories that were published in various men’s magazines, but the big breakthrough that allowed him to write full time was the sale of Carrie. This was the start of a long, prolific, and ongoing career. In 2006, a BBC article stated King had sold over 350 million copies of his books. Since then, he has written 16 additional novels, so that number is likely to be substantially higher.

King’s contribution to literature is nothing short of prolific, and his contribution to film is just as substantial. He has written around twenty teleplays or screenplays to movies or shows based on his work, as well as an episode of The X-Files, and is credited with over 300 films and television episodes. While King’s name to many is synonymous with only horror, that assumption does not do him justice. His work cannot be categorized that simply. For those who haven’t read his novels, films based on his works include The Shawshank Redemption starring Tim Robbins and Morgan Freeman, The Green Mile starring Tom Hanks, and Stand By Me starring River Phoenix, clearly showcasing the vast canvas of King’s ability as a writer.

Stephen King on the Screen

With King’s extensive catalog of works and his ability to consistently write and release new material, there seems to be a never-ending pool of content from which to pull for the medium of television and film. It is staggering that, besides 1981 and 1988, there has been at least one film or television show based on King’s work released  every year since 1979. Many of the adaptations of his stories have won or been nominated for Oscars and Primetime Emmys, such as The Shining (TV miniseries), Castle Rock, 11.22.63, Misery, and Carrie (1976) There are also over 20 titles in the process of being made or set to be released in the coming years based on King’s works.

In recent years, movies like It, 1922, Pet Sematary, and Doctor Sleep, as well as television series like Mr. Mercedes and The Outsider are responsible for revamping the interest in King’s stories on the screen. There are many adaptations of his work, but the commercial success of these recent shows and movies are vital to the resurgence of King’s works in TV and film. A Thrillist article about why It broke so many records at the box office helps explain the success of the film upon its release, having the best opening for a rated-R horror film ever and the second-highest opening ever for a rated-R movie.

One of the most famous Stephen King adaptations is Stanley Kubrick’s The Shining. It has been noted that King was not a fan of the movie, with this sentiment even being highlighted as a major plot element in Steven Spielberg’s Ready Player One. People who have read the book will know that the movie is vastly different from the novel. One piece that is entirely missing from the film, for example, is the hedge animals. In an American Cinema Papers’ article, the author Harlan Kennedy explains how Kubrick couldn’t get a satisfactory special effects equivalent of the hedge animals from the book, so he was forced to go in a different direction. This was one of several differences between the film and the source material, but it touches on a significant point that has affected the adaptations of King’s works for so long. The mystical elements of King’s works and the extravagant reach of his imagination often pose problems when translating his books to the big screen.

Modern technology in filmmaking has bridged this gap, however, and we are now able to realistically portray some of the dazzling depictions from King’s books. Some of the best adaptations in the past, like Stand By Me, The Shawshank Redemption, and The Green Mile, were so successful because they required little demanding special effects. While moviemaking has evolved in so many ways, the difference between the TV miniseries adaptation of It in 1990 and the movie adaptation in 2017 is profound in the special effects department. The ability to embody the special effects required by some of King’s works satisfactorily in recent years has opened the doors to the vast catalog of King material that has previously been hampered by the technology of the past.

Another aspect of tackling Stephen King’s novels is fitting everything from his books into a story for the screen. Recently, the rise in television quality has enabled some of King’s lengthier works to find a home on the screen. A Screenrant article discusses why King’s books are better suited for television than film. One of the most salient reasons is that many of his books total over 500 pages. The sheer size of some of his novels makes it challenging to effectively capture everything encompassed within the work. King’s characters and world-building are rooted in the time he takes to explore both. Unfortunately, many adaptations of his novels had to cut one or both to squeeze the story into a 2-hour runtime – television is a more compelling medium as it provides the time to explore his works in the depth that they genuinely require.

In 2014, King received the National Medal of Arts Medal from President Obama. The National Medal of Arts was instituted in 1984 and allowed the US President the opportunity to award “individuals or groups who in the President’s judgment are deserving of special recognition because of their outstanding contributions to the excellence, growth, support, and availability of the arts in the United States.”

Stephen King has been writing and entertaining readers and audiences with his stories for almost 50 years. His works are widely read, and the movies and television adapted from his stories are repeatedly  brought to life. There are many reasons why this is the case, but King is a master of storytelling to put it simply. His birthday is on September 21st, and he will be 73 years old this year. King has done more than enough for literature, film, and television in his lifetime, but his readers are grateful that he still picks up his faithful pen and shares his absorbing stories with the world. We hope that he will continue sharing his brilliance for years to come. Happy birthday, Mr. King.