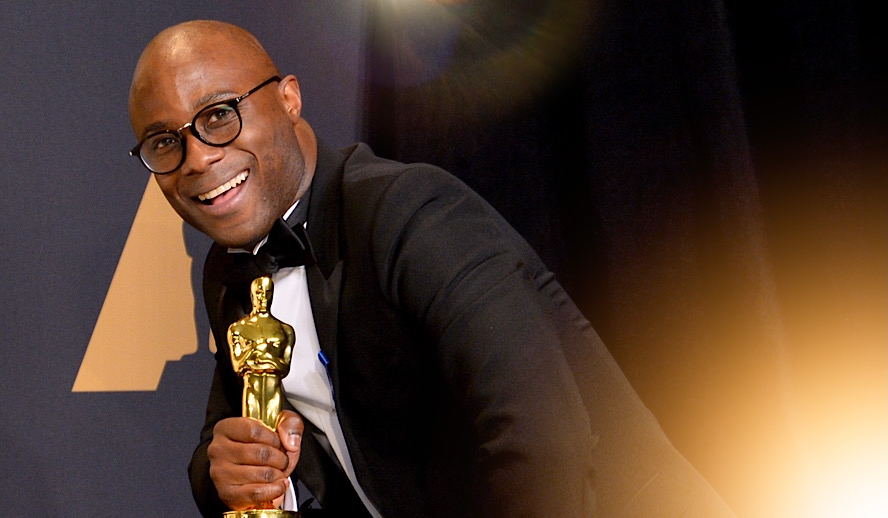 Photo/Video: Barry Jenkins with his Oscar for ‘Moonlight’ at the 89th Annual Academy Awards/Jaguar PS

Although Barry Jenkins has been in the entertainment industry for over a decade, he shot to fame in 2016 after the release of ‘Moonlight’, which he directed as well as co-wrote with Tarell Alvin McCraney. ‘Moonlight’ tells the story of Chiron, an African-American coming to terms with his identity and sexuality. Starting in the 1980s, this incredible coming-of-age story won awards for Best Motion Picture of the Year at the Academy Awards, Best Motion Picture – Drama at the Golden Globes, and many more. Ever since then, Jenkins has sky-rocketed to the forefront of innovative and diverse storytelling and serves as a role model for many other directors.

Related article: Where Are All the LGBTQ+ Talent? Movies/TV Starring and Directed By LGBTQ Talent?

Even before Jenkins became widely known for ‘Moonlight’, he was a storyteller dedicated to telling stories that spoke to him and his experience as a racial minority in the United States. For example, the short that garnered him a lot of attention was ‘My Josephine’ (2003), a short film about Aadid (Basel Hamdan), an Arabic-speaking man who is living in America post 9/11. This student film helped put Jenkins on the map of many film festivals, eventually leading to his first independent feature film, ‘Medicine for Melancholy’ (2008).

‘Medicine for Melancholy’, a film starring Wyatt Cenac and Tracey Heggins, tells the story of a young Black couple living in a city that’s being rapidly gentrified. A deeply intimate and captivating story, ‘Medicine for Melancholy’ perfectly encapsulates Jenkins’ potential and growing vision. The visual craftsmanship Jenkins is known for is displayed throughout this film and pairs well with the score composed by the Mondo Boys. The earnestness to properly tell the Black experience shown in this film is something only a Black director could have summoned. Jenkins’ work reads as if it was made by someone with decades more experience, not someone’s first feature. In fact, his authenticity and attention to detail help Jenkins bring these Black stories to life and allows audiences to better understand their circumstances.

Although this film was made over 12 years ago, Jenkins has stayed true to his modus operandi. He creates films centered around “simple” stories and elevates them to another level. The entirety of Jenkins’ filmography includes movies that center around normal people and their unique circumstances. By telling the stories of minorities, Jenkins is helping bring more and more diversity to Hollywood. Recently, Jenkins has been focusing on telling stories unique to his own perspective as a Black man in America, with roaring success.

Zeroing In On Authentic Black Stories

Since the success of ‘Moonlight’, Jenkins has created two more works of art that center around Black people, ‘If Beale Street Could Talk’ and ‘Charm City Kings’. ‘If Beale Street Could Talk’ was released in 2018 and nominated for a Golden Globe and an Academy Award. It may not have won, but it cemented Jenkins’ place as a brilliant director and writer. The latter point was reinforced with Jenkins’ story for ‘Charm City Kings’ which was later adapted into a screenplay by Sherman Payne.

The upcoming limited series ‘The Underground Railroad’ was directed, produced, and co-written by Jenkins. The trailer is available to watch here. It can be argued that anything Jenkins touches turns to gold, partly because of the authenticity in his pieces.

Take ‘The Underground Railroad’ series, for example, a show based on the network of secret houses and routes that was used to transport slaves to free states. Oftentimes, many films about minority stories are given to white directors which translates into some type of disconnection. No matter how good the director may be, there is nothing like someone of color directing a work of art about their race. Because of that, it’s extremely important to have people like Barry Jenkins in the industry today.

Born in Miami, Florida, Jenkins grew up in the United States. To put it into context, he was born less than two decades after the Civil Rights of 1964 that ended public segregation. There is no one that can tell a story of a Black American better than a Black American, just like no one can tell a Latino story better than a Latino, etcetera. This is why it’s so important to have representation in Hollywood today, having filmmakers who tell stories unique to them and their experiences only serves to elevate movies.

The Style of Barry Jenkins

While Jenkins’ films all center around minorities, he plays with visuals and motifs in each film. In ‘Moonlight’, Jenkins repeatedly uses blue lighting to symbolize moonlight at different stages of Chiron’s life. Also, the use of water appears in the most pivotal moments of Chiron’s life. Chiron first learns to swim with the help of Juan (Mahershala Ali), in a bright, blue scene.

In this scene, Jenkins’ main motif pops out, how he utilizes the camera and makes it seem like we’re floating. It reinforces the idea of how we’re voyeurs intruding on people’s lives in intimate moments like this. While Chiron is held up by Juan, we, the camera, are bobbing up and down in the waves. Waves hit the camera and then recede, over and over as we watch Chiron learn such a vital skill. In another scene, water appears again when Chiron has his first sexual experience with his friend Kevin (Jharrel Jerome). Again, the camera floats through the scene and this style makes it seem like an out-of-body experience.

While Jenkins doesn’t utilize the motif of water in every one of his films, he consistently uses a unique camera style. The use of a “floating” camera keeps the viewer absorbed in the story. It keeps us curious and wanting more. At times, it even makes us feel like we’re right next to the main character and learning to swim along with Chiron as the waves crash onto our bodies.

Barry Jenkins continuously creates films that fully grab the audience’s attention and bring the Black American experience to life. It enables us to see life through another’s eyes and makes us face the painful reality of being Black. These minority experiences, being Black during the Underground Railroad, being Arab in the aftermath of 9/11, are specific events that many of us will never fully understand. However, Jenkins’ skilled craftsmanship and authenticity allow us to step into their shoes, even if only for ten minutes, and see life through their eyes. There will never be another director or screenwriter like Barry Jenkins, which is why he is such a revolutionary filmmaker today.