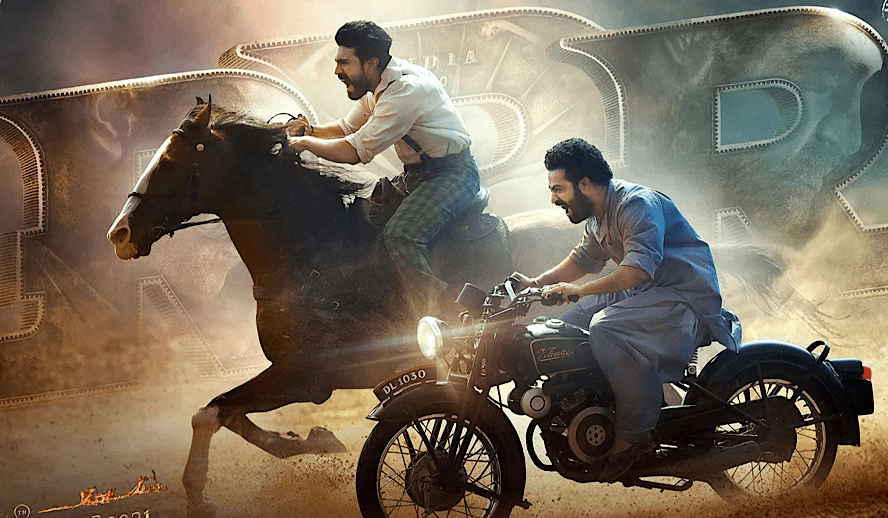 The epicenter of the film industry has been Hollywood for the majority of history. The industry has grown and waned, eras have come and passed, but the love of Cinema has always been constant. Rightly scrutinized for the types of stories being told and who they are told by is an issue that is slowly being dealt with. Although work is still to be done promoting a more diverse network of film, it is important to shed light on the growing tolerance of international content.

International films have not always been an easy digest for the public to handle. European movies are often thought of as slow, Bollywood is somehow too big, and the rest of the world just doesn’t seem to matter. Those narratives are beginning to change as streaming services highlight content from international markets and awards accoladed to deserving pieces outside  the U.S. are being recognized. Things to do:

Vibrant film communities have been around and growing in the United States making international content a more viable option. The Korean industry has produced Netflix shows and Academy Award-winning films just like any mainstream studio would be doing. Japanese anime has broken barriers with audiences creating just as much of a following as anywhere else in the world. On top of it all, Cinema from around the world has begun to be shown to more audiences creating a more hospitable environment for world Cinema.

Revenue streams are part of the ebb and flow of making movies.  Before digital downloads and streaming, studios always were able to count on the sales of the DVD release after the theatrical release. On account of this, studios now miss out on an added revenue that helps fund the next project. The industry has leaned towards international markets as revenue streams become increasingly limited.

What this means is that films harder to market sometimes do not get picked up because they cannot guarantee a return of profit. To ensure ticket sales do not decrease the option to distribute in international pools becomes intriguing. Universal themes are used in order to ensure success around the world. For instance, the Marvel franchise is a great example as it deals with concepts of good vs. evil and superhumans; concepts that are easy to grasp. What does return profit are films with universality to audiences across the world? If someone can understand the content in Los Angeles as well as they can in Manila, that is a good sign.

Furthering this wave of international cinema is the recognition from the Hollywood Foreign Press and other awards. Foreign Language films for the first time have broken into main categories. Bong Joon Ho’s ‘Parasite’ swept Best Motion Picture, Director, and Original Screenplay at the 2021 ceremony. Other International Feature films have been making it to the Best Motion Picture like the Norwegian film ‘The Worst Person in the World’ and the Japanese film ‘Drive My Car.’

Producers have sought more diverse and not-so-insular filmmakers. Taika Waititi emerged through his native New Zealand work, to add his sensibilities to larger franchises. Ang Lee has made wonderful blends of films such as ‘Crouching Tiger, Hidden Dragon’ based on classic Kung Fu cinema to blockbusters films like ‘Hulk.’ These different filmmakers give unique takes on things we think we have already seen.

The biggest advocate the international market has are streaming services; luckily, there is now a service for any preference that you have. Cinema lovers can watch curated content of obscure films while the casual viewer is able to sit down and catch up on trending shows. With the large number of subscriptions they receive, domestically and internationally, they have the capability to shape the content we see. The larger audience that a film or tv series is able to reach the more profit it will gain. Netflix’s ‘Squid Game’ was a Korean production that only cost $21 million to produce, and it has reached nearly one billion in profit from it.

Larger streaming services have appeal worldwide not just to domestic viewers. Netflix is available in most countries around the world, India, and Australia even edging towards the United States. The recent Indian film ‘RRR’ has shown that the content created for one segment of their target audience will actually satisfy the needs of others as well. Audiences have seen it all by now, something new is what they are craving.

Other auteur filmmakers have been partnering with the likes of Netflix and HBO to give their work a platform. The revolution of film coming from Mexico has sent unexpected shock waves to audiences. Directors Alfonso Cuarón and Guillermo del Toro have released many of their recent works onto Netflix, including award-winning ‘Roma’ and ‘Pinocchio.’

International cinema provides a context behind culture and gives a plethora of knowledge to those that are open. Cinema reflects the people around us, displaying our societies’ political, social, historical, and cultural characteristics. The way of life is a new perspective and way of thinking that exposes us to different ideas. The different mindsets allow us to escape into a different reality than the ones we are familiar with.

The most important discovery that can come of this is the extension of empathy and compassion levels it brings us. The capability to relate to another person and ourselves in other shoes provide different insights into situations and people.

As an educational tool, cinema guides us through history in the most prolific and horrific senses. No war film is ever a pro-war film. The essence of what is filmed is the damages that have cost ruin. Eye-opening visuals from films like ‘Comes and See’ and ‘Goodbye Children’ puts the context of war and humanity into something a history book is too innocuous to acquaint yourself with.

Classics like the ‘Grapes of Wrath’ are not as grim but put the destitution of the Dust Bowl into fruition with a hardworking man like Henry Fonda, demonstrating the way these people are from the contexts of their history.

U.S. Audiences Getting Used to Different Narratives and Structures of International Movies

The first thing they tell you when you go to get a degree in screenwriting is that the audience is smart. You do not need to spell everything out for them because they often can figure it out before the movie is even over. The studio structure is often a linear three acts with some twists and turns along the way to keep you interested.

The structure of Cinema does not always appear in front of us. Christopher Nolan has been blowing minds for a while, always keeping the audience guessing. Different story constructs like anime are popular and are often a completely different way of telling stories – since they come from mangas. Nevertheless, animes are a glimpse into how another culture thinks.

Other cultures are used to a slower pace of movies. One thing does not always happen after the other. Quentin Tarantino’s ‘Pulp Fiction’ was revolutionary when it came out and was not a traditional narrative. Nevertheless, his inspiration for that movie largely came from international influence. These narratives and ways of telling stories always find a way back.