Are You Even Real? Documentarian Rodney Ascher Probes Simulation Theory in ‘A Glitch in the Matrix’ 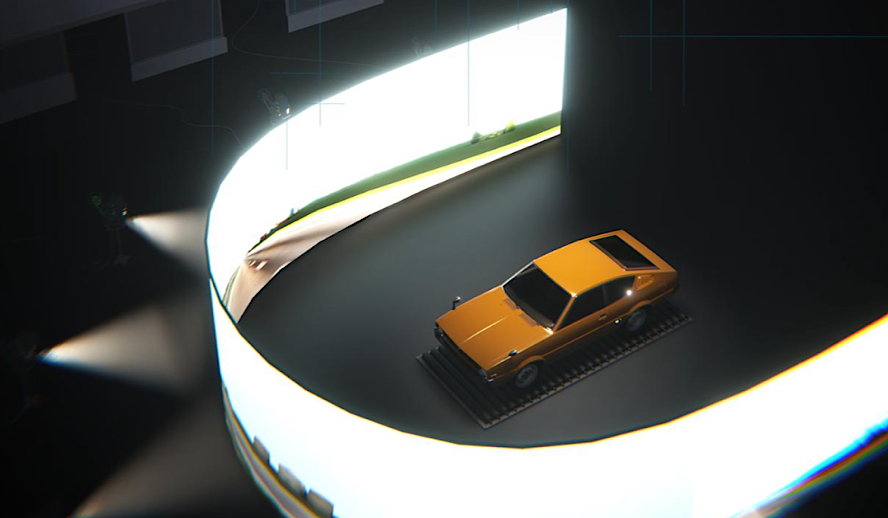 Photo: ‘A Glitch in the Matrix’/Magnolia

This Reality is Broken. Want Another?

Let’s face it, the past year was not a great one for our reality. The complete breakdown of society as a result of the COVID-19 pandemic compromised all normalities we had taken for granted- going to work, eating inside a restaurant, even buying toilet paper became a trying test of human will. Of course, we soon started to make alterations to ordinary life in valiant attempts to cope with the new normal of quarantine living.

New standards of the pandemic age, such as the reliance on virtual tools like Zoom, have effectively transformed what we understand reality to be and have perhaps changed the way our society will function for the long-term future. Additionally, many turned to ways to flee this reality in search of better ones when the neverending monotony of the stay-at-home decree sunk in. Nintendo and Sony have reported massive surges in purchases of their gaming consoles since lockdown, and games like ‘Animal Crossing’ that promise a fresh simulation of reality much less bland than our actual one have thrived.

‘A Glitch in the Matrix’

While the recent onset of the coronavirus has sparked a greater yearning for an alternate reality, the simulation theory has been in the works garnering traction for decades. Acclaimed ‘Room 237’ director, Rodney Ascher’s, latest documentary, ‘A Glitch in the Matrix,’ explores the controversial and revolutionary hypothesis that reality as we know it is nothing more than a simulation similar to that of a hyper-realistic video game. The film sets up the major frameworks that have allowed for simulation theory’s vast popularity, tracing back to the late 1970s when the concept of a world within a world was wholly laughable. ‘A Glitch in the Matrix’ utilizes a lecture delivered by a prolific science fiction author, Philip K. Dick, whose novels have inspired monumental films and television series such as ‘Blade Runner’, ‘Minority Report’, and Amazon Prime’s ‘The Man in the High Castle.’

In this 1977 lecture, Dick relays his experience of uncovering latent memories of a different reality and details his firm belief that all is not as it appears. Although this declaration failed to convince the general public of simulation theory’s merit, the blockbuster success of the 1999 film, ‘The Matrix’, was effective in conveying the appeal of the alternate reality theory to innumerable masses across the globe. ‘The Matrix’ effectively turned simulation theory into an edgy, action-packed joyride anyone could enjoy for its surface-level entertainment spectacle while also providing key insights to the notion of an alternate reality for those inquisitive enough to engage. Thanks to ‘The Matrix,’ simulation theory had been adequately legitimized by the dawn of the 21st century, and today there are even prominent members of the technological world, like Elon Musk, whose support of the theory have inspired a new wave that appears to be intellectually founded.

The Theory of a Simulated Reality

Once the film has settled the background of the simulation theory it jumps full throttle into the real meat of the documentary- the theory itself! Ascher compiled an impressive catalogue of testimonials from the likes of scientists, philosophers, and ordinary fervent believers of simulation theory to help audiences understand what is being theorized as well as what actual merit there is to these bold claims that threaten our very existence. The anecdotes of common people who attest to the simulation theory are perhaps most striking.

First off, they all choose to present themselves as 3-dimensional avatars that appear to be ripped right out of a science fiction video game and while this is a stunning, captivating visual element for the film, it also conveys the detachment from our “real” reality the believers experience. Secondly, their stories of reaching personal awakenings, whether in a sensory deprivation tank or a church, are mesmerizing and hard to ignore well after ‘A Glitch in the Matrix’ concludes. From special education teachers to former pastors, each testimonial offered shares the same understanding, the world we know is not natural but made up of pixels and controlled by some ubiquitous force or society.

‘A Glitch’ also benefits from the aforementioned CEO of SpaceX, Elon Musk, who has been recorded explaining what he believes is evidence of the likeliness of the simulation theory. As Musk explains it, he believes that the impressive incrementally increasing quality of video games indicates that technology will inevitably catch up to a simulation of reality. Ascher also interviews Swedish philosopher, Nick Bostrom, who simplifies the realistic possibility of our reality being a simulated one. Bostrom reasons that there are only 3 possibilities for the way in which our society will progress alongside technology: we go extinct before forming a mature relationship with advanced technology, we achieve a mature relationship with advanced technology but loses interest in simulation exploration, or, finally, we gain a mature relationship with advanced technology and do decide to engage in simulation exploration. If the third branch of possibility is to be believed, Bostrom indicates it is highly likely we are already in a simulation.

The Religion of the Simulation

In addition to expertly providing framing for the simulation theory’s movement and the evidence that has amassed its impassioned support, Ascher’s ‘A Glitch in the Matrix’ is most effective in conveying how close this philosophy is to a religion. Philip K. Dick’s 1977 lecture, full of divine dreams and prescient depictions of the future, effectively frames Dick as a prophet delivering the news of the “beyond.” Dick himself utilizes the Bible’s imagery of Jesus ascending to the heavens as a reference to a being knowing of the existence of something beyond the world we know. One audacious believer of the simulation theory even goes as far as positioning Elon Musk as a  Christ-like figure who he hypothesizes may be a “player” knowingly engaging with this world’s simulation, living in both this reality and the “real” reality beyond it. Ascher also draws parallels to the Hindu religion which alludes to the notion of worlds within worlds, likening to the supposed simulated world within a real one.

‘A Glitch in the Matrix’ also holds an anecdote from artist Chris Ware who compares playing the modern video game phenomenon, ‘Minecraft,’ to experiencing death. Ware described how the lifelessness of his human body as he and his daughter flew around and explored a new pixelated world evoked his assumptions of what death must feel like. Ware then goes on to speculate that by the time he’s 85, his daughter will be able to upload him onto a harddrive where he will be available to interact within a new reality for eternity. This fuse of spirit and technology is what convinces so many that a simulated reality is not entirely implausible.

Finally, a parable from the great Athenian philosopher, Plato, is called upon to describe the ambiguous religious experience of seeing beyond what is. In this parable, a group of friends sit chained together in a cave watching shadows on the wall content to call that their reality. When one of the friends desires to understand more and leaves the cave, he is temporarily blinded by the light of the sun. Once he returns to the cave, he can no longer bear to see as the facade of the shadows on the wall has been dismantled.

Despite attaining the knowledge that the shadows on the wall are not a true reflection of reality, the other friends remain content with their lives in the cave, contrasting the spirit of the believers of the simulation theory and their refusal to praise shadows on the wall when they can see the sun. Ascher finds great value in this parable as the credits for ‘A Glitch in the Matrix’ roll over a cave wall and crackling fire, perhaps indicating that once his film is viewed, the audience has seen a symbolic sun and is now awakened to the hypothetical reality of the simulation theory. Even if ‘A Glitch in the Matrix’ does not convince you that we’re living in a simulation, the personal stories, philosophy, and sheer potential of technology will undoubtedly change the way you perceive reality- even if it’s fake.