Does Reality TV Perpetuate Unfair Stereotypes & Messaging That Harm Society? ‘The Bachelor’? ‘Jersey Shore’? ‘Keeping Up With The Kardashians’? 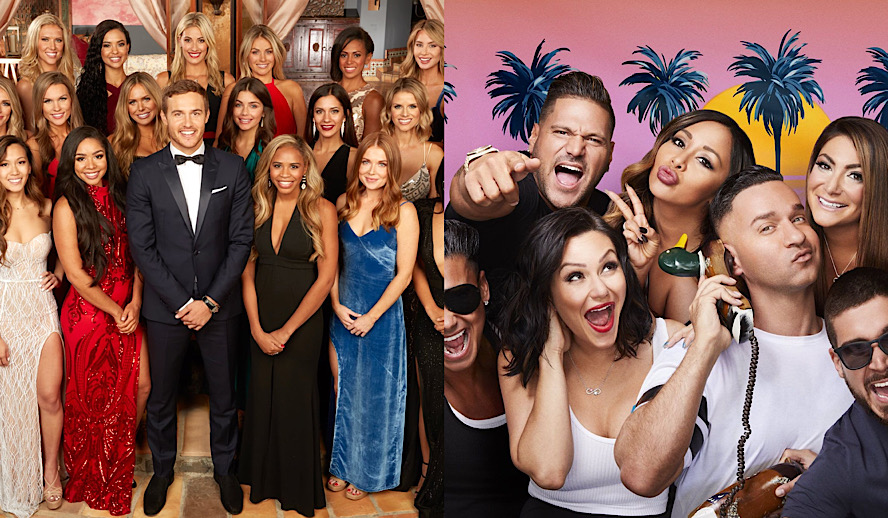 The early 2000’s is credited for ushering in the dawn of a new era: reality tv. Big Brother and Survivor captivated viewers across the country. The concept of ordinary people being filmed 24/7 or competing in painstaking challenges was a new concept for viewers to soak in. The most enthralling stories revolve around conflict; an element that reality tv doesn’t fall short on. Primarily purposed for entertainment, it may be difficult for viewers to determine the authenticity of what they are watching… is it actually “reality”? Reality tv or not, in order to retain viewership it must pivot on conflict or balance on the backs of controversial and interesting characters. This can become problematic when the program perpetuates cultural stereotypes that are less than ideal, and wildly inaccurate. Since we have established that media has a heavy influence on the way individuals perceive the world, many reality shows could actually be detrimental to their stars’ cultures.

A Plethora of Falsehoods

If reality tv was a true representation of reality, The Bachelor likely wouldn’t have faced a lawsuit in 2012 for “the deliberate exclusion of people of color from the roles of The Bachelor and The Bachelorette which underscores the significant barriers that people of color continue to face in media and the broader marketplace.” It’s unfortunate that a judge threw the case out of court without a ruling, citing the protection of The First Amendment. A lack of inclusion is an unfortunate yet not surprising element, but the dangerous stereotypes are even more worrisome. Take The Apprentice for example. Omarosa Manigault, the stoic, headstrong contestant appeared on the show with Donald Trump prior to her serving as a political aide for his administration, of which she has now resigned. Known as Omarosa, she was portrayed as the archetypal angry, mad black woman. When she first appeared on the show in 2004, she was dubbed “the woman America loves to hate.” She personally disagreed with the villainous way she was portrayed on the show, instead arguing that people were intimidated with her as a formidable competitor. Circling back to the need for controversy to keep a program thriving in viewers, Omarosa was strategically illustrated as an acrimonious competitor who would yell and argue if she didn’t get her way. She felt the show was setting her up, and for argument’s sake, it appears they did just that. Promoting the angry black woman stereotype is not only unfair, but dangerous for the culture. It’s hard to shake a stereotype, as many people adopt a sheep mentality when it comes to believing what they are spoon-fed from mainstream media. If reality tv tells us black women are argumentative, and then we happen to run in to a black woman arguing about something, that stereotype is wrongly justified in our head.

Jersey Shore is another controversial trip through a popular stereotype perpetuated in a negative light. December 2009 began a six-season run of the Italian American house party. Seaside Heights, New Jersey became a must-see destination, as the eight housemates who starred on the show occupied a summer residence in the seaside village. The terms Guido and Guidette became synonymous with Italians, many of which took offense to the term as it is often meant in a derogatory manner. The show quickly became a pop culture phenomenon, UNICO, the largest Italian American service organization in the United States, referred to the show as a “direct, deliberate, and disgraceful attack on Italian Americans.” The fighting, partying, and overt sexual behavior of the housemates left a bitter taste in critic’s mouths. Despite the backlash, the show continued with business as usual and viewers continued to climb. Chris Christie, the Governor of New Jersey at the time, claimed the show was “bad for New Jersey” because it not only portrayed the Italian culture in a negative light, but made the state look bad as well. With viewership at an all-time high, it’s hard to justify that the show made people think poorly of Italians, but the partying, combative behavior of the stars didn’t do the stereotype any favors.

Related Article: Tinseltown’s Obsession with Vanity and Perfection on the Red Carpet: How Do We Combat the Disproportionate Value Placed On Outer Beauty

Call To Action: Think Critically, Form Your Own Opinion

Everyone has an opinion, whether it is influenced strictly by personal experience, suggestions of your surroundings, or based on information you draw from the media, it is important to realize you can articulate your gut instinct. Research information if you are unsure of it, and don’t solely take the spoon full of suggestion from the television set. Not all Italian Americans are party animals who fist bump and prioritize a daily GTL agenda, not all black women are angry, and not all single males and females looking for love are beautiful, skinny Caucasians with paper white teeth and eyelashes that have enough volume to part the sea with each blink. Are individuals born with a solid opinion of how they view the world? Are we influenced by suggestions of the media? That’s a topic for another day. Perhaps it’s time to realize that at the end of the day, we are all HUMAN, we all bleed, and we all want the same thing in life, to be HAPPY and satisfied. Cultivating positive energy that transcends cultures has the power to ignite world peace if we try hard enough. Plant the seed and water it. Reality TV, can you try to perpetuate unity, compassion and kindness? Will ‘Keeping Up WIth The Kardashians’ ever keep up with morality rather than constant drama?