Revisiting the Generational Divide of ‘While We’re Young’ 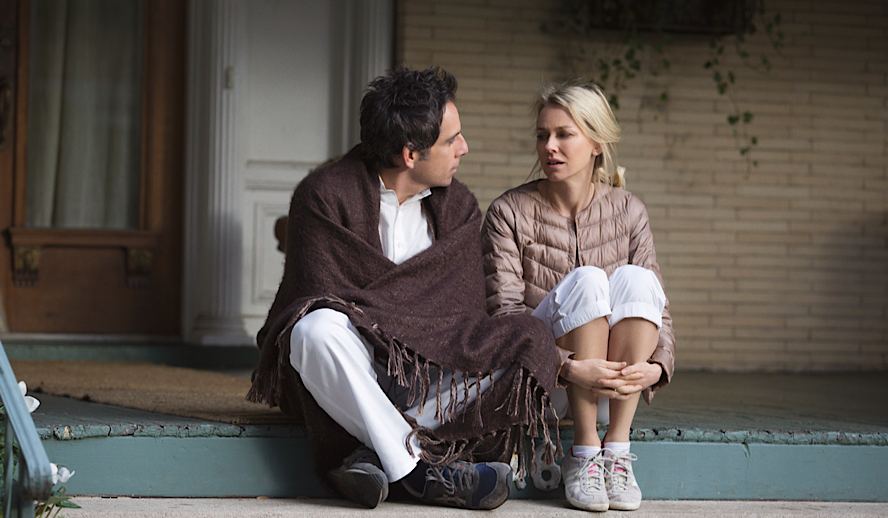 “He’s not evil, he’s just young” is arguably the thesis statement of Noah Baumbach’s 2014 film ‘While We’re Young’. The film, produced by the popular A24, is a seriocomedy that follows a Gen X couple befriending a hip millennial couple. While the film hilariously pokes fun at the differences of being in your thirties versus your twenties, it also offers a deep dive look at the generational differences that affect everyone, whether you like it or not. From wanting to be like the younger “cool kids” to finding the younger generation insufferable, the film tackles each feeling that comes with the generational divide.

‘While We’re Young’ – Wanting to Act Like the Cool Kids

‘While We’re Young’ focuses on the Gen X couple, Josh (Ben Stiller) and Cornelia (Naomi Watts), who are perfectly cast. Ben Stiller and Naomi Watts, both being Gen X stars who were once seen as the “cool kids” of Hollywood, are perfectly cast as former “cool kids” who have now grown out of their spontaneity and lust for life. Josh and Cornelia soon befriend a hip and younger couple in their twenties, Jamie (Adam Driver) and Darby (Amanda Seyfried). Like Stiller and Watts, Driver and Seyfried are also perfectly cast since they have since become the “cool kids” of Hollywood, representing the new ideas of being “hip”.

Throughout the film, Josh and Cornelia become fascinated with Jamie and Darby and it’s hard not to be. Jamie and Darby are hip New Yorkers who film short documentaries, make ice cream, and have an extensive record collection. Josh and Cornelia hang out with the young couple because, as they say, they make them feel energized. While the two won’t admit it, hanging out with the younger couple makes them feel young again. This is especially seen when they start doing activities with the couple, like attending an ayahuasca ceremony and a block party. They even stop hanging out with their old friends who have become parents since they now see them as boring.

Josh and Cornelia represent the midlife crisis, where you feel as though you are growing old and want to latch on to your youth. Josh especially feels as though he is getting old, needing to go to the eye doctor regularly and realizing that he’s been working on the same film for eight whole years. He and Cornelia once would take spontaneous trips, but now have to plan out everything they do until they meet Jamie and Darby. Jamie and Darbie represent the romanticized version of your glory days. They seem to live life to the fullest from taking trips to creating art.

They know the hottest spots and the funnest events happening around the city. Josh and Cornelia represent when the older generation wants to act like the idealized version of the younger generation, with Josh even starting to dress like Jamie (which means dressing like a 2014 hipster). What Josh and Cornelia don’t know yet is that their idea of Jamie and Darby is just a romanticized version of who they really are.

Hating (or Resenting) the Younger Generation

Throughout the course of the film, Josh begins to resent Jamie, since his documentary film is turning out more successful than his. Josh feels as though all of Jamie’s successes are coming easily to him, as if they are falling perfectly in place, while he feels as though life is sabotaging his own documentary. Josh represents how any older generation feels about the generation that came after them, feeling as though they have it harder and that the younger generation is handed everything. This feeling of resentment amongst the older generation is understandable because a sign of progress means that each generation has to have it harder than the one that comes after them. Does this mean that Josh is in the wrong?

While Josh represents the resentment of the older generation, Jamie is everything that is easy to hate about the younger generation. While Jamie charms both Josh and the audience in the first half of the film, he quickly becomes unlikeable as the film progresses. Everything comes easily to him, he is a narcissist, and he created lies just to make his own documentary more interesting. His narcissism and arrogance are the qualities that most people associate with the millennial generation, the generation of social media, and selfies. He isn’t just a quintessential millennial, though, he is a quintessential “young person”. Each generation sees the generation after them as self-centered and arrogant and while they blame it on the generation as a whole, it is really because young people, no matter what generation they are part of, tend to be cocky and arrogant. This is where the film’s thematic statement comes from, “he’s not evil, he’s just young”.

The film ends with Josh and Cornelia separating from Jamie and Darby. While Jamie becomes a successful filmmaker, even being featured in a magazine, Josh and Cornelia adopt a child. At the airport, on the way to adopt their child from Haiti, the couple stares at a baby across from them who is playing with their mom’s cell phone. This is when Josh and Cornelia realize that by having a child, they will forever have to deal with the younger generation.

They will have to raise a cellphone-obsessed youngster like the babysitting across from them. They will have to raise a Darby or worse . . . a Jamie. This is where the generational divide comes to a head, when parenthood gives one no choice but to try to understand and shape the younger generation. Josh and Cornelia, thinking that they have avoided the young generation after breaking it off with Jamie and Darby, have only just started dealing with them now that they’re adopting a child.

‘While We’re Young’ is one of Baumbach’s best films, not only for its witty dialogue and tight story but for how it tackles the themes of the generational divide. From wanting to be as cool as the younger generation, especially during a midlife crisis, to hating the traits of the younger generation, the film tackles the cycle of one’s relationship to the “kids these days”. The film expertly handles the different emotions one has towards the younger generation with its engaging characters and dynamic story. While the film could have easily scoffed at millennials, it offers a nuanced and complicated take on how humans age and view those who are younger than them.

‘While We’re Young’ is available to stream on Hulu.