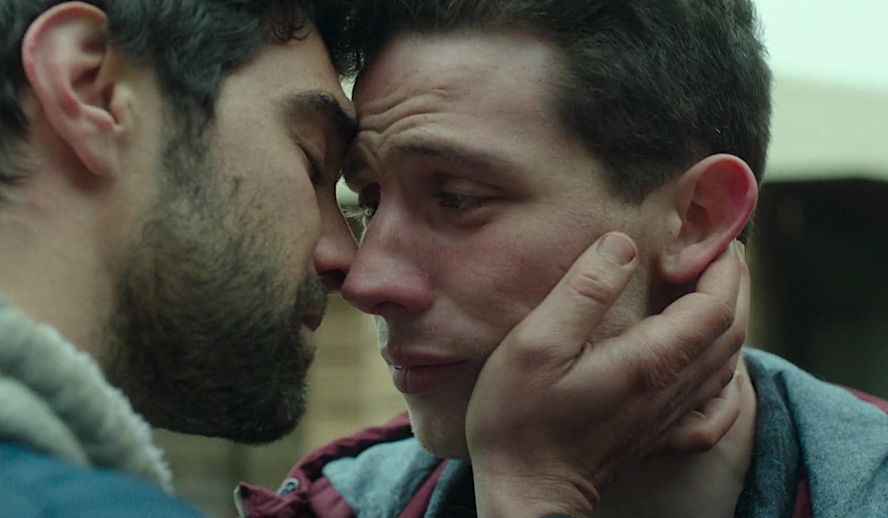 As Pride Month begins we’re about to see a rise in queer representation on screen. Of course, this is a great thing, queer audiences deserve to see stories, characters, and plotlines that represent their own feelings and experiences. Diversifying the types of stories that make it to wide audiences is vital in working towards equality, eliminating the otherness that so-called alternative types of love may be received with.

But, if you think about it, do queer stories need to be told under the safety of Pride Month, do they need to be told in June so they have an ‘excuse’ for hitting the mainstream? Maybe at one point, this was the case, but recently the rise of queer media has been growing all around the calendar. Romance has been a preferred genre for centuries, and queer romance stories are just that – romance. As audiences, creators, and artists we’re seeing a normalization of queer romance not as an LGBT subgenre but as the classic romance stories they really are.

Love stories have been around for as long as literature itself. Shakespeare brought us, Romeo and Juliet, from Pyramus and Thisbe, star-crossed lovers from 8 AD. Jane Austen delivered a half dozen sweeping romances in the nineteenth century. We grow up seeing couples on screen, on the page, and just about anywhere else a story is told. For queer youth, however, the amount of romance that surrounds young people can be discouraging. If you grow up seeing couple after couple professing their love, get married, and live happily ever after but not a single one of them feels relatable for you, how can you expect to find love like that?

Telling stories about a straight, cisgender man and an equally straight, cisgender woman falling in love time and time again creates the false perception in queer youth that that is the only example of what love is. Love cannot be defined in one singular way, but the diversity and uniqueness of every instance of falling in love were in no way reflected by the media’s portrayal of love. Recently, things got a lot better for queer youth. Of course, there is still a long way to in terms of accurate representation, but queer characters were finally finding a consistent home on screen. The next problem became the treatment of these characters and their love stories.

Please, Just Let Them Be Happy

In the 2000s and 2010s queer romance was becoming more popular on screen. The problem came in the way that the stories tended to unfold. Going into a queer movie or tv show, you could expect that the drama and conflicts throughout the story would be directly related to the sexuality of the characters. Characters were outed, love was unrequited, and it was near impossible to find acceptance. Yes, representation was rising but it was hardly comforting to young queer viewers.

This isn’t to say that the rise in representation was a bad thing, but it’s important to tell a variety of stories. Straight romances come with their own difficulties, smooth sailing hardly makes for an interesting plot, but the struggles straight characters face are not directly and consistently tied to their sexual identity. The same should go for queer characters. They can face struggles, queerness shouldn’t be that struggle. Rom-coms are full of quirky roadblocks, twists and turns, but at the end of the day, the romantic story is pure and heartwarming. We need the same for queer stories, too. And we’re getting it.

Netflix’s graphic novel adaptation series ‘Heartstopper’ has received endless praise for being a happily ever after queer romance. Its characters are whole, deep individuals, finding love and happiness – they just happened to be queer. Heartstopper’s success is proving to networks and creators that queer stories do not need to be dramatic coming out stories and harsh societal realities. The impact ‘Heartstopper’ has had on media and audiences in regards to normalizing queer romances and just like any other romance has created a bit of a phenomenon, aptly titled the ‘Heartstopper’ generation.

The ‘Heartstopper’ generation is growing up with access to relatable, heartwarming, and romantic queer media. Queer youth no longer needs to avoid romance at all costs or brace themselves for the harsh treatment of the media’s few queer characters. They have the opportunity to see queer characters shine and, most importantly, live normal and happy lives. ‘Heartstopper’ isn’t the only instance of this, as more and more characters are canonically queer without their queerness becoming a challenge or sole defining character trait. The majority of media has, at the very least, a romantic subplot, and these plots are becoming increasingly diverse and representative.

In my experience, readers have always had the most queer representation. Likely due to the lack of Hollywood executives or network higher-ups, it seems that authors have been able to tell queer love stories as exactly what they are – love stories. Romance novels are treated like romance novels, regardless of if the characters are of the same gender or not. It’s worth noting that some of the most popular examples of queer love on screen, like ‘Heartstopper’, came from books first.

We’re currently experiencing the rise in LGBT romance stories right before our very eyes. Queer love stories are leaving the page and coming to the screen. As more releases come our way, there should be an even greater amount of happily ever after, funny, mushy, and overall necessary queer love stories available to us. As an audience, we’re in the thick of something revolutionary. It’s not every day that you can find such important and prominent examples of inclusiveness on the rise.