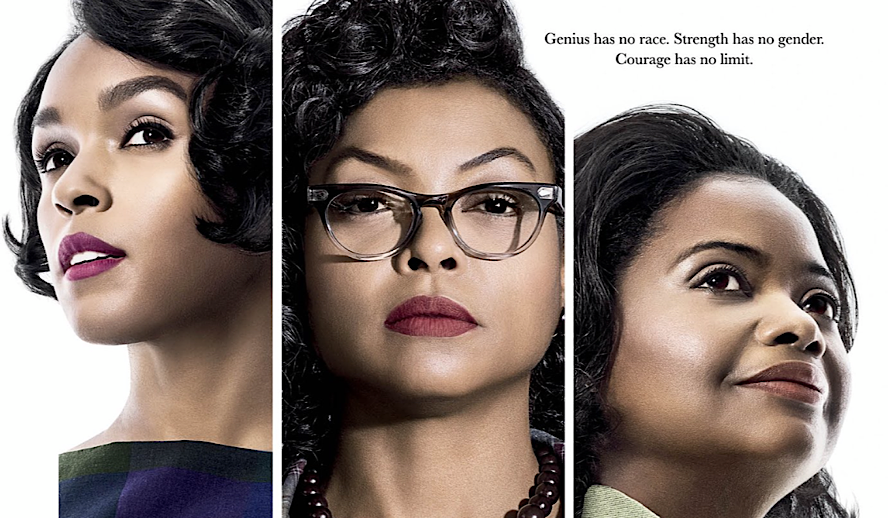 March is Women’s History Month and it tends to be ignored by most people because some people just don’t know about it. Women’s history often isn’t explored deeply in schools until you get to college but even then it isn’t a mandatory course everyone has to take. I recently took a class about Women’s History in the United States and I am happy to say that I learned a lot and I now appreciate the women in the past who fought so hard for rights and the women who truly expressed themselves and didn’t care what other people had to say about it. Without these women we wouldn’t have the rights we have today but the fight still isn’t over so it’s important to tell these stories of women who had to fight societal norms and challenge gender norms so history won’t repeat itself.

Here are films to watch to learn and celebrate Women’s History Month. Be sure to share these films with family, friends, and co-workers because it is important to remember history so we as the human race won’t make the same mistakes again. The first film is ‘Hidden Figures’ and it follows the true story of three Black women behind NASA’s early feats. Taraji P. Henson plays Katherine Johnson, a mathematician whose calculations made the first U.S. space flights a success, Octavia Spencer plays Dorthy Vaughan, a human-computer, supervisor, mathematician, and musician Janelle Monáe plays Mary Jackson, an aerospace engineer. I’ve seen this film many times and I recommend it to everyone. Be sure to watch or read more about these women and their accomplishments.

‘On the Basis of Sex’ should be followed by the documentary ‘RBG’ afterward because they’re both about the life and career of Supreme Court Justice Ruth Bader Ginsburg. Felicity Jones plays Ginsburg and Armie Hammer plays her husband attorney Martin D. Ginsburg, this film focuses on RBG’s early career when she took on a groundbreaking tax case with her husband then the Supreme Court. After watching this film, I highly suggest watching documentaries like ‘RBG’ because it gives you more details about her life and career. I really enjoy watching different documentaries about the same subject because something different is always revealed or focuses on a different aspect of a subject.

The film ‘Suffragette’ is based in early 20th-century Britain, the growing suffragette movement forever changes the life of working wife and mother Maud Watts (Carey Mulligan). Galvanized by political activist Emmeline Pankhurst (Meryl Streep), Watts joins a diverse group of women who fight for equality and the right to vote. Faced with increasing police action, Maud and her dedicated suffragettes must play a dangerous game of cat-and-mouse, risking their jobs, homes, family, and lives for a just cause. This film really feels like a history film and I can see teachers playing this in classrooms for students to learn about what the suffragette movement was all about. I do recommend reading and watching documentaries to learn more about the movement because there were so many iconic leaders in the suffragette movement and they deserve to have their stories shared for all the hard work they did.

Films Based on Novels

‘Carol’ is based on Patricia Highsmith’s 1952 novel “The Prince of Salt” which tells the story of a forbidden affair between an aspiring female photographer (Cate Blanchett) and an older woman (Rooney Mara) going through a difficult divorce. This film has dealt with controversies because it is an LGBTQ+ film and that gives it more reason to have it celebrated because all love needs to be celebrated and not censored. Therefore, if you like LGBTQ+ romantic period drama films this is for you, and check out the novel afterward.

‘Wild’ is a biographical adventure drama film adaptation of Cheryl Strayed’s 2012 book “Wild: From Lost to Found on the Pacific”, Reese Witherspoon plays the author who is grieving the loss of her mother by walking the Pacific Crest Trail and while hiking the trail she deals with the biggest mental hurdles. This film is essentially about the journey of self-discovery which is relatable to anyone in their 20s and as someone who is going through the same self-discovery journey, having this film is important because it’s time to show women on the big screen that are going through an emotional journey.

Films That Center Women of Color

‘The Joy Luck Club’ gives representation for Asian women in America and this film is told in sections, each focusing on a Chinese immigrant that traveled to the U.S. The women in the film’s greatest challenge are raising their daughters in a completely different culture as they’re overcoming other obstacles in their lives. This film has been praised for its amazing portrayal of Chinese culture and it’s been preserved in the National Film Registry by the Library of Congress. Representation is very important because every culture should have a chance to see themselves and their culture represented in a positive way.

‘Queen of Katwe’ tells the true story of Phinoa Mutesi (Madina Nalwanga), a young girl from Katwe Uganda whose world changes when she meets a missionary, Robert Katende (David Oyelowo), who teaches her to play chess then becomes a top player under the guidance of the missionary. This film is a success story because her life has been filled with adversity and she’s able to provide her family a better life with the success of her chess. After watching this film, you should read about what Phinoa Mutesi is up to now because she has moved beyond chess.

‘Selena’ is an American biographical musical drama film about the life and career of Tejano music star Selena Quintanilla-Pérez before she was murdered by Yolanda Saldivar at the age of 23. This film stars Jennifer Lopez in her breakout role as Selena the film has received positive reviews and it’s a must-watch for Selena fans. This year is the 25th anniversary of the film and it’s being re-released in select theaters throughout the U.S. In 2021, this film was selected National Film Registry by the Library of Congress as being culturally significant. Don’t forget to bring tissues because this film will bring out the tears and to get into more put on your favorite Selena song.