‘On the Basis of Sex’: The Origin Story of Ruth Bader Ginsburg, The Real-Life Superhero 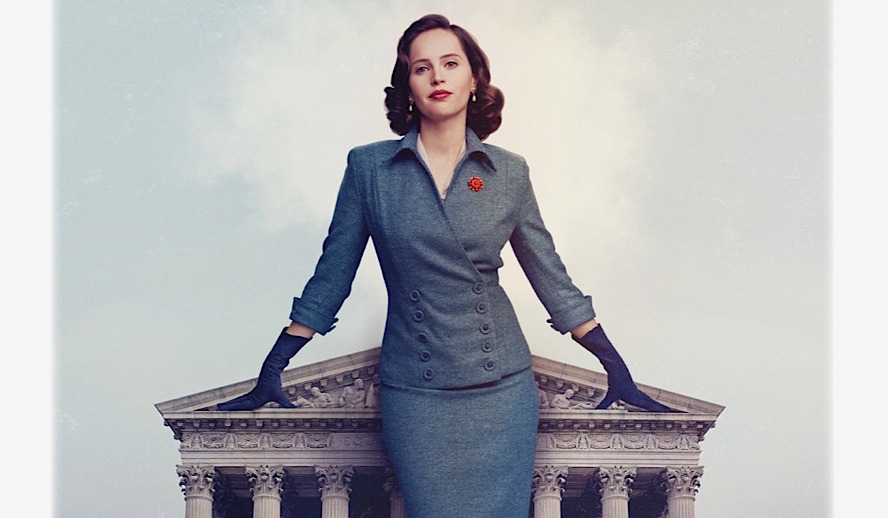 Photo: ‘On the Basis of Sex’/Focus Features

Ruth Bader Ginsburg was an inspiration to so many young girls across the United States. She was a lifelong advocate for women’s equality as well as many other progressive causes. However, most people don’t know a lot about her life before she was nominated for the Supreme Court by Bill Clinton in 1993. On the Basis of Sex is inspired by true events in RBG’s life, and follows her as she excelled at the Harvard Law School, despite the extreme sexism she faced, as well as the court case that established her as a prominent figure in the fight for equal rights.

On the Basis of Sex is, at its core, the story of a strong woman who fought for what she believed in and became one of the most well-known and strongest advocates of equal rights for all people. Seeing how much of a role Ruth Bader Ginsburg played in shaping the world as it is today it is truly awe-inspiring. In this sense, On the Basis of Sex is not a biopic per se. Instead, it is an origin story of a real-life superhero.

The actress Felicity Jones—known for her roles in Theory of Everything and Rogue One: A Star Wars Story—stars in the film as Ruth Bader Ginsburg. Although at first glance, it may seem odd for a British actress to play a Brooklyn-born heroine, Jones shines in this film. Her unrelenting resilience and undeterred work-ethic enabled her to perfectly encapsulate the prominent figure that was RBG. Never giving in to self-pity, she faces every obstacle with her head held high and simply redoubles her effort to succeed whenever something blocks her path.

Discussing the choice of casting Felicity Jones, director Mimi Leder told Women and Hollywood that, “[Jones] has great depth and understanding of people. I had seen a lot of her work and just felt that she could get deeply, deeply get into her shoes, and into her heart, and into her soul.” Felicity Jones left herself behind and fully took on the role of RBG, listening to countless tapes, and learning the walk. This amount of dedication paid off as she truly became RBG on-screen.

Mimi Leder, American film and television director and producer was the director of On the Basis of Sex. Although she is primarily known for her action films and use of special effects, she brilliantly told a rousing drama about RBG. Demonstrating how RBG was a woman in a man’s world, the film opens with a sea of almost identical young men in tailored suits. From the masses, a young woman, Ruth Bader Ginsburg, walks with confidence and a smile on her face. Through this singular scene, Leder seamlessly paints a portrait of the overt sexism present in the 1950s at prestigious schools such as the Ivy Leagues, as well as the immense confidence that Ruth Bader Ginsburg exuded.

Leder explained in her interview with Women and Hollywood, “I was so attracted to the script because I felt like this is a movie about how change happens, and I’ve experienced a lot of change in terms of how I have lived my life.” She went on to state, “I felt a real commonality with Ruth Bader Ginsburg. I would never compare my accomplishments with her, but we’re both women, we’re both Jewish, and we’re both mothers.” This connection enabled Leder to tell a story on-screen that truly resonated with viewers.

A Marriage of Equals

The main staple of this film is the love story and marriage between Ruth Bader Ginsburg and Marty Ginsburg and the perfect equality that existed between them. It is clear that they never viewed each other as rivals but instead supported each other as equals. This was rare for the 1950s, a time when women were forced into the roles of housewife and mother, with little to no freedom if their husbands were not always present.

So often, stories of successful women either make the husband jealous of her success or unable to handle taking over household duties. That was not the case in On the Basis of Sex. Armie Hammer, who played Marty Ginsburg in the film, told IndieWire that “[Marty] was able to subvert the gender norms, cook, clean, do whatever was required. That’s how he exercised his strength. He loved what he was doing, he relished it… He knew his wife was capable of changing the world, and he would do whatever it took.”

Ruth Bader Ginsburg passed away on September 18, 2020, but her memory lives on through the mark she has left on history. The fight for equal rights remains today in new forms, although RBG is responsible for spearheading changes in equal rights as well as her tireless work in making sure that Supreme Court rulings were fair and progressive. Rest in power RBG.