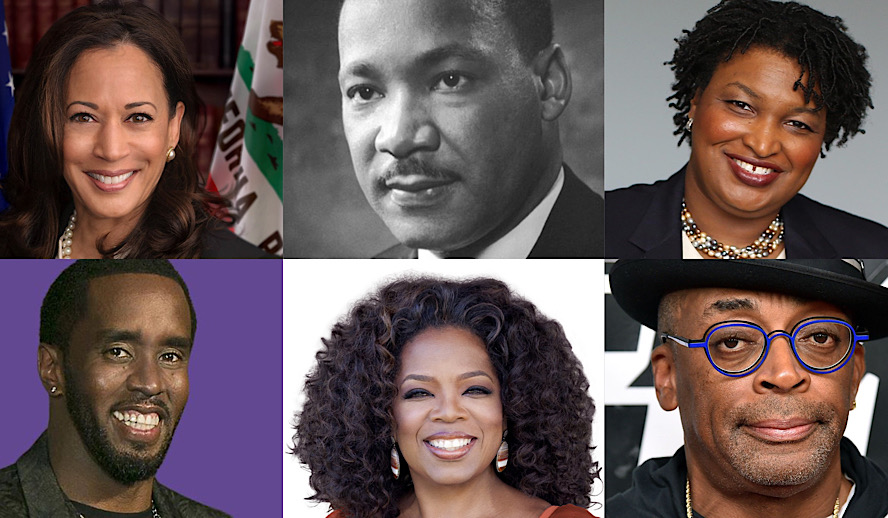 Howard grad Kamala Harris is officially the first-ever U.S. Vice President to be elected to the position with a degree from a historically Black college or university (HBCU). Soon to be the most powerful woman in the United States, Harris has been very vocal about the importance of her roots at a historically Black institution. In her book titled “The Truths We Hold”, Harris writes how at Howard, “every signal told students that we could be anything – that we were young, gifted, and black, and we shouldn’t let anything get in the way of our success.”

“Between the World and Me” author Ta-Nehisi Coates called Howard a “Mecca” for Black students in his critically acclaimed book. Originally founded in the late 19th-century as a defense mechanism to the racist policies most universities had, HBCUs have blossomed into heartbeats of Black culture all across the country. With 102 HBCUs still going strong, it’s vital that we remember their purpose, and shed light on their importance now more than ever.

HBCUs have been operating largely in the background to propel some of our nation’s greatest leaders and artists to the foreground. Although starkly less known than many of America’s predominately white institutions (PWIs), without HBCUs our country would not know some of its greatest figures. Oprah Winfrey began her studies in journalism at Tennessee State University, an HBCU which she’s cherished over the years, even recently donating two million to the Nashville school and its surrounding neighborhood.

Sean Combs (also known as Diddy) recently contributed one million dollars to his alma mater, Howard University. He tells Billboard how although he didn’t graduate from the institution, it was  still a crucial stepping stone for his success: “The only reason why I was able to chase my dreams was the empowerment that Howard gave me, the support that they gave me, the first two years.” Even those that briefly attend HBCUs are deeply affected, often giving back to their roots once they’ve been propelled into the success their university catapulted them into.

Some of America’s greatest Black filmmakers also went to HBCUs. Tony Award-winning director and founder of Atlanta theatre company True Colors Theatre, Kenny Leon proudly graced Clark Atlanta’s graduation stage. Atlanta is home to three prominent HBCUs, all centered in the Atlanta University Center in the historic West End neighborhood. Many of the pillars of the entertainment industry found their voice in the cultural hub of Atlanta – home to sibling schools Morehouse College and Spelman College, the most famous and successful all-boy and all-girl HBCUs respectively, and Clark Atlanta University.

After graduating from Clark Atlanta, Leon would go on to be one of the most prominent directors in theatre and the grander entertainment industry. He’s considered one of the first African Americans to head a non-profit theatre company; in 1990, he became the artistic director of the largest private theatre in the Southeast, Atlanta’s Alliance Theatre Company.

Although a proud alum of New York University for his master’s degree in film, Spike Lee nabbed his BA from Morehouse. One of his soon to be partners in crime also obtained his degree there; many fans might be surprised to know that Samuel L. Jackson also went to Morehouse College.

Its sister school, Spelman College, proudly stands as the #1 HBCU in the country, often tied or battling with Howard University for the spot depending on which source you ask. One of its most recent and impactful alumni is democratic hero Stacey Abrams. Many Georgians credit Abrams for turning Georgia blue for the first time in nearly 30 years due to her rigorous and relentless efforts to stop voter suppression, as seen with her Fair Fight Action initiative.

There’s an entire network of hidden success stories rooted in HBCUs. Plenty more influential figures like Toni Morrison, Wanda Sykes, Erykah Badu, and Taraji P. Henson all attended historically Black universities in some capacity. But it’s not the celebrities that make the vibrant culture that has thrived since before the American Civil War. The heart of HBCUs lies within the people—the everyday graduate that carries the torch. While many Black Americans are tapped into this hidden world of connections and relationships spanning the country, to those unaware of the invisible threads of HBCUs, the importance of them can go underrated.

The Importance of HBCUs

In a country that often chooses racial amnesia over historical and contemporary evidence, especially seen in our culture of fake news and deceitful political leadership, it’s vital, possibly now more than ever, to ground ourselves in truths. Although HBCUs aren’t perfect and certainly not a fit for every Black scholar, they still serve the same purpose that they did over a century ago.

PWIs can often be a playground for elitist white students to prey on Black and brown students who are often the stark minority. Everything from discrimination and violence in Greek life, to microaggressions about hair, skin, grades, and hometown or country can lead many Black students to an impossible situation; should Black students stay in a toxic environment for the notability of a degree from a PWI, or should they transfer to a college like an HBCU which may not have a name, nor a program that would be as useful in their subject area?

HBCUs often don’t have the strength in arts programs or the funding in STEM programs to be on par (at least on paper) with notable PWIs. However, many HBCUs can generally compete with meeting financial needs PWIs chose not to. The United Negro College Fund (UNCF) states that “more than 70% of all students at HBCUs qualify for federal Pell Grants and 80 percent of HBCU students receive federal loans.” The source continues to illustrate how low cost in many historically Black programs helps narrow racial wealth gaps by giving students an incredible value for an affordable price.

“About 54% of African Americans between the ages of 25 and 40 have student loans, compared with 39% of white Americans in that age group,” UNCF explains. HBCUs offer a loophole in a sense, a way out of poverty for many first-generation Black kids, an escape route to success without the burden of suffocating student loans.

While at PWIs a majority of Black students can feel lonely, often joining or creating Black Student Unions (BSU) to feel a sense of community and safety, HBCUs are practically one giant BSU all day every day. Spike Lee depicts the beautiful communal aspect harbored at HBCUs in his film School Daze. Everything that could be potentially weaponized against a Black student at a PWI becomes a rejoiceful and understood source of identity at an HBCU.

What School Daze also highlights is a lively greek and athletic life that makes HBCUs entirely unmistakable from most PWIs with cookie-cutter cultural presences. The Divine Nine are nine fraternities and sororities that are practically the lifeline to many HBCUs, especially for students post-graduation. Sororities like the Alpha Kappa Alpha (AKA) are distinctly known for their strong sisterhood, distinct green and pink color palette, and notable chants and dances that make them one of the most notable sororities.

The Alpha Phi Alpha fraternity is also a booming fraternity with over 700 chapters and 290,000 members across the world. Some of its members are MLK, W.E.B. Du Boise, and many more. HBCUs’ distinct greek life along with their celebrated and invigorating homecomings make their campus life entirely unrecognizable from PWIs.

In her 2019 concert film on Netflix, Beyoncé saluted HBCUs in her Homecoming Coachella performance. Complete with live instrumentation, odes to football and marching band, energetic dancers, and choreography, Beyoncé gave many Black audience members a reminder of their college years at HBCUs and gave unfamiliar audience members a taste of a whole new world.

If you’re a Black student interested in pursuing higher-level education, or interested in supporting one of the nation’s more precious treasure troves, look into HBCUs and get acquainted with their impact on students all across the world.