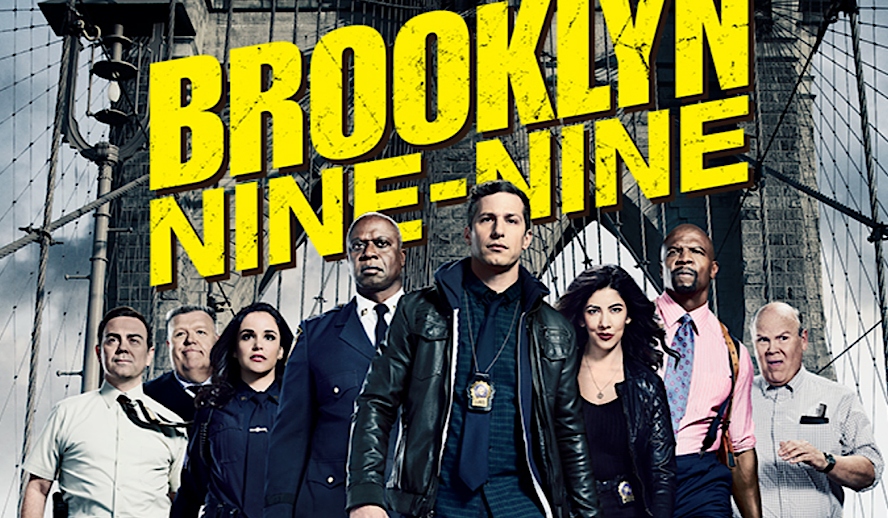 Where to begin when talking about ‘Brooklyn Nine-Nine’, a show which has made such an imprint on the television industry and in our culture. The show has been a prime example of how to bring diversity on screen without it feeling forced and fostered an environment of inclusion and representation since its premiere in 2013. However, after eight seasons, 153 episodes (as of September 16, 2021), and two networks, ‘Brooklyn Nine-Nine’ is beginning to wrap up its cases and saying farewell to the precinct.

Recapping Episode One: ‘The Good Ones’

The season eight opener starts during the middle of the pandemic, with Jake (Andy Samberg) and Boyle (Joe Lo Truglio) finding out that Rosa (Stephanie Beatriz) has decided to resign from the police force in the wake of the 2020 Black Lives Matter protests and to deal with her feelings about her job and its ramifications. It then skips forward to a time when the pandemic is over and Jake thinks Rosa has been avoiding him because of the fact that he is still an NYPD detective while she is now a private investigator. She offers Jake the chance to help her with a case in which the NYPD has wrongly charged a woman with assaulting an officer when she was actually the one assaulted and Jake says yes, thinking he could use the opportunity to show Rosa that he’s “one of the good cops”.

In the end, after finding the evidence that would dismiss the charges and require the officers to be held accountable but having the officer in charge of the investigation destroying it, Jake and Rosa have a heart to heart about how she, as a queer woman of color, did not feel like she could keep working for the NYPD knowing how they have abused her community over the years and how Jake now understands that and how he is still wrestling with his role as a detective in the wake of all that’s happened this past year.

In one of the B-plot of the episode, Terry (Terry Crews) is trying to get Boyle to understand that his performative activism doesn’t help anyone since he’s not doing anything that actually will help create change; he gets Boyle to realize that he doesn’t need to show off his work in being an ally, he just needs to do it and not be doing it for show. In the other B-plot, Amy (Melissa Fumero) and Captain Holt (Andre Braugher) are trying to figure out why their work relationship seems to be off after her return from maternity leave. They go through a series of exercises that should help them connect in only a way that Amy and Holt could but none of them seem to be effective. In the end, they realized that they just needed to be honest with each other about what’s going on in their lives, which leads to Holt revealing that he and his husband, Kevin (Marc Evan Jackson), have separated and sets up the plot for the next episode.

After the revelation at the end of the first episode about Holt and Kevin, the gang from the Nine-Nine decide to try and lift Holt’s spirits by doing something he’s been offering them for a while: visiting his lake house to bird watch. When they get there they find out that Jake is actually using their getaway as a chance to Parent-Trap Holt and Kevin, a plan which Terry decides he wants in on. The two of them try to fulfill their plan but things go awry when a swarm of bees gets provoked by them and ultimately ends up stinging Kevin, who is allergic. In the end, though their plan ultimately works as it gets Holt and Kevin to realize that they need to work on their communication in their relationship and get back together.

In the B-plot, Boyle is giving tips to Amy on how to be a good mother which (rightfully so) makes Amy mad, especially when Boyle is able to get Mac to go to sleep when she was unsuccessful. However, problems arise when Boyle realizes that he locked Mac into the bedroom from the inside and has no way of getting through the door without breaking it down. Ultimately, Amy does end up learning a thing or two from Boyle while Boyle comes to understand that nothing will beat the will of a mother trying to get to her child.

The Beginning Of The End For ‘Brooklyn Nine-Nine’

The fact that ‘Brooklyn Nine-Nine’ managed to reach eight seasons is in of itself a miracle. Despite being one of the funniest shows on television, the show’s original broadcaster, Fox, had the gall to cancel it right when it was getting close to the funniest it has ever been in its fifth season. The show had more life in it despite what Fox thought, so its passionate fans, including the likes of Lin Manuel Miranda and Mark Hamill, rallied around it on social media and convinced NBC to rescue the show and ultimately give it three more seasons.

It’s a show that has such passionate fans because of the way it tells its stories. For starters, ‘Brooklyn Nine-Nine’ has one of the most diverse leading casts on broadcast television in the past few years without the diversity feeling contrived; every character feels as if they are meant to be there and not as tokens. It’s a great display of strong and supportive women, queer characters whose sexuality is not the entire basis of their character, characters of color in leadership positions, and being front and center rather than relegated to being sidekicks or the comic relief, and so much more. The stories and topics the show tackled, from racial profiling to #MeToo and Black Lives Matter, have all been done in such a way that is sensitive to the topic and carries the main point across while still being incredibly funny.

‘Brooklyn Nine-Nine’ will always be remembered for the memes it has generated (Gina dancing with headphones while chaos ensues behind her is a spectacular one) and the viral moments it created (namely bringing Backstreet Boys’ “I Want It That Way” back into the zeitgeist), but its most memorable feature will always be how it created a comedy that was inclusive, topical, and very, very funny. I wish we could see the Nine-Nine continue on for many more years to come but that we got eight great years is certainly sufficient. It’s time to brace for its conclusion but in the meantime, I will be embracing every last “Nine-Nine!” before we all have to leave the Nine-Nine.

‘Brooklyn Nine-Nine’ airs every Thursday at 8 PM on NBC through September 16, 2021, and is available on Peacock and Hulu the following day.