Guillermo del Toro’s ‘At the Mountains of Madness’: A Film Adaptation Worth Fighting For 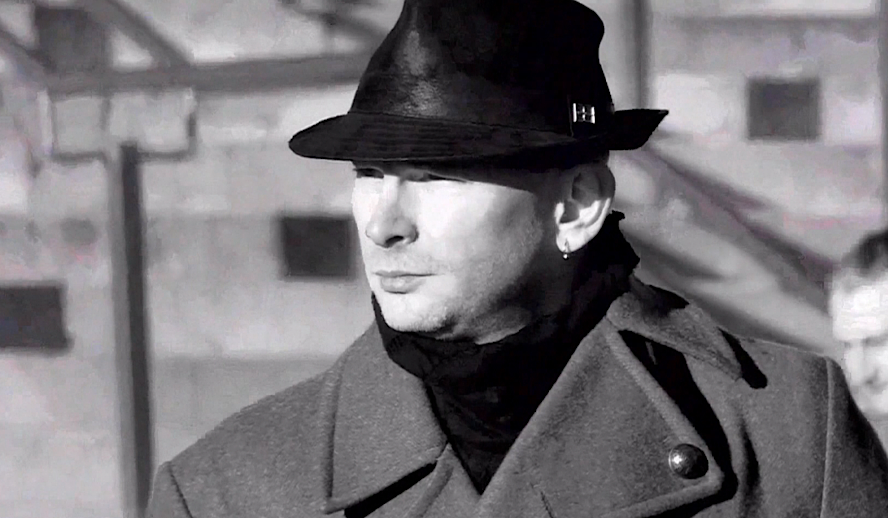 Photo: ‘At the Mountains of Madness’

For years, Oscar-winning director Guillermo del Toro has dreamt about bringing the cosmic horror classic, At the Mountains of Madness, to life. Both fans and del Toro himself have long stated that H.P. Lovecraft’s sprawling 1931 novella detailing a scientific expedition to Antarctica turned nightmarish would be the ideal passion project for a darkly creative artist like him. This is all to say: I’m with Guillermo.

The Background: A Project Neglected

In 1931, H.P. Lovecraft crafted a surreal vision of a scientific expedition to Antarctica that leads to the discovery of ancient architecture and bizarre hieroglyphs detailing prophecies (and creatures) of eons past. For 90 years now, the story has captivated and stunned audiences. This audience includes Guillermo del Toro, acclaimed director, and monster-maker, who first expressed interest in adapting the novella as early as 1991. With other creature feature films under his belt like ‘Hellboy’, ‘Pan’s Labyrinth’, and the critically acclaimed ‘The Shape of Water’, it’s obvious that he’s more than capable of fulfilling the sort of creative demands that are required for a faithful Lovecraft adaptation. Despite this, the film was sadly scrapped after nearly four years of pre-production. Now, the project collects dust, lying in wait, for the right studio to come along.

‘At the Mountains of Madness’ – The Beginning: A Dream of Production

Over a decade ago now, before the project was relegated to bucket-list status for del Toro, he had plans with director and producer James Cameron to co-produce the cosmic horror giant on a proposed budget of $150 million under Universal Studios. The screenplay, co-written by del Toro and multi-film business partner Matthew Robbins, was written even earlier, in 2006. This early version of the script, which is available online, is one of the few tangible pieces we have from del Toro’s early creative development.

Another piece lies in del Toro’s (now closed) At Home with Monsters exhibit, where you can find already developed concept sculptures for the 8-foot tall, albino penguins that the researchers come into contact with early in the original story, the first and most mild of multiple inexplicable creatures. You can find a photo of one of the sculptures here. This exhibit is a peek into the potential that a project like this could have in the hands of someone with an affinity for the macabre like del Toro.

Other exciting plans included the casting of beloved action star Tom Cruise in the lead role, the release of the movie in 3-D (as is expected from a Cameron-attached project), and last but certainly not least, what could potentially be the first silver screen representation of Cthulhu ever. I’ll let you sit with that for a moment.

Even more depressingly, in a 2017 interview with Collider, del Toro lamented on the creative development they made in the three-year period that the film was in pre-production, saying that “we did over 300 pieces of art, we did storyboards, we did models … we had a whole presentation. You will cry, you will go, “Why?” You can view a few pieces of concept art for the project from del Toro’s sketchbook in this Imgur gallery.

The End: The Complexity of a Lovecraft Adaptation

Multiple factors have resulted in studio reluctance towards the ‘ATMOM’ adaptation, but the most notable seems to be the inevitability of an R-rating, a debacle that heavily contributed to the scrapping of the project as a whole after years of development. In the aforementioned 2017 Collider interview, del Toro even jokingly says that he should have “said [‘ATMOM’] was PG-13 … I’m too much of a boy-scout, I should have lied like many of my colleagues do.”

Another very notable reason that the project may have been scrapped is that, to faithfully adapt typical Lovecraftian horror, there would be no love stories nor happy endings. This also degrades the marketability of the project somewhat, despite its grandiosity in almost every other aspect. Unfortunately for production studios, most tales of the fabled Great Old-Ones of the Cthulhu mythos are unconcerned with petty romance plots and Deus ex machinas. Luckily for die-hard fans of the author, del Toro clearly holds the project in high regard, and is most concerned about staying true to the real style of Lovecraft. In an interview with Ain’t It Cool News, Del Toro stressed the importance of protecting the sanctity of such a classic, saying how “it’s the Mount Everest of the weird tale” and “one of Lovecraft’s most cherished works.”

The perceived nail in the coffin, or as del Toro said in an announcement on his official fansite, the marking of a “long pause – if not the demise – of ‘ATMOM’” would be the release of the very similarly themed and structured ‘Prometheus’ film directed by Ridley Scott. His statement is available to read on Indiewire. Ironically, ‘Prometheus’ would earn an R-rating. Del Toro would go on to direct ‘Pacific Rim’ in 2013 under Legendary Pictures, his highest-grossing directorial project to date.

The Future: Hopeful but Uncertain

Del Toro still vows to someday create the adaptation, even going as far as committing to wearing a Miskatonic University ring (in accordance with the university that the researchers are from in the original novella) until the day that he makes the film. In a 2020 interview with Indiewire, the director even said that he might end up being buried with it. But with intelligent and cerebral blockbusters like ‘The Lighthouse’ and ‘Annihilation’ captivating horror audiences in recent years, as well as the recent adaptations of other Lovecraftian media like ‘Color out of Space’ or ‘Lovecraft Country’, I think that audiences are more than prepared for a film that transcends typical sci-fi tropes and takes the cosmic horror genre farther than we’ve ever seen; need I mention the chance for a Cthulhu cameo again?

Luckily, audiences can look forward to del Toro’s new project, a horror noir titled ‘Nightmare Alley’, to be released in December 2021. But true fans can only hope that this acclaimed artist will have the opportunity to compel us to madness with this incredible adaptation one day. As Lovecraft once said, “the oldest and strongest emotion of mankind is fear, and the oldest and strongest kind of fear is fear of the unknown.” The genre is far past skeletons dancing across the screen, or vampires standing menacingly in the doorway. A Lovecraft adaptation under del Toro’s direction would most certainly result in horror imagery so blasphemous, so indescribable, that it would propel this genre into the great, dark beyond. It’s what we deserve.