A Tribute to Toni Collette: A Chameleon of the Silver Screen 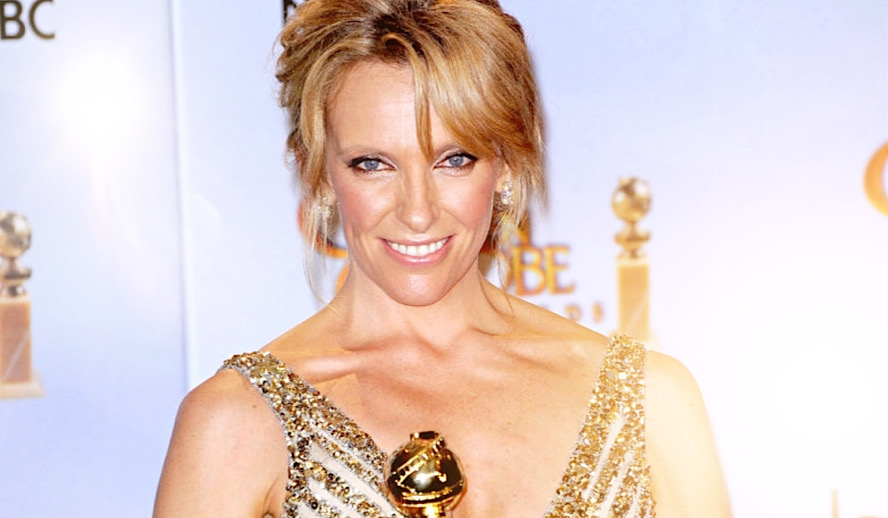 Toni Collette is one of the most prolific and critically acclaimed actors working today and yet, she may not be the first person that comes to mind when listing Hollywood stars. Why? She has spent twenty years in the industry, accumulated eighty-four credits and one hundred award nominations on IMDb, and has starred opposite household names such as Steve Carrell, Jake Gyllenhaal, and Chris Evans. If we were offered a Cate Blanchett or Nicole Kidman vehicle, we would get some sense of what we were getting, and expect that star to be the main draw. What would we expect from a Toni Collette film?

The answer to that question could be anything. From the beginning, Collette has resisted being pigeon-holed or repeating herself, starring in dramas, comedies, action films, and horror. She’s willing to take on lead roles or supporting characters; indie films, festival darlings, and television. She transforms from role to role, making each of them so unique that we’ve probably seen more Toni Collette material than we’ve registered. So move over Gary Oldman; let’s look at one of the most talented chameleons working in the industry today.

Collette’s Beginnings: From the Stage to ‘Muriel’s Wedding’

From the beginning of Collette’s career, it was clear the question was not if she was going to become a star, but when. Born in Sydney, Australia in 1972, Collette left high school at only sixteen years old to attend drama school, and following that left drama school for a career on the stage. At only eighteen years old, she was performing in the Anton Chekov classic, ‘Uncle Vanya’, at the Sydney Opera House. She then transitioned into film, acting alongside Anthony Hopkins and Ben Mendelsohn in the Australian indie comedy ‘The Efficiency Expert’. This performance would earn her an Australian Film Institute (AFI) nomination for Best Supporting Actress.

At only twenty-two years old, Collette stepped into her first lead role in ‘Muriel’s Wedding’. This tale of a young social outcast struck a chord with viewers and is still a beloved classic today, spawning a successful musical in 2017. Collette gained forty-two pounds for the role, and garnered a Golden Globe nomination, an AFI award for Best Actress, and the attention of Miramax and producer Harvey Weinstein.

While Weinstein’s name holds all sorts of negative associations today, at the time both he and Miramax were known for handpicking emerging talent and transforming them into stars. Weinstein flew Collette out to the United States and sent her on a press tour. The story goes that later he would offer her the script for Douglas McGrath’s adaptation of Jane Austen’s ‘Emma’, and told her to choose any part. Whether or not the story is true, Collette did end up performing alongside Gwyneth Paltrow and would go on to be cast in one of the biggest films of her career just three years later.

Into Hollywood and Defying Type-Casting

After ‘Muriel’s Wedding’, Collette was offered more awkward, frumpy roles in the same vein, but she turned them down.

“A lot of people have careers playing themselves, but I don’t want to repeat myself; it’s a luxury of this job and I might as well take advantage of it. After ‘Muriel’s Wedding’, I received a plethora of similar parts, which I turned down. Though actors are very scared not to work again…something in me wanted to stick it out.” – Toni Collette

Instead of letting herself get type-cast, Collette sought out challenging, interesting roles that would stretch her ability and range. Perhaps the most prominent of these was ‘The United States of Tara’, in which she played a woman with dissociative identity disorder, meaning she was not playing one personality but several of varying ages and genders. Collette would take home an Emmy and a Golden Globe for portraying Alice, a traditional American housewife, Buck, a ‘man’s man’ prone to drinking, smoking, and violence, and T, a rebellious sixteen-year-old.

Not all of Collette’s work is that showy. One of her most critically acclaimed roles is  Lynn Sear in M. Night Shyamalan’s ‘The Sixth Sense’, which scored her an Oscar nomination for Best Supporting Actress. Collette has played a wide range of mothers on-screen (although never the same type twice), including Sheryl Hoover in ‘Little Miss Sunshine’, Joni Thrombey in ‘Knives Out’, and Mother in ‘I’m Thinking of Ending Things’. She also stepped into the mother role in one of her most iconic roles to date: Annie in Ari Aster’s ‘Hereditary’.

If you look over this list of films, you’ll see a range of genres, and Collette excels in every single one of them. ‘Hereditary’ and ‘The Sixth Sense’ showcase her talent for horror, while films such as ‘Little Miss Sunshine’ and ‘Knives Out’ allowed her to show her comedy chops, while still more such as ‘Velvet Buzzsaw’ saw her combine the two. The actress is no stranger to drama either, as exemplified by her performances in ‘Dream Horse’ and ‘Wanderlust’. In fact, there are very few genres left untouched by Collette, with her taking on action in ‘xXx: Return of Xander Cage’, a thriller in the mini-series ‘Hostages’, and crime in the Golden Globe and Emmy-nominated ‘Unbelievable’.

The word so often applied to Collette is transformation. Not only can she perform in any genre, but she’s also proved herself capable in a number of accents ranging from British to American to Irish. She seems to vanish into her roles, with her wide range and refusal to be placed in a box, making it impossible to pin down what a Toni Collette film or performance is.

“The roles I’ve taken are roles that I have loved no matter the size of them and no matter the size of the screen,” Collette said in an interview for Jezebel. Collette transforms herself into each role and dedicates herself to each and every character, no matter how small. Collette currently has three projects in the works; two features in post-production, and one television series in pre-production, with surely many more in the future.