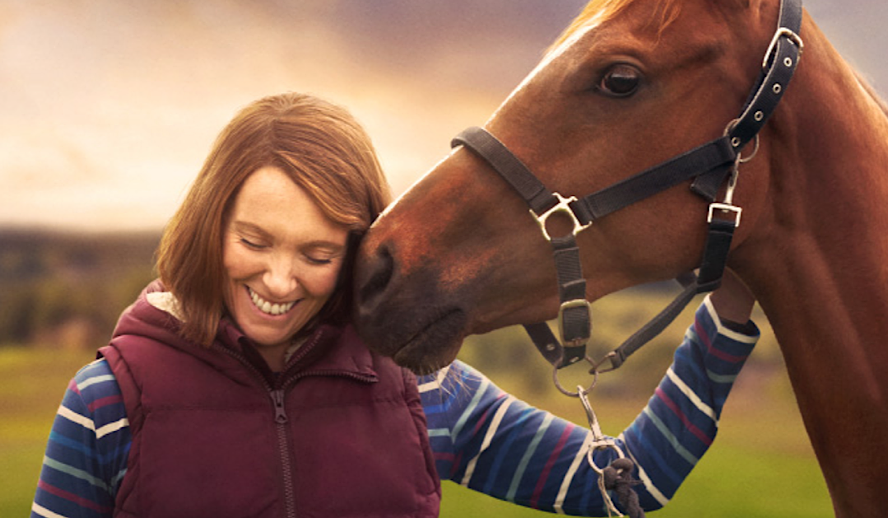 The Story of Dream Alliance?

I’ve always been a sucker for feel-good animal films. From ‘Seabiscuit’ and ‘Secretariat’ to just about any tear-jerking movie about dogs, I am almost always bound to be a fan of a film where an animal is the main attraction. This is partially why I was so excited to hit the theaters and watch one of this weekend’s new releases ’Dream Horse’ directed by Euros Lyn (‘Black Mirror’, ‘Doctor Who’) starring Emmy Award-Winning and Oscar-nominated actress Toni Collette (‘Hereditary’, ‘The Sixth Sense’, ‘Unbelievable’) and Damian Lewis (‘Billions’, ‘Once Upon a Time in Hollywood’, ‘Homeland’).

This film tells the heartening true story of Dream Alliance, the unlikely racehorse who goes on to race and ultimately win the Welsh Grand National after a significant amount of trials and tribulations. Collette portrays Jan Vokes, a woman going through her monotonous everyday routine working at a grocery store during the day and bartending at night at the local pub. One day she overhears a bar patron discussing with his friends how thrilling it was to own a racehorse. With a tiny bit of eavesdropping, Vokes decides she too wants to own a racehorse, just to give her something to look forward to upon waking up in the morning.

With no previous experience with horses and barely enough money to put into a new hobby, she sets out on this impromptu fantasy by finding a poor tempered mare that she paid next to nothing for. She rallied a group of locals who were inspired by her story and determination and formed a syndicate where each contributed money each week to help with the expenses that came with breeding the mare and training that foul to race. With no expectations, the group sets out on the adventure and Dream Alliance – the name the group agreed on – was born.

In my book, Toni Collette is one of the most talented actresses of our time. She seamlessly shines in every role she tackles and every genre I’ve watched her in seems to suit her. From Ari Aster’s unnerving film ‘Hereditary’, (which I still believe she deserved an Oscar for), the murder mystery ‘Knives Out’ in which she comically portrays a lavish lifestyle influencer, and even to Netflix’s ‘I’m Thinking of Ending Things’ a twisted mind-bending film from Charlie Kaufman, Collette can truly do it all. With project after project tackling such dramatic and gripping themes, I was thrilled to see her in a lighter more upbeat role in this feel-good flick where once again she further proved my point that she can truly take on any part given to her.

There were a few new challenges presented to Collette before taking on the role of Jan Vokes: a Welsh accent and meeting the actual Jan Vokes. Nearly the entire cast and crew were Welsh which thankfully immersed Collette into the role but she wasn’t afraid to admit that perfecting the accent was incredibly daunting due to how particular it is. She also shared with Yahoo! how intimidating it was to meet the real-life Jan Vokes in person, “It’s a huge responsibility playing a real person. I don’t want to let her down and also I was just so excited for her. She’s just a normal woman and this is a film now being made about her. It’s such a big deal.”

Toni Collette also spoke on working with the horses on the set of the film with CinemaBlend. One horse, Bo, Collette particularly took a liking to, “I mean they are the most beautiful, perceptive sensitive creatures. There were several horses playing Dream Alliance, which is the main character in the film, but there was one horse I did all my acting with and his name is Bo and he was particularly gorgeous and I really did feel a profound connection with him. And it wasn’t in my mind, the whole crew could see he really listened, and they all liked his energy. He could feel what I was saying to him, if not understand it directly and it was a true bond that developed. He knew me.”

The real-life Jan Vokes shared some personal insight of her own in an interview with BBC. “My father was a coal miner, and I was born and bred in a little village just up the road so to imagine that my life was going to be played out by a Hollywood A-listed actor, it’s just unbelievable,” she said when asked how she felt about A-list Australian actress Toni Collette to portray her on film. “In the beginning, I couldn’t really see a story there but when you sit down and you think about it, it really is a sort of fairytale.” She said that she and her husband visited the film set where they were welcomed with open arms, saying that the stars were very down to earth. Vokes horse Dream Alliance has been retired for nine years now

A Feel-Good Film to See

What many viewers may not know is that ‘Dream Horse’ is actually based on the 2015 documentary directed by Louise Osmond, ‘Dark Horse: The Incredible True Story of Dream Alliance’. While I have yet to watch that documentary I assure potential viewers that ‘Dream Horse’ is worth the watch due to its uplifting story revolving around camaraderie, hope, and perseverance, equipped with a superb cast and the very talented animal actors who portrayed Dream Alliance. The horse was named Dream Alliance because it was Jan and the investors’ dream and the group was all in it together.

The film has already warmed the hearts of many, currently holding a near 100% on Rotten Tomatoes. On its opening weekend alone the film grossed nearly $800,000 with over 60% of audiences being female according to Deadline. The film premiered at the Sundance Film Festival in January of 2020. Its world release was postponed due to COVID-19, similarly to most of the other films now hitting theaters. It was finally released in May of 2021 and continues to win over viewers’ hearts.