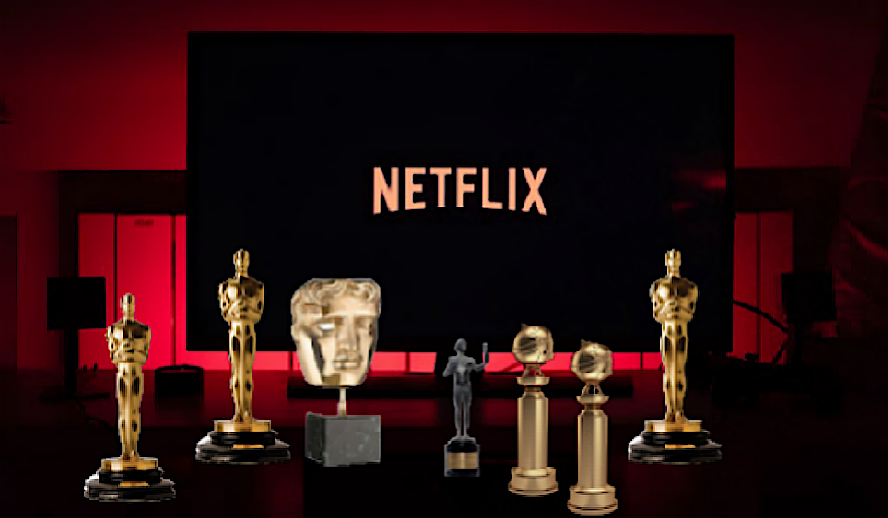 This past awards season, Netflix took some serious ground in terms of being viewed equally with other major film studios. From Golden Globes to the Oscars themselves, the streaming service has broken into the next tier of producing despite the constant detractors that don’t consider Netflix’s releases as true films.

Here is why Netflix should be viewed as one of the next great studios.

Netflix smartly went with television series to then simple but creative original films. House of Cards marked their foray into producing which was an instant success. Netflix produced consistently acclaimed series’ such as Orange Is the New Black, Stranger Things, and Unbreakable Kimmy Schmidt to name a few. Many were paying attention to each and every television series that Netflix came out with, and though there have been plenty of duds, there have been more than enough impactful series to keep people coming back for binging on a regular basis.

When it comes to the original films, however, the service has shown a knack for releasing original content at a furious rate with much of their films being fun action, comedy, or romance type projects that didn’t serve much more than giving audiences something to watch that was new. Netflix clearly wasn’t affected by critics and the negative reviews as their films were perfect for a streaming audience: bored? Throw the newest Netflix Original film on. And just as you’d finished that, another new release would be there seemingly the next day.

They tended to stay on the fun and fluffy side of things unlike their shows which many claimed was Netflix’s true strength. But the shotgun type production strategy in the film department allowed for two to three pearls to surface every year or so. Many would argue that the lack of top tier releases compared to half-baked films being produced showed Netflix shouldn’t get into the film producing side of things. But that creativity and willingness to jump out with risks in the TV series were bound to bleed into the film department at some point.

​2019: The Gold Mine of Original Films from Netflix

2019 was massive for Netlifx’s movie credentials. Suddenly they took that risk-taking quality from their shows and began giving filmmakers chances to make the movies they wanted with big budgets. After laying a foundation of hundreds of light films with a few high-quality hits, Netflix seemed to now shift their focus on crafting great films that could have major ramifications for them and the film industry as a whole.

Related article: Please Sign This Petition as Netflix Must Renew ‘Anne with an E’: Why Fans Are Rightfully Obsessed

In one year, Netflix matched its total quantity of award-worthy films and more: The Irishman, Marriage Story, Dolemite is My Name, The Two Popes, Atlantics, Always Be My Maybe, El Camino: A Breaking Bad Movie, Klaus, and High Flying Bird. That is a lot of quality filmmaking for a single studio in just one year. And now, Netflix’s second-tier films with more mixed receptions could also flourish, no longer having to hold the weight of being the “best we have to offer.” Underrated releases such as Triple Frontier, The King, The Highway Men, Velvet Buzzsaw, and Murder Mystery are certainly worth a watch and all have some valuable attributes making them solid “B” or even “A-” movies held even higher thanks to the top tier films mentioned above.

These originals were absolutely necessary for the survival of the streaming service. With Disney getting into the business, nothing short of a plethora of original content would surmount the challenge of competing with a juggernaut as beloved as Disney is. 2019 proved to be the year that Netflix struck gold in the film industry.

And I mean that almost literally…

Bundle of Gold Statuettes for Netflix

I may not love that awards are held as the end-all in many cases for marking how good a movie really is, but I’d be lying if I said award recognition doesn’t help one’s career or a studio’s standing with the public. For whatever bogus reasoning, many didn’t think Netflix counted as true filmmaking, and many have even wondered and written pieces as to why that’s been the case. But even the detractors couldn’t ignore the year that Netflix had, and anything less than Oscar recognition would have likely been a let down for the streaming service. For years those one or two gems would be completely ignored based on the studio name alone it felt. But Roma broke through that barrier for Netflix in 2018 with Best Director and Cinematography, opening the door for the floodgates at the latest awards.

The Academy even considered cracking the whip on streaming services in 2019 so as to hurt those studio’s chances to win Oscar gold, but thankfully voted to keep things the way they are. Inevitably, Netflix won gold at both the Golden Globes and Oscars and could no longer be counted out of the big picture when it comes to the future of filmmaking. Marriage Story won Best Supporting Actress, but in reality, it was the number of nominations they scored that set them apart. Had they been nominated for the lone award and won it, that would have severely changed the way people talked about Netflix, but instead, they rocked a first-place 24 nominations resulting in a number of articles from writers either in shock or praising the studio for making it this far.

Some have argued that Netflix will lead the charge and make movie theaters unimportant as the industry makes a clear shift (though I don’t think the movie-going experience can ever be replaced), one thing is for certain: Netflix found their groove and may just be the new whale to fear in the sea studios. As Disney tumbles and even bleeds during the COVID-19 epidemic, Netflix is taking advantage of those who go to their service for entertainment and rising further with each passing day. Could Netflix take the leap to overtake Disney as the studio impacting culture like no other? Buckle up everyone, it’s a new day in cinema. And does the new Academy Awards regulations which do not require theater screening days – mean that Netflix will be fully accepted and taken seriously by everyone? Steven Spielberg?