‘A Quiet Place Part 2’: Everything We Know About the Anticipated Horror Sequel 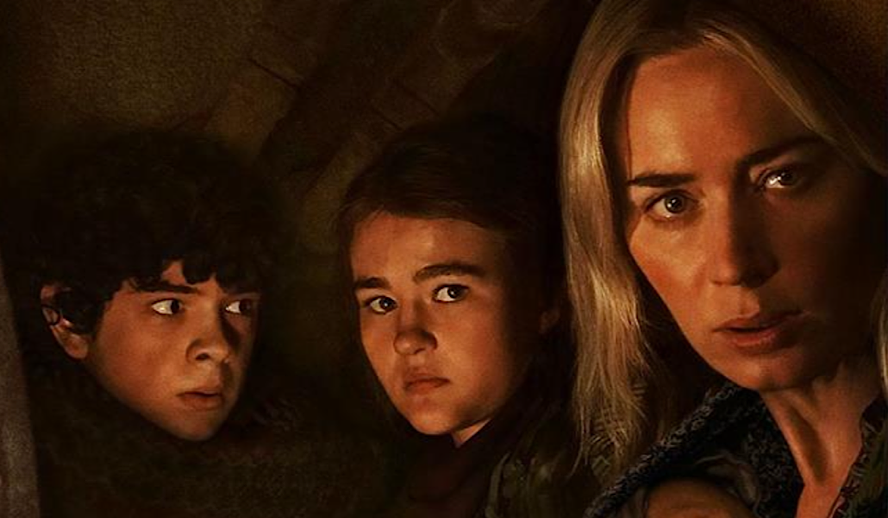 Seeing the real-life married couple—John Krasinksi and Emily Blunt—playing a fictional married couple on screen worked surprisingly well—featuring moving and memorable performances—and showcased obvious chemistry between the two actors. Krasinski also juggled multiple roles for the film—he impressively directed, acted, executive produced, and helped with the film’s screenplay. Although Krasinski actually made his directorial debut way back in 2009 for his adaptation of David Foster Wallace’s ‘Brief Interviews with Hideous Men’ (a stellar written collection of stories, by the way), Krasinski’s directing career was arguably catapulted by the success of 2018’s wonderfully original horror-drama.

Originally scheduled to release last year on March 20, Paramount Pictures was forced to delay the sequel to a later Sept. 4 date due to the ongoing COVID-19 pandemic. Paramount was initially hopeful North American theaters would reopen in Fall 2020 but was forced to delay the film again to March 20, until finally settling on an April 2021 date. With (presumably) only three months left to the anticipated sequel’s long-awaited release, here’s everything we know so far about Krasinski’s ‘A Quiet Place Part II’:

Krasinski Reprises His Role as Director

Just like for the original film, Krasinski returns as the director for the freaky alien-themed sequel. Known primarily for his role as Jim Halpert from NBC’s hit comedy series ‘The Office’ (which was recently pulled from Netflix and switched to NBC’s recently launched streaming platform Peacock), Krasinski made headlines for his strong directorial performance in ‘A Quiet Place.’ He also wrote the sequel’s script, juggling multiple roles just like he did for the original.

Krasinski’s Character Will Return in ‘Part II’…Sort Of

For those who’ve seen ‘A Quiet Place’ (SPOILERS AHEAD), viewers may be surprised to learn that Krasinski’s character, Lee Abbott—who tragically ended up sacrificing himself to save his family from the deadly creatures—is actually set to return in the film’s sequel… via flashbacks. During an appearance on Ellen DeGeneres’ talk show, Krasinski talked about his character’s fate from the first film and how Lee Abbott will be integrated into the sequel. He specified that Lee won’t be brought back to life somehow, nor that the events from the first film will change.

Instead, Lee’s flashback in the sequel will be used to explain how “the world went silent”: “It’s one of those things where I wasn’t really going to do a second one because the first one was such a personal experience. It was my love letter to my kids, which looks insane now that you’re watching that. It was really important for me to continue the metaphor, and so we actually start dealing with how this all started.” Emily Blunt further elaborated on the flashback scene, stating how “…you really get a sense of what the world was and what the family was before it all happened.”

Needless to say, Krasinski’s method of resurrecting his dead character to further build the mysterious world surrounding ‘A Quiet Place’ sounds genuinely exciting, and for fans looking to learn more about the Abbott family prior to the “apocalypse,” the sequel is all but guaranteed to provide some answers.

Krasinski Didn’t Originally Want to Do a Sequel

Surprisingly enough—despite the original film’s overwhelming success at the box office—Krasinski was reportedly hesitant on filming a sequel. The star stated that he “…totally understood why the studio wanted to do a sequel for financial reasons. I didn’t want anything to do with it because, weirdly, as much as I’m the writer-director, I’m also a huge fan of this movie. I didn’t want to be a part of anything that would be viewed as a cash grab.” However, after being asked by producers to at least try writing out a new outline, Krasinski started tinkering with an idea for a story, and joked about finding himself “Jedi-mind tricked into directing this thing.”

Even his wife and co-star, Blunt, agreed by saying “it became very apparent that we’d be idiots not to do it. Ultimately, you will never catch the [same] lightning in the film, but there is a bigger world.” Whether or not Krasinski’s decision to return for a second installment proves to be a success will have to wait to be seen, but judging by his statements, it does sound like the sequel has the potential to (hopefully) be as strong and wildly original as its predecessor.

In addition to Emily Blunt reprising her role as Evelyn Abbott, and Krasinski as Lee Abbott, Millicent Simmonds (Regan Abbott) and Noah Jupe (Marcus Abbott) will return as the older Abbott siblings. Regarding new cast members, Cillian Murphy (‘28 Days Later,’ ‘Peaky Blinders’, who will play Emmett) and Djimon Hounsou (‘Blood Diamond,’ ‘Guardians of the Galaxy’) are set to play survivors in the sequel who come across the remainder of the Abbott family. In the sequel’s trailer released early last year, Murphy’s character (Emmett) tells Evelyn “I don’t know why you came all the way up here. There’s nothing left,” to which she responds, “There are people out there worth saving.” Other credited cast members include Lauren-Ashley Cristiano (who’s listed as Emmett’s Wife) and Zachary Golinger (Emmett’s Son). Krasinski described Emmett’s character as a kind of contrast to the Abbott family, stating his role represents “survival in its purest form—which is really, really dark.”

‘A Quiet Place Part II’ is currently set to release in theaters on April 23, 2021. Whether or not it will be available to stream shortly thereafter will have to wait to be seen.

The latest trailer for the anticipated horror sequel can be viewed here, and for those wanting to either revisit or watch the original for the first time, ‘A Quiet Place’ can be rented on streaming platforms such as Amazon Prime Video and Vudu.