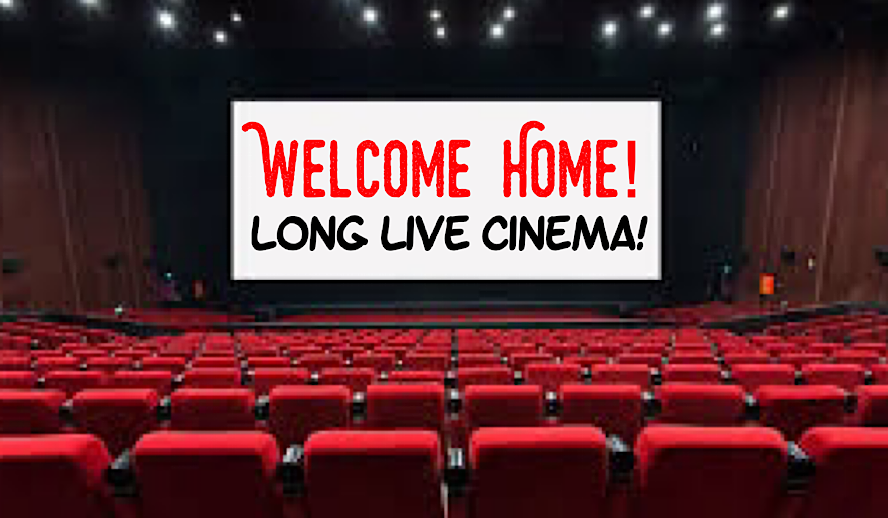 It’s been more than a year since COVID-19 first stepped foot in the United States, and things are finally looking up for the better. Vaccination rates are steady, cases are low, and a myriad of businesses and institutions are being given the go-ahead to reopen. Among those institutions are entertainment centers – namely movie theaters. Theaters suffered declining admissions rates even before the pandemic, but ultimately, the international crisis called its ultimate demise. Or so we thought.

The conversation around movie theaters, and if they will be able to get back on their feet post-pandemic, is one with voices on both sides. On one hand, the pandemic simply quickened the already deteriorating theater industry (keep in mind, film itself is alive and well, especially through streaming services), so the logic goes to show that it won’t be returning to its former glory. This can also be evidenced by the closure of the Arclight Cinema chain and iconic Cinerama Dome theater in Los Angeles, two beloved movie theater locations which were unexpectedly shuttered last month. However, on the other hand, there’s the argument that being pent up in quarantine for over a year will encourage audiences to go to the movies the fastest they can.

As of this week, ‘A Quiet Place: Part II’, the John Krasinski sci-fi flick starring Emily Blunt and Cillian Murphy, is the most successful film of this past year. The film premiered on May 28th, 2021, and with just a little over two weeks under its belt, has now surpassed a $100 million gross. For comparison, ‘Godzilla Vs. Kong’ is slated to soon pass the $100 million mark as well, but it’s been out for around three months in comparison to ‘A Quiet Place: Part II’’s 15 days.

While this is attributed to a variety of factors, such as the fact that theaters were not fully open when the ‘Godzilla Vs. Kong’ was released, this is still an incredible achievement. This is because ‘A Quiet Place: Part II’ is a relatively inexpensive film with a small-scale, focused story. But still, audiences’ dedication to the source material triumphed. So, in a way, this can also be seen as a win for small, independent films, who still fight to be seen against the tentpole blockbusters.

But back to the pandemic significance. Not only is the $100 million box office far more than Paramount projected for the project (the studio behind the film), it’s a startling success for the industry as a whole, showing that audiences do indeed want to return to movie theaters. As Comscore’s Paul Dergarabedian says, this “proves not only the power of the horror genre to draw audiences, but that the prestige and exclusivity of a theatrical-first release is undeniably without peer in terms of its ability to deliver huge financial dividends and long-term rewards.”

In short, the success of ‘A Quiet Place: Part II’ is a huge win for the film industry – and one that was desperately needed to ensure its continued success. In an industry so based on word of mouth, theatergoers’ positive experiences and renewed energy with the activity will no doubt encourage others to return to theaters as well, causing a chain reaction of upward ticket sales.

But let’s look at the other side of the argument. In this new pandemic and post-pandemic age, streaming services reign king. And, during the pandemic, many protocols were implemented to further ensure this hierarchy. For example, many streaming services such as HBO Max and Disney+ now allow same-day release viewings on their streaming platforms, in addition to the option to view the film in theaters. So, if you want to watch this weeks’ ‘In the Heights,’ you can either go to a theater or simply watch it at home. Even theater exclusive releases will now only be in theaters for 45 days before popping up on its respective studio’s streaming service.

Of course, this shortened theatrical window and lack of theatrical exclusivity will hurt movie complexes – and that can already be seen in Disney’s newest release, the punk-rock ‘Cruella’ film starring Emma Stone. While the film was received well by critics and fans, it simply didn’t do very well in the Box Office, grossing around $50 million at the time of this article. This could be attributed to the fact that many opted to watch it on Disney+, which makes sense, since the film is family-oriented. Why go to a theater and pay more for tickets for the entire family, when you can watch it at home for a $30 flat fee? Better yet – the option seems reasonable for families still worried about going to theaters, what with unvaccinated children.

The choice to watch ‘Cruella’ in a theater versus at home can seem simply up to personal preference – but with the film being available to all Disney+ users on June 25th, less than a month after a release and without the $30 fee, the decision becomes far easier. With options like this, will audiences really go back to theaters at all?

Will Movie Theaters Ever Be the Same?

Juxtaposing the successes of ‘A Quiet Place: Part II’ and ‘Cruella’ provides conflicting conclusions. In fact, the two almost directly contradict each other. In retrospect, perhaps it’s all about theatrical exclusivity. Since ‘A Quiet Place: Part II’ is only available in theaters at the moment, not on a streaming service, audiences will have to go to theaters to watch it. However, ‘Cruella,’ which is available in both theaters and on streaming services, supports the streaming industry far more.

Nevertheless, we are coming out of the pandemic age, and things are bound to change. Only time will tell if our COVID-19, at-home viewing habits have permanently changed the way we consume media, or if we will jump back to movie theaters with renewed nostalgia. One thing’s for sure, though, and that is that movie theaters are making a comeback. Will it be to the level it was before? Maybe not, or maybe not just for a while. But ‘A Quiet Place: Part II’ makes a strong case for the movie theater revival. In my humble opinion, I believe that movie fans needn’t give up hope. That being said, it will be important to actually go and see a movie to support both your local theaters and big chains like AMC and Regal. If audiences show they miss movie theaters, the industry will follow suit.