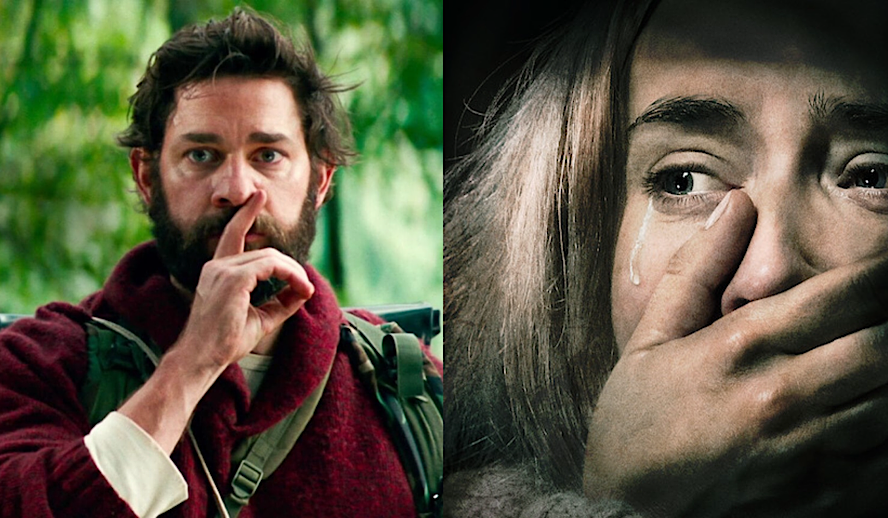 Three years ago in April 2018, ‘A Quiet Place’ premiered in the United States. Written and directed by John Krasinski, this film told the story of a family struggling to survive in a world without sound; The Abbott family is constantly hunted by blind monsters with extremely sensitive hearing, and every sound they make puts them at risk. This film premiered to high critical and commercial success, grossing over $340 million worldwide and critics giving high praise for the chilling and imaginative story. The American Film Institute even chose it as one of their top ten films of 2018.

Now, three years later, a sequel comes to bring the horror back into theaters. ‘A Quiet Place Part II’ is finally out, releasing during what feels like close to the end of the COVID-19 pandemic in the United States and as an effort to bring an influx of people back to theaters nationwide. While the jury isn’t out yet on its commercial success, many critics have so far praised the sequel for being just as tense as the previous film, with it being considered a worthy successor. So, what is it about these films that make them so effective as horror movies? Why was ‘A Quiet Place’ so loved by audiences and considered a “must-see” at the theaters? Let’s take a deep dive into the factors that make this franchise so effective.

Full Commentary from Stars & Director on the Sequel

One obvious answer lies in the main star of the whole production. Before the release of this film, John Krasinski was not some unknown actor and filmmaker. He had directed films like ‘Brief Interviews with Hideous Men’ and ‘The Hollars’. What he’s truly known for, however, is his role as the lovable, mild-mannered paper salesman Jim Halpert on the show ‘The Office’. His character helped bring the show success and skyrocketed Krasinski into stardom. With the release of ‘A Quiet Place’, his name attached to the project made it even more intriguing. I mean, who doesn’t want to see Jim Halpert run from giant monsters in the post-apocalypse? It’s a heck of a premise.

Star power is equally important in terms of his co-star, the ever-talented (and also the spouse to Krasinski) Emily Blunt. Blunt is a famous actor in her own right, making a name for herself in big sci-fi movies like ‘Edge of Tomorrow’ or ‘Looper’, along with musicals like ‘Mary Poppins Returns’ and ‘Into the Woods’. By now, she’s a Hollywood movie star, and her chemistry with her husband is unmatched. Together, the couple makes a powerful draw for audiences.

‘A Quiet Place’ – The Power of Sound

The real big draw for ‘A Quiet Place’, however, lies in the sound design. Sitting down in a movie theater, you never realize how much noise you really make: the whispers to your friends next to you, the obnoxious munching on popcorn, the ever-occasional shift as you move around in your seat for comfort. Usually, you don’t think too much about it because the sounds you make are minimal. The sound of the movie drowns them all out. But when it comes to this film, that is absolutely not the case.

In ‘A Quiet Place’, the sound is everything. Most films come with, you know, actual noise present. This movie is something different. As per the story, the monsters hunt people by sound, making every sound made by these characters a death sentence. So, in order to survive, the characters make as little sound as possible. This results in a very intense movie where everyone is always on high alert, and also a film with little to no sound at all. With no sound, the moviegoing experience is completely changed.

Every move you make inside that theater is now heightened. I never realized how much noise I made in a theater until my first viewing of the film, as the sound of whatever movie I was watching would always block it out. Now, in a film where everybody tiptoes and everything is soundproofed, I find my popcorn-munching deafening; Every time I had shifted around in my seat, the sound echoed throughout the entire theater. It was absolutely nerve-wracking, and I loved feeling that much aware of my own presence.

And this is how it was with the entire audience. Throughout my showing, I would hear people across the theater attempt to chew slowly to avoid noise, or give a quiet sip of a drink three seats over. It made for a fun experience in the theater, watching a film as gripping as this and also watching everybody learn how to silence themselves, similar to the characters in the movie. That all goes to show how effective and refreshing it is to see a film use sound design the way this one does. Krasinski and his team carefully crafted the use of sound here and it heightens every aspect of the viewing experience in the best way.

Not only does ‘A Quiet Place’ effectively use sound to highlight the amount of noise people make daily, but it also provides an interesting idea for a horror film. As the Abbott family struggles to survive in a noiseless world, they communicate with one another through American Sign Language (ASL). It’s smart, as it allows the characters to have full-on conversations in complete silence, and allows for more creativity in the film.

How often do you see a film where almost all of the dialogue is presented in sign language, much less a horror film? It creates a fresh, new version of one, one that hasn’t been done before on the big screen and that feels wholly original. Original ideas feel rare in Hollywood, and this movie, along with Krasinski and fellow co-writers Bryan Woods and Scott Beck, deserve the applause.

‘A Quiet Place’ was a success for many reasons, mainly due to the interesting way that sound is presented throughout the film. Krasinski’s work thus far with the budding franchise has been stellar, with ‘A Quiet Place’ earning a 96% on Rotten Tomatoes and its sequel earning a 91% respectively. It’ll be worth paying attention to what comes next for him and this film series, as audiences are hooked on the new take on horror that they provide. But for now, if you decide to watch ‘A Quiet Place: Part II’ in theaters, be ready to eat and drink quietly.