Hulu or Netflix: A Discussion of What Each Streaming Service Brings to the Table 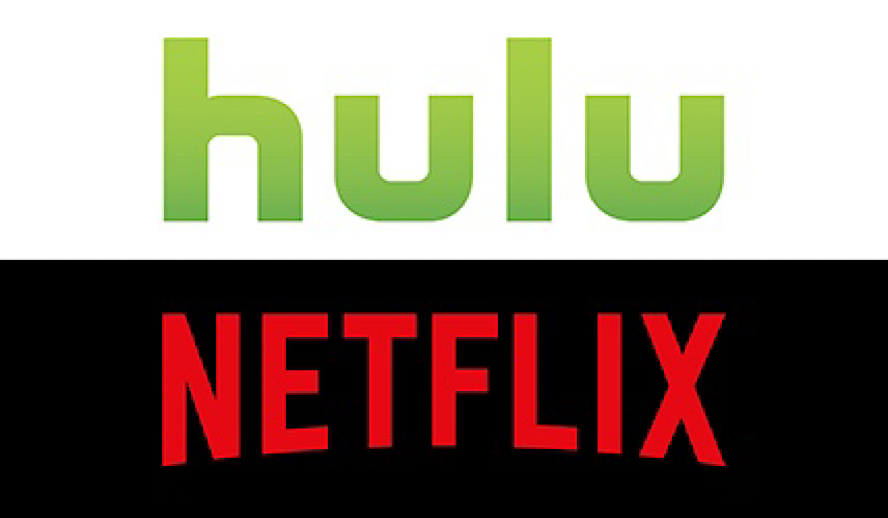 Are you team Hulu or Netflix? For some, this has become a daily debate amongst coworkers, friends, and family because of the wide variety and differences between the two streaming platforms.

The no advertisements option for Hulu was chosen because, with the Netflix subscription, you will not have any advertisements, but Hulu does also offer a $5.99 subscription with advertisements. Some people may already say that this difference in pricing for similar services is what makes Netflix better, but it truly comes down to whether you want to spend the extra dollars to avoid commercials or not on Hulu.

If you are one to scroll through streaming platforms for hours upon hours searching for something to watch, it might seem obvious that Netflix carries a more vast amount of streaming content than Hulu. Netflix does not release the exact amount of content that is on its platform at a given time, but for the most part, it deems true that Netflix has more content overall than Hulu at any given time.

So far, you might be thinking that Netflix is the better option here because of the lower price and overall more content. However, don’t forget to consider the vast difference in the content on both platforms as there are many television shows and movies you can find on Hulu, but not on Netflix and vice versa.

If you’re the kind of person who enjoys watching something new and original every once in a while, then both Netflix and Hulu are the right platforms for you. Netflix and Hulu both create their own original content for subscribers to watch, so this part of the debate is, for the most part, equal. Keep in mind that both Hulu and Netflix are releasing various originals in different genres, so it is a win-win in this aspect when choosing either of the platforms.

What works for you?

If you’re not sold on which platform to choose for yourself, consider some of these different genres. The top three most popular genres of content in America are: adventure, action, and drama. What genre do you find yourself watching the most when you’re at home or the movie theater?

Both Netflix and Hulu are packed full of amazing content in both of these categories, but once again, it comes down to your preferences and which platform contains more of the content you prefer.

If your first pick is adventure movies or television shows, along with many other Americans, then here are some different popular options offered on both of the platforms. On Netflix you can find all three of the ‘Back to the Future’ movies, ultimately providing you the most binge-worthy session ever.

On Hulu, you might enjoy a classic adventure television show like ‘Fear Factor’ or 34 seasons of ‘Survivor’ which would also be a nice way to relax on the weekend. Okay, maybe relax isn’t the best word, as it is known that both of these shows can be pretty freaky at times.

Nevertheless, you will definitely be entertained with either Hulu or Netflix in the adventure category.

On Hulu if you are more into action anime then you might enjoy ‘My Hero Academia’ or if you don’t find yourself choosing anime also check out the funny action movie: ‘Kick-Ass.’ The best part of both Hulu and Netflix so far is that no matter the genre you’re interested in, you’re bound to find a diverse amount of options that will fit whatever mood you’re in at the moment.

If you enjoy watching drama movies or television shows that, at some points, bring tears to your eyes, then you might love some of these drama options. On Netflix, you’ll love ‘Bird Box’ or ‘Orange Is the New Black.’

Hulu has some classic different drama options, such as ‘Ugly Betty’ or ‘Desperate Housewives,’ which will both provide you with the necessary drama television content that everyone needs from time to time or always.

It’s Truly Up to You

Hopefully, these facts and different options have helped you decide whether you want to subscribe to Netflix or Hulu. If they have, then hopefully, you will begin your binge-watching session of ‘Drake & Josh’ or ‘The Walking Dead’ as soon as possible, don’t forget a snack.

If you’re still not so sure which platform might be best for you, consider coming up with some of your all-time favorite movies or television shows and finding out which platform has the most or least of your options, which might help guide you to your new favorite streaming platform. Choosing the right platform can be extremely difficult, so it is also essential that you remember that Netflix and Hulu let you cancel at any time unless you sign up for some kind of year-long subscription plan.