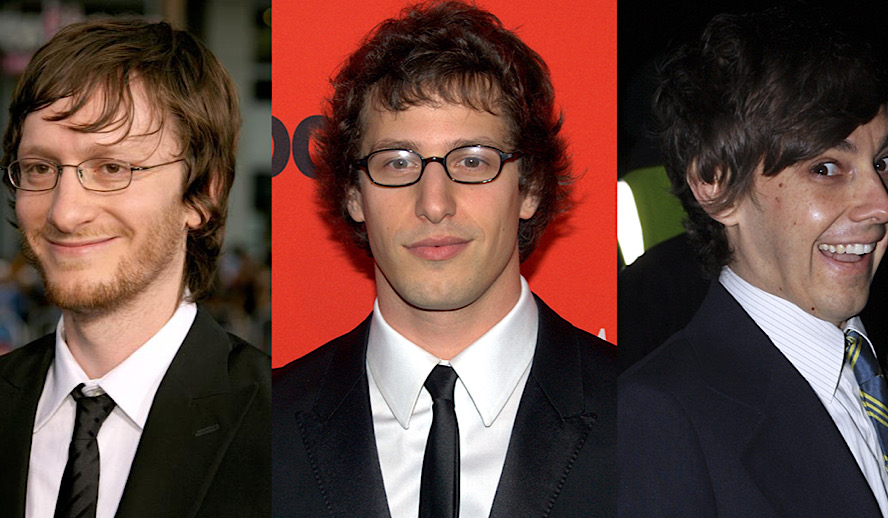 Akiva Schaffer’s Hot Rod (2007) introduced a refreshing new style of comedy in a debut feature film from three powerful and talented young voices, The Lonely Island. The Pam Brady written coming-of-age sports comedy is full of slapstick comedy that’s Adam Sandler-esque, witty and memorable quotes that almost seem co-written with Tina Fey, and physical comedy that’s reminiscent of the great Jim Carrey. Even though these influences can be detected, their style is still distinguishably unique. The film follows self-proclaimed stuntman Rod Kimble as he, with the rest of his crew consisting of Jorma Taccone, Danny McBride, fellow SNL cast member Bill Hader, and Isla Fisher tries to raise enough money to get his step-dad a heart transplant so he can fight him fairly. There’s action, adventure, conflict, romance, and transcendent comedy, all executed with high quality; all the ingredients audiences generally love about movies.

The quality is unquestionable, considering a big enough audience has grown since its release to propel this film to cult classic status, which brings into question how the film could have been a box office failure; made on a $25 million budget, but only grossing $14 million. Although they did many creative projects together and individually, the trio didn’t make another film together until nine years later when they released their first “pure” Lonely Island movie where they were behind all the creative aspects and in control of them; the critically acclaimed Judd Apatow produced Popstar (2016). The only thing they weren’t in charge of was the marketing of the film, which they validly claim is the reason for the film’s lack of box office success. The film follows Connor, a naive and overtly confident musician whose music career isn’t going the way he wants it to, and due to challenges with friends, partners, and himself, he struggles to revive it.

With the same comedy Lonely Island is known for, just matured and in full power, the film prompts endless laughs throughout. The mature artistry of the trio also shows, with the film having a captivating story that parodies documentaries about real-life musicians during that era, and also has a heart that almost seems self-reflexive of the group’s true-life friendship. It’s truly an amazing movie, and only four years old at that, which means it’s still fresh enough to be given the credit it deserves of being one of the most underrated and transcendent comedy films of this decade.

How The Lonely Island Formed

A characteristic The Lonely Island possesses that makes them such comedic heartthrobs is that they are childhood best friends. It’s clear their love for one another is deeper than being creative or business partners, and that the three synchronize harmoniously mentally, emotionally, and creatively in a way not many do. The trio are a fondue of creative comedic genius, from a proven ability to write natural and compelling storylines with overarching comedic gags, to their performances always fitting within the situation and landing every joke they wrote. Then there are the videography abilities that they truly hone, and what separated them from other internet sketch comedy groups at the time. Andy Samberg is a graduate of NYU’s Film program, Akiva Schafter graduated from the University of Santa Cruz with a degree in film, and Jorma Taccone got a Theatre Degree from UCLA. Samberg also performed stand-up comedy, so he was exercising his performing skills as early college, while also learning cinematic techniques from one of the most coveted film schools in the world.

Schafer, who has directed numerous projects, was able to match Samberg’s education with a mastering of videography and editing. Taccone must have extracted key information on performing, beat structure, scripting, directing, and making acting entertaining and engaging, which are all elements integral to The Lonely Island’s high-quality projects. They all moved to LA together in the early 2000s after college in an apartment that they called the lonely island. They then created a sketch comedy group with that very name and began posting videos on the internet through their own website. The trio quickly stood out due to their videos seamlessly and uniquely mastering all areas of comedic video content creation, with very little to no technical or performance errors.

The Cinematic Careers of The Lonely Island Have Been Critical Successes, But Not As Commercially as They Deserve

Just four years after posing their first video online, they were asked to audition for Saturday Night Live, where Schafer and Taccone were hired as writers, and Samberg was hired as a performer. Their digital shorts swept audiences internationally, and ballooned the at-the-time new website, YouTube, into the sensation it is today. They were a breath of fresh air on SNL, who had been battling with bad ratings for almost a decade at that point. During their tenure at SNL, they came up with some of the most classic sketches in the show’s history, such as MacGruber, which Jorma Taccone later co-wrote and directed into a feature film. They were internet sensations and were beloved by millions around the world, yet their films were not able to garner the same favorability. Andy Samberg starred alongside Adam Sandler in That’s My Boy (2012), the Hotel Transylvania trilogy, and Brooklyn Nine-Nine (2013). Schaffer directed The Watch (2012), starring Ben Stiller, Vince Vaughn, and Jonah Hill. Taccone has directed two episodes of Parks and Recreation and five episodes of The Last O.G.

On a side note, their music careers have been met with enormous critical and commercial acclaim. They have released three music albums together, one of which was nominated and Grammy, and the rest featured songs that were nominated. Their music videos have featured some of the biggest stars in the world and garnered record-breaking views on the internet. Their versatility is fascinating, and it’s built them up to the position they’re now in; heads of their own production company

Grown, married, and parents; The Lonely Island aren’t quite the wild rambunctious, experimental weekly video makers they once were. They’re much more calculated now, with their new time devoted to wives and children appearing to help let their ideas marinate, mature, and blossom better than they ever have before. Andy is married to award-winning musician Joanna Newsom and they share one child together. Jorma is married to trailblazing director Marielle Heller who directed the Oscar-nominated film A Beautiful Day in the Neighborhood (2019), the two also have one child. Schaffer is married to legendary comedian Liz Cackowski, and they have two children together.

Even though they’re continuously pumping out new content, the trio has stepped back into the producer role the past few years. They’re behind widely popular and acclaimed projects such as: Pen15, I’m Sorry, Kyle Mooney’s Brigsby Bear (2017), and I Think You Should Leave with Tim Robinson. Their most recent project was the successful Palm Springs (2020), which set a sales record at Sundance. Other than their produced TV shows and films and individual projects, the last time they were together was in 2019 when Samberg and Schaffer starred in and produced, while Schaffer even co-directed and edited The Unauthorized Bash Brothers Experience (2019), but with Jorma too, it’s been since Popstar. They did go on a music tour in 2019 too, so it may be a while before they make something else together, which is completely understandable considering their impressive resume in just the past fifteen years. They’ve made historic and pioneering stamps for themselves, and now they’re doing the same for others. They are Midases of comedy in a world that takes a long time to realize what gold is when they see it. Fortunately, they seem to be breaking that barrier of career establishment and amplifying once again to being trailblazers.