Who Are The Groundlings, and What Makes Them So Famous? 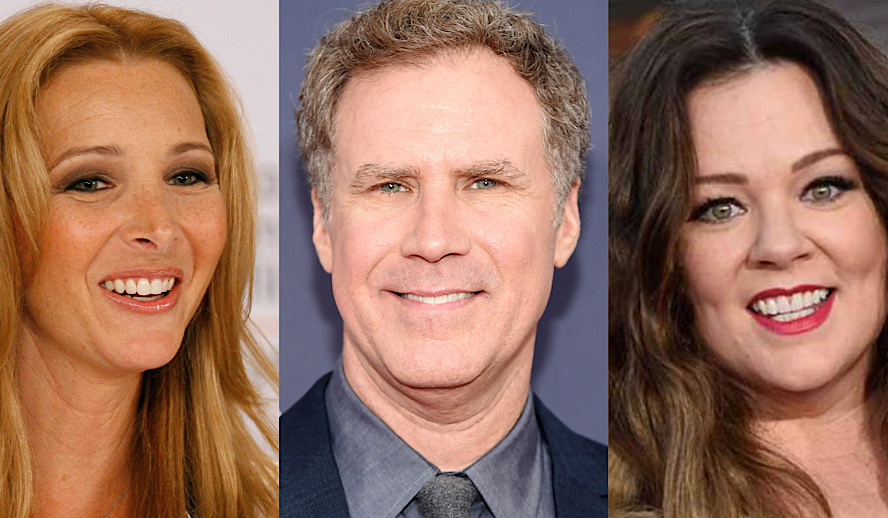 For fans of ‘The Office’, there was possibly no greater gift than the release of ‘Office Ladies’, a podcast where Angela Kinsey and Jenna Fischer recount their time on the hit mockumentary through an episode-by-episode walkthrough. Very quickly, it is established that while Fischer has very traditional roots in theatre and serious method performance, Kinsey relishes in the fact that she is a skillful improv comedian- which helped a great deal in playing the uptight, pretentious Angela Martin. In fact, she notes in episode 29 (Gay Witch Hunt), she met fellow cast member Oscar Nuñez while performing in Los Angeles’ very own Groundlings troupe.

Not only have Angela Kinsey and Oscar Nuñez passed through The Groundlings, but it seems to be a powerhouse for shaping the next generation of comedians: Kristen Wiig. Will Ferrell. Melissa McCarthy. Maya Rudolph, Lisa Kudrow, etc. The list could literally go on for ages. So, who are these Groundlings, and what gives them their star-power?

Gary Austin Jr. pieced together The Groundlings in 1974 as a simple way for performers to work on their craft- it was a space to experiment, the ultimate no-judgment zone for comedians and actors alike. As word quickly traveled around Los Angeles and their shows attracted larger audiences, a formal “core group” of their best and brightest performers was established to perform their own original work. They were the first main company, the “Groundlings” themselves, and it was the beginning of something much larger than anyone could predict.

Driven to create something greater than a simple theatre troupe, Gary Austin Jr. created a company with his main players (admission fees were $25 and a witty sense of humor) to begin workshopping a full show. Their first official performance was in a thirty-seat basement of the Oxford Theater, and the comedy world was finally taking notice. In 1978, the official Groundlings School of Improvisation was introduced. Class of ‘78 was only seventeen students wide, Gary Austin Jr. enrolled himself, and the school now boasts almost four thousand students a year.

The Conception of ‘The Pee-Wee Herman Show’

One cannot go far in discussing The Groundlings’ legacy without mentioning ‘The Pee-Wee Herman Show’. Main Company player Paul Reubens had been workshopping an effeminate, fun-loving character for quite some time among his fellow cast members before ‘The Pee-Wee Herman Show’ was added to a Saturday night lineup. What was supposed to be a brief addition of a more traditionally scripted show to the Groundlings improvisation exploded into one of comedy’s largest global phenomena- Pee-Wee Herman was more than a character, he was a manifestation of child-like joy in the body of a spry man. This led to ‘Pee-Wee Herman’s Playhouse’, a show geared towards children that ran for five seasons, and three subsequent movies. Without The Groundlings’ influence on Paul Reubens, the world might not have ever known the sheer delight of little Pee-Wee Herman.

After a Groundlings show in 1975, a television producer named Lorne Michaels approached a twenty-two-year-old Laraine Newman about joining the cast of his new late-night comedy show. Upon agreeing, she became one of the original cast members of ‘Saturday Night Live’- and The Groundlings have had a close-knit relationship with SNL ever since. Generally, if you’re looking at a player on ‘Saturday Night Live’, expect some sort of history as a Groundlings member. Most have been Main Players or Sunday Company alumni, others diligently taking classes, and all of them have created beloved characters and sketch plots that stay with the audience long after their seasons have concluded. Conan O’Brien was a Sunday Company player before he went on to write SNL’s The Girl Watchers (starring Tom Hanks) and oh, you know, the Conan O’Brien show. Will Forte originated the iconic MacGruber character after performing in the Groundlings’ main company. Saturday Night Live’s history with The Groundlings is a long, celebrated one.

The Structure of The Groundlings

The Groundlings is divided into two main categories: Their performance troupes, and the theatre school of improvisation. You must audition to begin taking classes, but if your funny bone is feeling particularly humorous, your standing at the school can last up to a year. Within that year, you are free to take classes, learn from the best, and take “labs” that advance you up to your next level. After you pass the critical Advanced Lab, the Sunday Company votes to either let you begin performing on a serious level or your time at The Groundlings has ended.

The Sunday Company performs for the general public every (surprise) Sunday at 7:30 pm in their titular theater, their acts comprised of original and workshopped material. After six months of performing within that sphere, you must get past one more vote to become an official Groundling. The Main Company never exceeds thirty executive members that essentially run the public operations of the school and teach all of the labs to those enrolled in classes. To be a Main Company player is coveted and honored by those who pass through the hallowed halls, and it can act as your first step into a world of revered actors and actresses of Groundlings’ past.

The Next Generation of Comedy

No one can ever be sure of what makes funny people funny- some argue that traumatic events add that certain spice to your life, others say that it comes naturally, and The Groundlings clearly believe that can be honed like any other skill. It is greatly impressive to see a group of performers that continuously band together, time after time, to raise the next generation of comedy from dust and ashes. This improv troupe shows that you do not need a magical golden ticket to break your way into the entertainment industry – there are small, conceivable ways to fit yourself in right where others need you. Since 1974, The Groundlings have been creating a legacy that is much larger than you and I – one that is built on the belief of hard work, good humor, and always taking the first step.

Think you’ve got a shot at being in the next generation of Main Company performers? Get started today!