A Tribute to Joaquin Phoenix: Risen From the Ashes | Oscar Winner 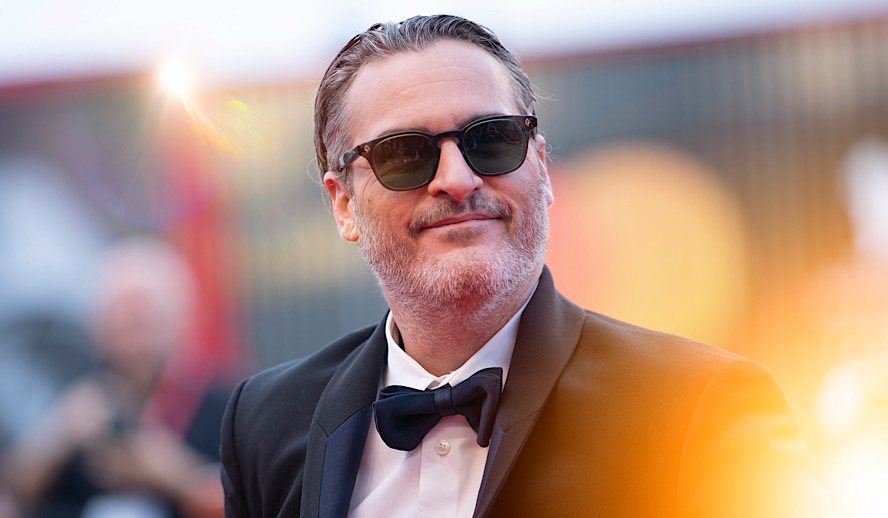 Joaquin Phoenix is the eccentric artist behind so many incredible Cinematic performances. Commodus in ‘Gladiator’, Johnny Cash in ‘Walk the Line’, Freddie Quell in ‘The Master’, and more recently, the Academy-award-winning ‘Joker’ in the most recent character adaptation. What makes Phoenix such a unique actor, and how has he managed to make each performance better than the last?

Related article: A Tribute to ‘Stand By Me’: The River Phoenix Film Still Stands as the Most Iconic Friendship Journey

Though he may be famous for the mystical surname now, Joaquin has not always been a Phoenix. When he was born, his parents were in the midst of traveling across South America and Puerto Rico as missionaries for the infamous ‘Children of God’ cult. Under their original surname, ‘Bottom’, the clan would essentially live a nomadic lifestyle, with the children busking on the streets of Venezuela while their parents preached the word. As you can tell, Phoenix’s childhood was anything but orthodox.

In 1977, the family would finally leave the cult after becoming disillusioned with their practices, and after legally adopting the last name ‘Phoenix’ as a symbol of their collective rebirth, the troupe resettled in Florida for the next couple of years. This was around the same time that the Phoenix family decided to go vegan, after Joaquin and his older siblings witnessed a fisherman brutally throwing fish against a wall of nails. This experience had a profound effect on each of them, and to this day, Joaquin is a devout vegan and animal activist; even going as far as mentioning the importance of compassion towards animals and the natural world during his Oscar reception speech.

In 1979, the rejuvenated Phoenix family would relocate to L.A. and Joaquin’s parents, with the help of an agent, would bring the children into the entertainment industry. Throughout the ’80s, he would land many small television roles and a feature film performance or two, but one of his first notable parts would be as the angst-ridden teen, Gary, in ‘Parenthood’ in 1989. He held his own in the presence of well-known actors like Steve Martin and Keanu Reeves, and though he was only fourteen at the time, it was clear that there was something more to this young, brooding actor.

In a tragic turn of events, Joaquin would sadly lose his older brother River Phoenix to a drug overdose in 1993 outside of the L.A. club, ‘The Viper Room’. The sensationalism of River’s death by the media caused the family to leave the U.S. for Costa Rica, seeking refuge from the barrage of attention during their collective grief. In 1995, Joaquin would finally return to acting under the direction of Gus Van Sant, who had worked with his brother River on the film ‘My Own Private Idaho’ only a few years before. ‘To Die For’ is a black-comedy drama film where Phoenix plays a high-schooler who is seduced and subsequently persuaded to murder by a manipulative TV journalist, played by Nicole Kidman. Following this revival, his career would pick up speed as the humble beginnings of the actor we know today.

A Modern Master of Method

The Academy would first take notice of Phoenix in 2000 when he earned a Best Supporting Actor nomination following his role as the insufferable Commodus in Ridley Scott’s historical epic, ‘Gladiator’. His leading partner, Russell Crowe, would instead go home with the Academy award that night, but it goes without saying that this nomination put Phoenix on the map in a new, sophisticated way.

In the early 2000s, Phoenix would star in two M. Night Shyamalan productions, ‘Signs’ and ‘The Village’. His performances are integral to the quality of both films, crafting atmosphere and tension in the face of unconventional circumstances. In fact, his character in ‘The Village’ – Lucius Hunt – was written specifically for him.

In 2005, Phoenix would deliver a captivating performance as the fabled country star Johnny Cash in the musical drama film,  ‘Walk the Line’, with Reese Witherspoon playing his partner June Carter. Both he and Witherspoon sang all of their own songs for the project, and Phoenix hauntingly embodies that low, dark tone that Cash was so famous for. For this, he earned his first Best Actor nomination from the Academy, but would, unfortunately, lose to Philip Seymour Hoffman’s evocative performance in ‘Capote’. That’s okay, he won a Grammy for it instead.

Fresh off of this critically acclaimed performance, Phoenix would make a surprising announcement: his retirement from acting in order to pursue a hip-hop career. Though it turns out that – ever the committed performer – Phoenix was just embarking on a new, intensive form of role preparation for a Casey Affleck-directed documentary titled ‘I’m Still Here’. The documentary would examine Joaquin’s transition from movie star to rap star. His dedication to and immersion within this project would cement his increasingly eccentric public image.

In his first role since his faux-retirement, Phoenix would star as Freddie Quell – a psychologically disturbed veteran who finds himself joining a Scientology-esque religious movement – in ‘The Master’, where he would go head to head with the aforementioned late, great Philip Seymour Hoffman. Both masters of the vulnerable and absurd, this Paul Thomas Anderson-directed project seems to showcase the best of Phoenix. Quell is complicated, unpredictable, and plagued by memories and experiences unknown. His essence is dangerous, messy, downright primal in contrast to Hoffman’s quiet, patient dominance.

Now, instead of competing with Hoffman, Phoenix would receive a second, much deserved Oscar nomination along with his elder peer. Just a year after, Phoenix would submit a heart-wrenching performance in ‘Her’, as a lonesome man recovering from his separation who falls deeply in love with an AI virtual assistant. Delivering a sincere romantic performance with Scarlett Johannson, Phoenix endeavors into the heart of the film and reaps something authentic and wonderfully tender.

In the intriguingly neo-noirish superhero film,  ‘Joker’, Phoenix is the most recent star to embody the now-familiar DC character. Plagued by the corrupted environment of Gotham and a strange illness that causes him to laugh uncontrollably at inappropriate times, Phoenix so elegantly presents a new foray into madness by a character who feels more like a victim and less like a villain. That’s what’s so special about Joaquin. He doesn’t just familiarize himself with the foundation of his character, he seeks their sad, soft core. He has that sensitivity and emotional intelligence that is so reminiscent of Hoffman. He’s unafraid of prying beneath the semantics of performance, living within the skin of his characters, wearing their terrible flaws like some sort of ritualistic dressing. They are terribly damaged and absolutely gorgeous, just like the rest of us.

A Long, Exciting Future Ahead

Interviews with various actors and directors all seem to share one sentiment when it comes to Phoenix: he, and the various methods that he utilizes to hone his craft, are unique. Unique. This is the core of his power. That sense of strange charisma, and the fearless willingness to portray brutal, beautiful vulnerability. I think that we could all learn something from that.

Now, Phoenix is hot on the heels of an Oscar win and primed for his best performances yet; the world is his oyster now, eternally unintimidated and open-minded towards incredible, complex stories, fans of all genres can look forward to an illustrious career ahead of his already enigmatic legacy.

Audiences can look forward to Joaquin’s next film – ‘Disappointment Blvd.’ – directed by the up-and-coming director of ‘Hereditary’ and ‘Midsommar’, Ari Aster. Little is known about the project, other than that it’s currently in production, and the IMDb description, which describes the premise as “a decades-spanning portrait of one of the most successful entrepreneurs of all time.”