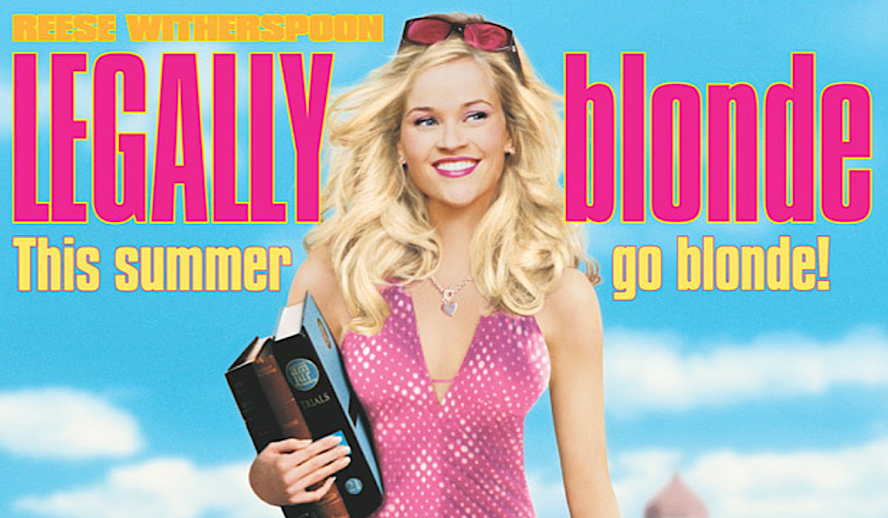 On July 13, 2001, a small-budget comedy whose studio had very low expectations for was released in theaters. It wound up becoming an audience and box office success and would go on to inspire many women to enter careers in law and to stand up for themselves. This film was none other than ‘Legally Blonde’. 20 years later, ‘Legally Blonde’ is still inspiring women and has become an iconic and beloved feminist film.

‘Legally Blonde’ is based on the novel of the same name by Amanda Brown, who wrote it based on her experiences at Harvard Law School as a blonde who was very into fashion and beauty. The film adaptation follows Elle Woods (Reese Witherspoon), a fashion merchandising student and sorority president at the fictional CULA who decides to go to Harvard Law School in an effort to win back her ex-boyfriend, Warren (Matthew Davis), who broke up with her because he thought she was not serious enough to be part of his future life in politics. The film tracks Elle through her first year at Harvard and navigating the stigma that follows her around the school and her internship for one of her professors (Victor Garber), dealing with Warner and his new fiancée (Selma Blair), finding her people, and how she fits in on the East Coast, and maybe even love (in addition to becoming a great law student).

‘Legally Blonde’ And It’s Legacy As A Female Empowerment Film

If ‘Legally Blonde’ has had any lasting impact it’s via its message of female empowerment. Elle’s story shows a woman who will do whatever work it takes to get what she wants. When she decides she wants to go to Harvard Law, she makes that her singular goal and puts all her free time into studying for the LSATs and winds up scoring a 179 which, on top of having a 4.0 GPA and a great slate of extracurriculars, ultimately got her into the school on her own merit (unlike Warner, who sees her as less). Once at Harvard, she puts in the work to understand the content in her classes and rise to the top of her class and realize that she does not need a man to feel successful; she figures out she is an amazing person on her own merit and does not need anyone else to boost her up as such.

This film has inspired an entire generation of women to go for their dreams, especially women who wanted to be lawyers. Reese Witherspoon told the Wall Street Journal in 2017 that, “At least once a week I have a woman come up to me and say, ‘I went to law school because of Legally Blonde’… It’s incredible. You can be unapologetically feminine but also smart and driven.”

The film makes the point that a person can be multifaceted and that women can do it all; a woman can be into fashion and beauty while also being a serious and successful lawyer. Women can do it all if we put our minds to it and Elle Wood is a primary example of that and an example that people responded to heavily at the box office, making the film $141.8 million by the end of its theatrical run. The film also gave women a mantra to live by when people do not think they are capable of something that they absolutely can do: “What, like it’s hard?”

20 Years Later, What’s Come And What’s Next For ‘Legally Blonde’

Aside from inspiring an entire generation of women, ‘Legally Blonde’ has extended its legacy into multiple models of entertainment. Following its commercial success, the film received a sequel in 2003 called ‘Legally Blonde: Red, White, & Blonde’, where Elle makes the move to Washington, D.C. to fight for an animal testing bill to be passed in Congress. Disney also did a straight-to-DVD spinoff called ‘Legally Blondes’, which followed Elle’s British cousins who are identical twins moving into Elle’s Los Angeles home. In 2007, a musical adaptation of the first film made its way to Broadway starring Laura Bell Bundy, Christian Borle, Andy Karl, and Annaleigh Ashford which was nominated for four Tony Awards. The show has also been performed on the West End in London along with many other international productions and several touring productions.

Even though it’s been 20 years since its initial release, Reese Witherspoon is not done playing Elle Woods yet! She confirmed in June of 2018 that a third sequel is in the works for the ‘Legally Blonde’ franchise and that she would be returning to the role of Elle. Almost two years later, in May of 2020, she announced that Mindy Kaling (of ‘The Office’, ‘The Mindy Project’, and ‘Never Have I Ever’ fame) and Dan Goor (best known for ‘Parks and Recreation’ and ‘Brooklyn Nine-Nine’) will be writing the screenplay, saying in her Instagram announcement that, “Some things are just meant to be!”

Kaling talked to ‘Access’ about being asked to write Elle Woods now and the process for it. She told them, “I love Elle Woods as a character and when Reese asked me to write it I was like, ‘Absolutely!’ I can’t wait to see what people will think of the way we wrote Elle Woods. We wrote Elle Woods at 40, so how Elle is at 40 versus how she was at 21 has been really fun to imagine.”

The film is set to release on May 30, 2022, but beyond that, not much else is known about the film, including casting and a director. However, Luke Wilson, who played Emmett, Elle’s eventual boyfriend in the first film and husband in the sequel, told People recently, “Yeah. I’m always up to work with Reese again… We’ll just have to see what happens.”

In every iteration of Elle Woods, one thing has remained the same: that a woman can do whatever she wants as long as she puts her mind to it and is willing to put in the work. That message inspired women 20 years ago when the film was first released and still does the same now. Elle Woods set a fire under a generation and inspired many and will continue to do so in every addition to her story we get.

‘Legally Blonde’ is currently available to stream on Netflix.