Queerbaiting: Our Life Is Not Yours to Profit From | An Anaylsis 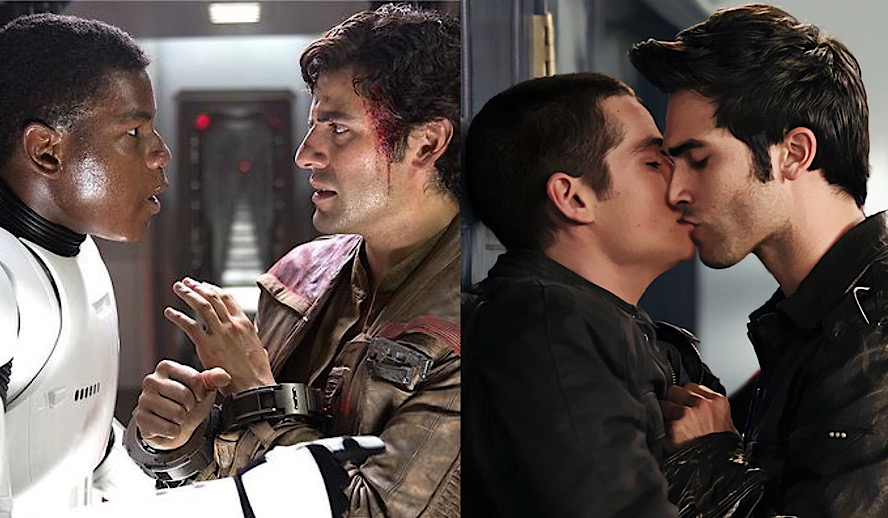 On November 5th, 2020, the TV show ‘Supernatural’ ended one of the most infamous plotlines to be immortalized by the internet: the extremely, extremely slow burn relationship between Dean Winchester and Castiel the Angel. It ends with a tragically unexpected speech from Castiel about how Dean has changed him and his parting words – “I love you” – before he is killed. ‘Supernatural’ has finally given superfans everywhere the closure they were not expecting on a notorious queerbaiting plot.

Related article:  WATCH: “If Your Child Told You They Were Gay/Lesbian, What Would You Do?” – Prince William Confirms He Would Completely Accept His Gay Children – Hollywood Insider’s ‘Messages From America’ – Episode 6

Queerbaiting is defined as “When an author/director/etc. gives hints, and clever twists, to paint a character as possibly being queer, to satisfy queer audiences, but never outright says they are so they can keep their heterosexual audience.” Other examples of this that you might be familiar with is “Kill Your Gays”, Lesbian Fetishizing, and “It’s Just A Phase”! Showrunners, especially ones with a large following, cling to this harmful method of keeping audiences engaged, and stunts like Dean and Castiel’s final moments reaffirm Hollywood’s bad behavior.

There is no reason to play a nine-season long “will they, won’t they,” game with your impressionable audience, especially when the actors portraying the characters have come out to explicitly deny any fan theory that their character is not straight. This hopeless cycle of queerbaiting leaves young people to grow up questioning every aspect of their sexuality and directly affects the way queerness is represented in Hollywood circles.

Here are a few examples: Sherlock Holmes and John Watson’s oddly tense relationship in BBC’s ‘Sherlock’. Lexa getting shot right after she is newly intimate with Clarke on the CW’s ‘The 100’. Quinn Fabray remarking “so that’s why college girls experiment” after being with Santana Lopez on Fox’s ‘Glee’. Eric Foreman’s general personality on Fox’s ‘That ‘70s Show’. A decidedly straight Veronica and Betty kissing on the CW’s ‘Riverdale’. This list is not exhaustive, however, by any means, because if there is a television show or film in the world, it probably has an unconfirmed pairing with too much romantic tension for audiences to ignore.

There is a drastic difference between fans of the show taking matters into their own hands and creating “ships” compared to intentional queerbaiting, however, and this cannot be faulted at the hands of the producers. Popular pairings like Rory Gilmore and Paris Geller from ‘Gilmore Girls’, Arthur and Eames from ‘Inception’, and Emily Prentiss and Jennifer “JJ” Jareau from ‘Criminal Minds’ stem from a place of viewer creativity and finding romance in-between the lines. Although “ships” like these certainly speak to the painful lack of LGBTQ+ representation in Hollywood, there isn’t any inherent queerbaiting in them.

Why is Queerbaiting Unacceptable?

Queerbaiting is harmful for a number of reasons, but first and formost, it invalidates the queer experience. To be a person in the LGBTQ+ community at any age comes with a feeling of being an outcast in society, even as we move towards a more progressive agenda with queer rights and visibility. It cuts a deep wound within the queer viewer to watch characters that have obvious chemistry that is written with careful intent to dance around one another until their time on the show ends, and it’s somehow worse to watch someone get killed or punished immediately after they act on their feelings. By harming their suddenly queer characters, writers and directors send a message that is clear and simple: “Look at what happens when you admit to being gay!”

It can also get tricky when queerbaiting invalidates the queer experiences of bisexual and pansexual people, because it not only creates a society that is seemingly not ready to accept them, but it also makes bi/pan people second guess themselves. This is seen in overly-sexualizing genderfluid attraction, especially with two women kissing solely to appease the male gaze. It becomes confusing to watch characters share your same-sex attraction, only to have it played as a joke or a sexy moment for the show or movie to profit off of. In creating a homosexual relationship for the sole purpose of cheap laughs, showrunners and screenwriters can stunt someone’s growth in the sexuality, or stop it altogether.

Where Do We Go From Here?

It honestly does not take a mountain to appease your LGBTQ+ audience, but that does not mean that you shouldn’t honor their views all the same. By introducing whole, fleshed-out characters that have depth and storyline, a show can certainly function in the modern day and age. Shows like ‘Brooklyn 99’ and ‘Schitt’s Creek’ have started the healing process by introducing gay characters that exist for more than just to be the “token” gay, be killed, or to give the main character a tragic backstory.

If you write characters that shoot one another coy glances on the daily, try having them go on a date. Write storylines that validate their queerness instead of attempting to reinvent the wheel. Treat your LGBTQ+ characters like you would any other, like you like them, like you want to see them flourish and take on a life of their own. Write good queer characters, that’s all we ask.

Rome was not built in a day, and the fads of queerbaiting will not disappear overnight. However, it is up to the writers, producers, and actors of the generation to invade Hollywood and begin to spread an agenda of love, respect, and unity. If we begin to take queer representation seriously, it can allow for a new era of Hollywood that opens itself to more well-rounded content, more people of color and minorities writing and directing, and an age where we will all feel at home, whether it be on screen or watching it from our couches. Live long and be queer, friends.