Daniel Craig and His Performances & Movies: A Look at the Man Behind the Spy 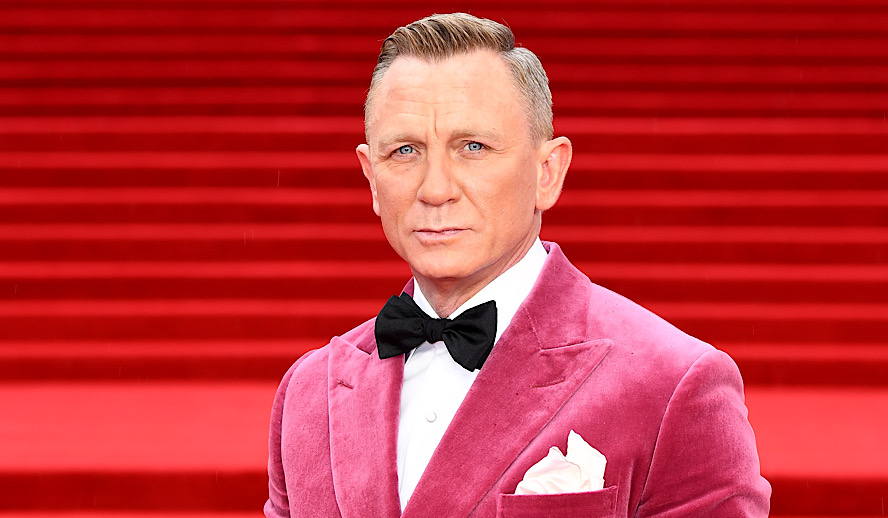 His name is Craig. Daniel Craig. And throughout the last 15 years, he has made a name for himself as the most recent actor to play the world-famous superspy James Bond in the ‘James Bond’ franchise of films. From his first appearance in 2006’s ‘Casino Royale’ all the way to his fifth and final appearance in this year’s ‘No Time to Die’, Craig has seen immense success in the role and many consider him one of the best actors to ever play the role. He completely redefined the character by bringing more emotional depth to the role. With him, Bond became less of a hero with silly gadgetry and more of a skilled spy with a fully-fledged personality underneath.

His films brought the character to new heights and because of this, he’s received worldwide recognition and mainstream success as an actor. But despite James Bond being his most famous role, Craig has shown that he can do more than just jump off buildings and ask for shaken martinis. He’s a genuinely gifted actor who knows how to commit to a performance, and his other roles show that. So, with that in mind, let’s take a look at some standout performances that have made this English actor truly one of the greats.

This role is seen by many to be the one that made him a standout performer and an actor to look out for. In this British television serial drama, he played Geordie Peacock, a man who’s friends with the main character, Nicky, and lives a very turbulent life. He’s emotional, he gets into fights with people and eventually abandons his fiancee to go live a life in London. Getting involved with crime bosses and alcohol, the series shows Geordie’s eventual growing up and maturity as he turns from a young kid in his 20s to a man. ‘Our Friends in the North’ was Craig’s first big role in production this large, and his acting abilities shined through. He was great at honing in on the depth and the inner turmoil needed that Georide carries, and his performance stood out among the others.

‘Our Friends in the North’ was critically acclaimed and considered to be one of the most successful British dramas of the 1990s and one of the best British dramas of all time. It elevated Craig’s career and gave him the boost he needed to make himself known. It was because of this performance that he was considered for the role of James Bond almost 10 years later, and his grounded performance became the first step in an illustrious career in film.

‘Munich’ is a film directed by Steven Spielberg and follows a group of people in 1972 who were hired by the Israeli government to find and kill 11 Palestinians, all of whom were involved in the Munich massacre at that year’s Olympics. Craig played the team’s driver, Steve, a South African man who volunteered to join the group. He often argues with the team’s leader Avner (played by Eric Bana) about the morality of their job, as Steve is confident in killing these people while Avner is hesitant about the murders. This proves to be a great performance by Craig, who does a great job with his South African accent, as his character is locked in and stone-cold about completing his job and assassinating his targets.

This was the first collaboration between Speilberg and Craig (the other being 2011’s animated ‘The Adventures of Tintin’), and it proved to be a success. Spielberg loves to make historical films, and Craig fits right in as the confident Steve. This performance may seem similar to his work as James Bond, but if anything. It’s further proof that the man knows how to act.

David Fincher often brings out the best in his actors, and ‘The Girl with the Dragon Tattoo’ is no exception. The film follows Daniel Craig as Mikael Blomkvist, a man who tries to solve the mystery of a missing girl from 40 years prior with the help of a woman named Lisbeth Salander (Rooney Mara). Just like Spielberg above, Fincher is an established director who knows how to get great performances and that’s obvious with Craig’s performance here. Compared to the stylish outings of ‘Bond’ or the more out-there performances seen in his later work, he’s more restrained here, subdued in a way that feels unusual for our beloved actor.

But that’s what makes this role so great. He has chemistry with Mara, which is important for the effectiveness of the film, and has some slight humorous moments as well. Craig adopted a neutral accent for Mikael so his character would fit in with the Stockholm setting, and his dedication pays off. He’s enigmatic and all drama, and he fits right into the dark mood of a Fincher film. It’s no wonder he beat out actors like Brad Pitt, Johnny Depp, and George Clooney for the role, he’s got the skill.

‘Logan Lucky’ is a film that deserves more praise than it gets, and a lot of that is due to Daniel Craig’s masterful performance. The film is basically a redneck ‘Oceans 11’, but with the main cast of Channing Tatum and Adam Driver, this heist comedy already feels wackier than most. Craig plays Joe Bang, a charismatic and zany expert safe-cracker who’s hired by Tatum and Driver’s characters to help them steal money from the Charlotte Motor Speedway in North Carolina. His performance here is notable for being completely out-of-the-blue for anything he has previously done. With tattoos on his arms, bleach-blonde hair, and a high-pitched hillbilly accent, Craig is almost unrecognizable in the role and that’s what makes his performance so great.

He fits right into the world of the film and is the true standout performance from the cast (all of whom also had great performances as well). Craig was clearly having fun in ‘Logan Lucky’ and all the oddball energy that he supplies makes his comedic moments in this film hit with more zip. He adds to the movie, and it wouldn’t be as good without him.

Similar to ‘Logan Lucky’, Craig’s role here also stands out as an incredible performance in a movie full of them. ‘Knives Out’ is a mystery film that audiences fell in love with back in 2019, due to great writing from writer-director Rian Johnson and the stellar performances of the ensemble cast. Here, Craig plays Detective Benoit Blanc, a man who was hired under mysterious circumstances to solve the murder of rich crime novelist Harlan Thrombey (Christopher Plummer). Despite Ana de Armas’ (who also teams up with Craig again in ‘No Time to Die’) Marta being the protagonist, it almost feels like Blanc is as well due to how magnetic Craig’s performance of the character is. His deep Southern drawl stands out makes Blanc a much quirkier and odd character (someone in the film even compares it to Looney Tunes character Foghorn Leghorn).

Benoit Blanc is notable for being a great detective who slowly but intelligently pieces together the mystery with the help of Marta. His smart sleuthing and stellar detective skills have made him one of Craig’s most notable and famous roles and possibly the new face of a budding franchise, as ‘Knives Out’ has two more sequels on the way. Even if James Bond may be Craig’s most widely-known role, Benoit Blanc is a clear second, and even more proof that Daniel Craig is one of our generation’s finest actors.

Daniel Craig will next be seen in Rian Johnson’s sequel to ‘Knives Out’, which has finished filming and will be released sometime next year.