Brad Pitt is Trending: Why I Am Ecstatic for All the Love From Fans 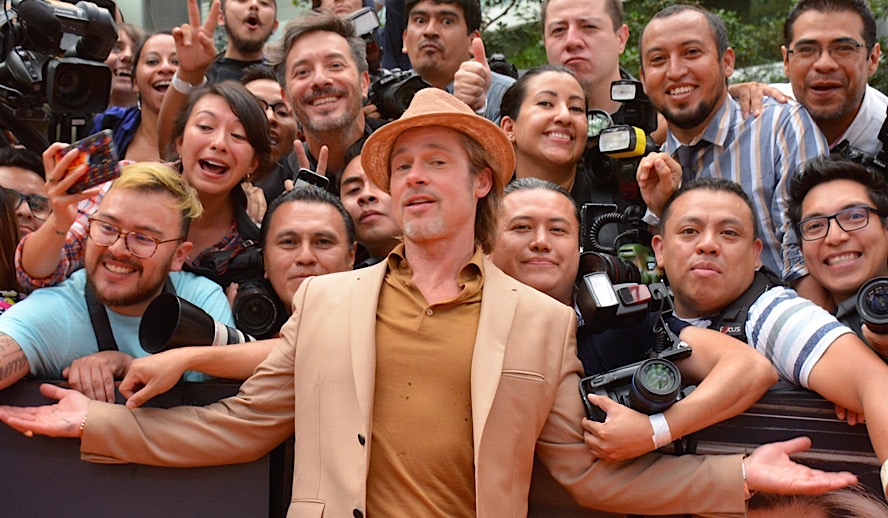 Meet Oscar winner, BAFTA winner, SAG winner, Golden Globes Winner, Critics Choice winner, LOVED BY ALL winner. And on and on it goes. Brad Pitt has been renewed for all future seasons and more.

Brad Pitt is one of the first actors I took note of as a child. Thanks to Oceans 11 among others I always had a special place for Pitt’s films and admired his performances. The confidence, the swagger, the eating 24/7, it all left a mark on me as I dreamt of one day making movies. Even before I was really aware of celebrities and their lives, I was aware of his life outside movies. Pitt was never a favorite of mine, or at least when people asked my favorites I never considered him. But when looking at the love and media coverage Pitt has received over the course of award season, it fills me with joy and a greater appreciation for Pitt and his career. Here are some observations on Pitt and why I am so ecstatic for all the attention the actor has received.

Pitt’s Movies Before and After 50: Why they aren’t so Different

When looking at Pitt’s career, I think it is easy to assume that the artistic and award-worthy performances have been more recent. But that isn’t the case. Though his roles in The Big Short, Once Upon a Time… in Hollywood, and Ad Astra come to mind, he’s been taking on various movies more than the average filmgoer may notice. His more mainstream releases tend to fit the cool attitude he’s come to be known for, but The Assassination of Jesse James by the Coward Robert Ford, Burn After Reading, The Curious Case of Benjamin Button, The Tree of Life, and Moneyball (all late 2000s and early 2010s) were high caliber performances worthy of praise. Even earlier roles would showcase the potential Pitt carried throughout his Hollywood career, who then began to tap into it around 2007.

Los Angeles Premiere of Once Upon A Time… In Hollywood

That said, I’ve noticed a stark contrast between his two releases this year and those in the past. Even in those aforementioned performances, Pitt was still…Pitt. There is this charm and quality that Pitt always brought with him and kept his persona alive in every film. But in the case of Once Upon a Time, I see Cliff Booth and never think, “Oh, it’s still Brad Pitt.” I can’t quite put my finger on what Pitt does so differently, but he finally transcended his persona and became the laid back stuntman. It’s as if Pitt has finally hit that peak I’ve wanted him to reach. His performance as Booth is definitely my favorite Pitt role to date and to see Pitt take home the Oscar was a pleasant sight.

Being famous is not easy. And Pitt certainly knows this. Throughout his career, he’s been at the center of much relationship speculation, drama, and gossip. Trying to raise a family or navigate any job with the paparazzi in your face at any given moment is exhausting and many times leads to the decline or implosion of one’s career. Whether smiling at the cameras, respectfully answering questions, and attending numerous media events, Pitt has kept his cool no matter where he stands and never allows the “confining” life to shake him. These characteristics and persona have helped Pitt stay relevant and like-able alongside his prosperous career, never alienating anyone and working hard to help uplift those around him through humanitarian work.

Cannes Film Festival Premiere – Once Upon A Time… In Hollywood

A New Decade = A New Man

Everyone is noticing the difference in Brad Pitt as of late. And we all love it. He’s answering questions with genuine honesty. His speeches are most memorable thanks to quips that work in tandem with his newfound kindness and appreciation for his peers. He calls out the media in a jovial manner for the different speculations that always surround him like sharks. He’s enjoying this new season in life as a producer and single man. Who knew Pitt was this funny? Who doesn’t love the viral scene of him wearing a name tag at the Oscar nominees luncheon? Or that we’d get the bromance of the year with Pitt and Leo DiCaprio?

Related articles:  A Tribute To The Academy Awards: All Best Actor/Actress Speeches From The Beginning Of Oscars 1929-2019 |

Pitt’s humor and words of wisdom at the SAG Awards while accepting his Best Supporting Actor win may have been the highest point of the new Brad Pitt experience. Inside the jokes and metaphors, Pitt was remarking on the process actors go through when making films. It was refreshing to hear and proved again Pitt is more than just another pretty face.

In a time where change is needed to stay relevant, Pitt has done just that in a way that doesn’t feel forced nor is he uncomfortable doing so. This new and hopefully improved Pitt has the possibility to make an even greater impact in a positive light and having watched him for 20 years, I am excited for what is on the horizon for Pitt. He understands fame and the responsibility it holds and though he certainly hasn’t been perfect, he never gives reason to hate and instead gave us two more great performances in 2019 and a fun introduction to the man that is Brad Pitt.