Eric Bana’s ‘The Dry’: Blistering Australian Mystery Thriller is One of 2021’s Best 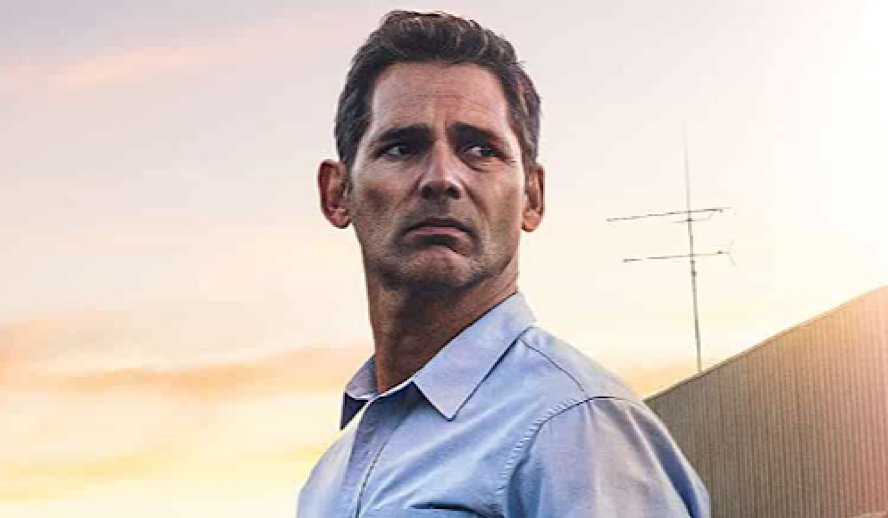 What makes a great mystery? Is it the stomach-churning shock of a perfectly executed reveal? Is it the various loose-ends and maddening misfires assembled along the way to dustily cloud the truth? Or maybe it’s just as simple as convincing the audience to care in the first place. What makes Robert Connolly’s ‘The Dry’ (2021) rise above many similar films and cement itself as a truly great mystery is its impressive ability to accomplish all of the elements above while simultaneously spinning them in an invigoratingly fresh direction.

The latest work from the Australian writer-director of films like ‘Balibo’ (2009) starring Oscar Isaac and the documentary series ‘Barracuda’ (2016), ‘The Dry’ is a tensely complex tale of tragic pasts forming tragic presents. Set in the drought-stricken town of Kierwarra in south-eastern Australia, the film tells the story of a federal agent named Aaron Falk played by Eric Bana who returns to his hometown after twenty years away due to the news of a horrible tragedy involving a childhood schoolmate.

Tasked by his former friend’s parents to investigate the crime, Falk sets out into the town to uncover the various mistruths surrounding the events and a possible connection to the tragic death of a young girl that forced the detective to leave two decades prior. So begins an unrelenting journey into the darkest secrets of both Falk and the township, a satisfying mystery examining the reverberative effects of communal trauma, and one of the very best films to have been released this year.

Fewer and fewer mystery-driven films are made nowadays and those that are, such as Rian Johnson’s surprise hit ‘Knives Out’ (2019), must add something compellingly original to the typical whodunit formula if they seek to leave audiences with more than a listless yawn. This year alone, mystery-thriller films like ‘The Woman in the Window’ (2021) starring Amy Adams and ‘Spiral: From the Book of Saw’ (2021) starring Chris Rock have been largely criticized for their needlessly confusing and decidedly derivate twists and turns that left audiences with far more questions and complaints than answers.

But where those films may falter, ‘The Dry’ more than succeeds. Audiences are slowly drawn in along with the reluctant Falk, lukewarm on the apparently open-and-shut case until small details begin to form a faint trail of breadcrumbs. It is because of this connected perspective between the audience and the Falk character that it is so grippingly engaging when it is revealed there may be more to the stoic protagonist than meets the eye.

Plenty of films examine the destructive effects of lies on small-town life, but very few are able to do so as effectively as Connolly constructs twofold in both the present-day storyline and the concurrent flashbacks to Falk’s adolescence within ‘The Dry’. Not only is the film able to accomplish the incredibly demanding task of creating a crisp new take on the mystery genre, it is additionally able to successfully replicate it in a meaningful capacity with the recollected story of Ellie Deacon and the ghosts that have haunted Falk since her death.

The agent interacts with plenty of faces both new and old upon his return to the town, rekindling a friendship with another acquaintance from his youth played by ‘Rogue One’ (2016) actress Genevieve O’Reilly and striking up a loose partnership with a trusting local sergeant portrayed by Keir O’Donnell. Both figures help Falk in his sifting through the townsfolk and the various deceptions that persist around nearly every corner. Not everyone is as welcoming however, as many still blame the detective for the death of Ellie years prior, characters like the girl’s brother and father constantly harassing him and his associates.

While it is the unabated search for answers that efficaciously draws audiences into the winding story accompanied by the series of gasps and shivers that populate the pursuit, what keeps them invested to the very end is the immersive emotional attachment that the film ultimately inspires. Much of the story’s affectionate weight rests on the capable shoulders of Bana’s agent Falk. The star of director Ang Lee’s forgotten superhero venture ‘Hulk’ (2003) and Steven Spielberg’s five-Academy Award-nominated ‘Munich’ (2005), ‘The Dry’ is the actor’s first live-action Australian film since Richard Roxburgh’s ‘Romulus, My Father’ (2007).

Bana turns in some of his most powerfully understated work in years, carrying much of the weight of the film alongside his younger counterpart played by Joe Klocek. First-time film actress BeBe Bettencourt is also remarkably moving as the distant phantom of Ellie across the flashback portion of the story and is sure to leave a lasting impression long after the film has concluded.

Adapted from the 2016 book of the same name by Jane Harper, the film pulls off the near-impossible in elevating its source material while translating it to the screen. This is often an incredibly risky endeavor and for every successful cinematic retelling of a popular mystery novel, there are innumerable efforts that fall decidedly flat. ‘The Dry’ certifies itself in the category of victors, not quite reaching the towering heights of the likes of David Fincher’s Gillian Flynn adaptation ‘Gone Girl’ (2014) and Martin Scorsese’s Dennis Lehane adaptation ‘Shutter Island’ (2010), but proving itself a worthy film interpretation of Harper’s work and a wholeheartedly immersive experience.

The arid Australian setting of ‘The Dry’ plays an undoubtedly large role in the film’s distinctiveness and individuality. Taking place within a devastating year-long drought, much of the film is blanketed in beautiful desert shots of scorching heat and roaming clouds of dust. The resounding barrenness of the modern town meshes well with the lush greens of nature and rolling rivers present within the more idyllic world of the flashbacks. Both timelines, contrastingly hued as they may be, are equally well captured by cinematographer Stefan Duscio, who previously worked on both of director Leigh Whannell’s films ‘Upgrade’ (2018) and ‘The Invisible Man’ (2020). The camera is often in the action with the characters and Duscio manages to avoid many of the visual cliches inherent to the genre.

‘The Dry’ serves as a fitting return to form for Australian cinema, which has been largely stagnated since the cinematic renaissance that swept over the country in the form of the New Wave movement in the 1970s and 1980s. While firmly standing on its own as a resoundingly fresh step forward, it also serves as a sincere culmination of many of the defining works of the country’s expansive film history and a knowing disciple of renowned classics like Ted Kotcheff’s ‘Wake In Fright’ (1971) and Peter Weir’s ‘Picnic at Hanging Rock’ (1975). Audiences around the world willing to give the film the necessary attention to weave its delicate mystery will find their time dutifully rewarded and likely wondering what other hidden cinematic gems lie waiting in the land down under.